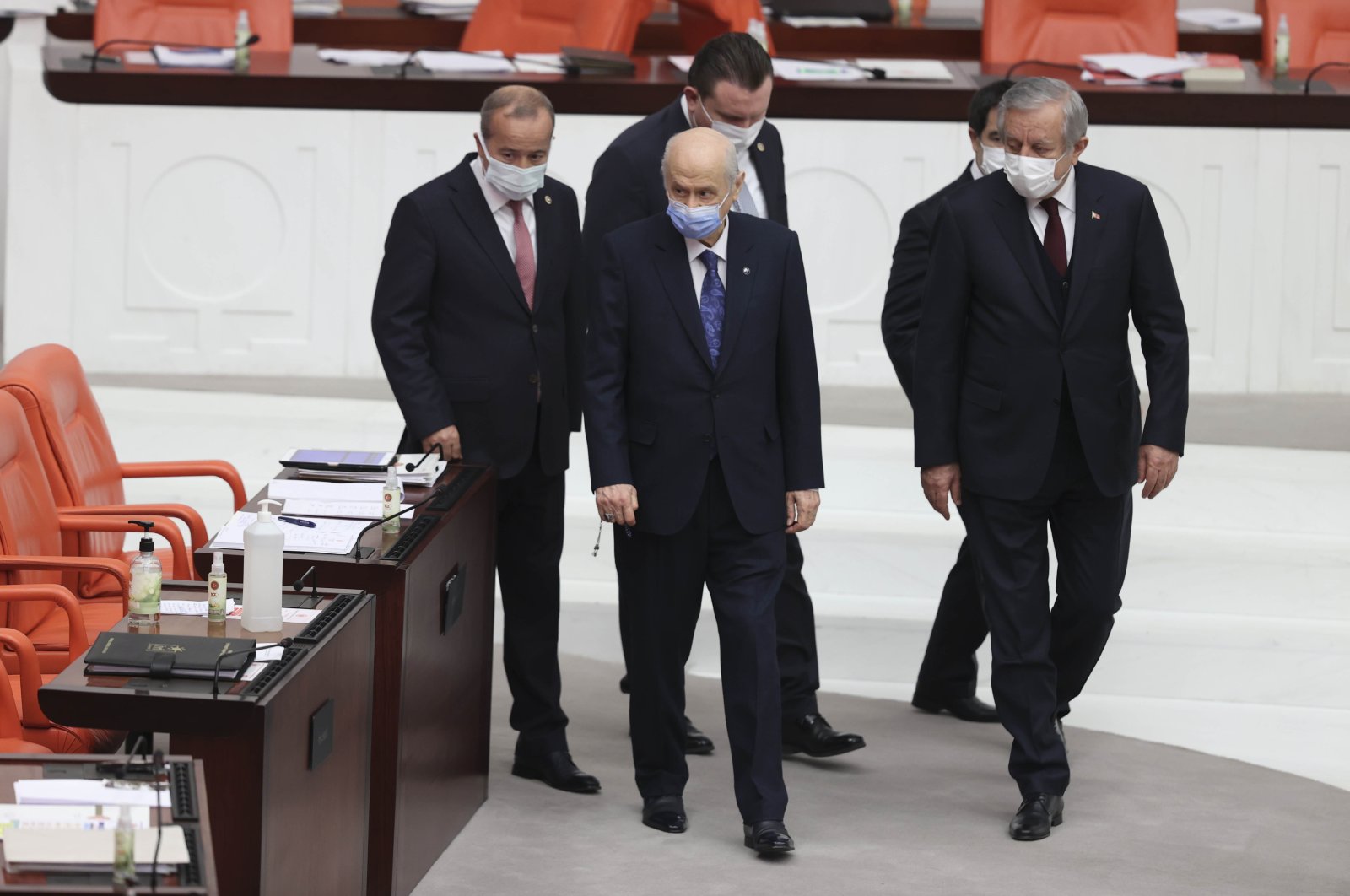 The head of the Nationalist Movement Party (MHP) Devlet Bahçeli once again called on Good Party (IP) leader Meral Akşener to return to the MHP on Thursday.

Speaking at his party’s meeting of provincial heads, Bahçeli reiterated his call to "return home."

The IP is an offshoot of the nationalist MHP formed when a group of party members split from the MHP due to Bahçeli's cooperation with the ruling Justice and Development Party (AK Party). Having failed to dislodge Bahçeli in a heated judicial process, MHP dissidents left the party in 2016 and established the IP under Akşener's leadership in October 2017.

Much like its parent party, the IP had a nationalist stance, yet drifted away from its initial raison d'etre by cooperating with the center left-secular main opposition Republican People's Party (CHP).

Bahçeli had made the same call earlier a few months ago to merge the two parties. Upon Bahçeli’s call, President Recep Tayyip Erdoğan also stated that it could be interpreted as a step toward establishing unity in Turkish society in August.