Migrants try to survive on Greek border under threat of violence, coronavirus 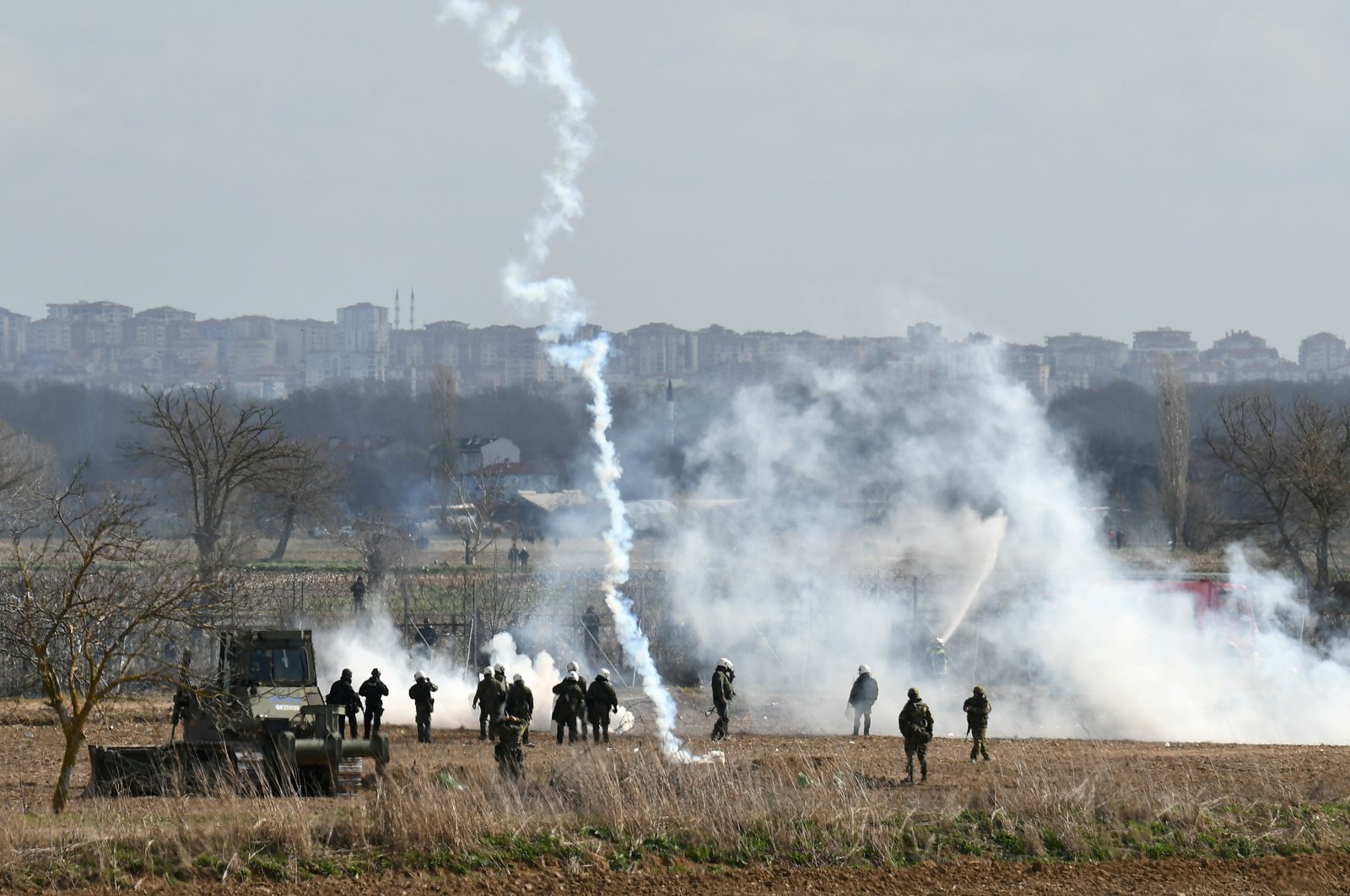 The struggles of thousands of migrants and refugees on the Greek border continue as Greece insists on using violent measures to stem the crossings while the fear of the spread of diseases, especially the novel coronavirus, adds yet another layer to the already harsh conditions.

Two weeks ago, thousands of migrants moved to the Greek border with the hope of starting a new life in Europe after Turkey announced that it will no longer prevent any crossings toward the continent. Since then, migrants and refugees have been fighting for survival against the harsh measures of the Greek authorities as well as the difficult conditions that pave the way for diseases to spread easily.

On Thursday, having had enough of the situation, women and children seeking asylum in Europe protested Greece's refusal to allow their passage to Europe in front of the country's border gate.

Marching toward Greece's Kastanies gate across a buffer zone with Turkey's border gate Pazarkule in Edirne province, members of the group held up signs reading: "Open the gate."

They chanted, "Greece, open the gate" and "Help us."

Speaking to Anadolu Agency (AA), Iranian national Sevda Naruzi said Greece used tear gas canisters to stop the women and children from entering the country, adding: "There are deaths and many injured, including my brother and friends. The European Union shall hear our voice. I want to go to England."

Afghan national Najla Amani said that she wanted to go to Europe to live in better conditions.

"I want to complete my education in France. This is our right. Greece cannot treat us like this," Amani added.

Late last month, Turkey announced it would no longer stop asylum seekers from reaching Europe by land while banning sea crossings as too dangerous.

In making the decision, Turkey complained that the EU had failed to keep its pledges under a 2016 deal on migrants and warned of a new refugee wave coming from the embattled province of Idlib, Syria, along Turkey's southern border.

Thousands of asylum seekers have since flocked to Turkey’s Edirne province, which borders Greece and Bulgaria, to make their way to Europe.

In the two weeks since asylum seekers were able to reach the border, nearly 2,500 have been wounded by measures used by Greek border guards.

The Greek reaction to asylum seekers has been harsh, with thousands battered, attacked or tear-gassed by Greek forces, and several killed.

Turkey has also criticized what it calls Greek authorities’ brutality toward the asylum seekers at the border.

Turkey, which already hosts nearly 4 million Syrian migrants, more than any other country in the world, has said it would be unable to absorb yet another refugee wave.

Escalating attacks by the Bashar Assad regime and its allies in Idlib, Syria have sent a fresh wave of refugees toward Turkey's border.

However, while failing to reverse Greece’s actions, migrants received positive news from the European Commission, ensuring that no coronavirus cases have been found among those waiting at the Greek border. The news came after rumors spread that one of the refugees had contracted the virus. However, the commission informed that the aforementioned case was actually one of the locals from the Greek side, not a migrant.

Following the rumors, news came Friday from Edirne’s provincial health manager Ali Cengiz Kalkan, who heralded that there are thermal cameras at the border to identify migrants with high body temperature in order to prevent any further spread of the virus.

Kalkan said that in case of such a situation, all the health personnel of the province are currently on alert and ready to take necessary measures. He also ensured that there are no cases of the virus yet at the border.

Meanwhile, EU interior ministers are to meet in Brussels on Friday with the pressing topics of the COVID-19 pandemic and the tense situation at the Greek-Turkish border on the agenda.

Ministers are to be briefed on the latest developments on the EU's border with Turkey.

EU officials announced last week that extra border guards and money would be sent to Athens to prevent illegal crossings. Interior ministers are to hear how the implementation of the measures is progressing.

National home affairs officials are also to discuss the outbreak of the new coronavirus, which continues to spread throughout Europe.