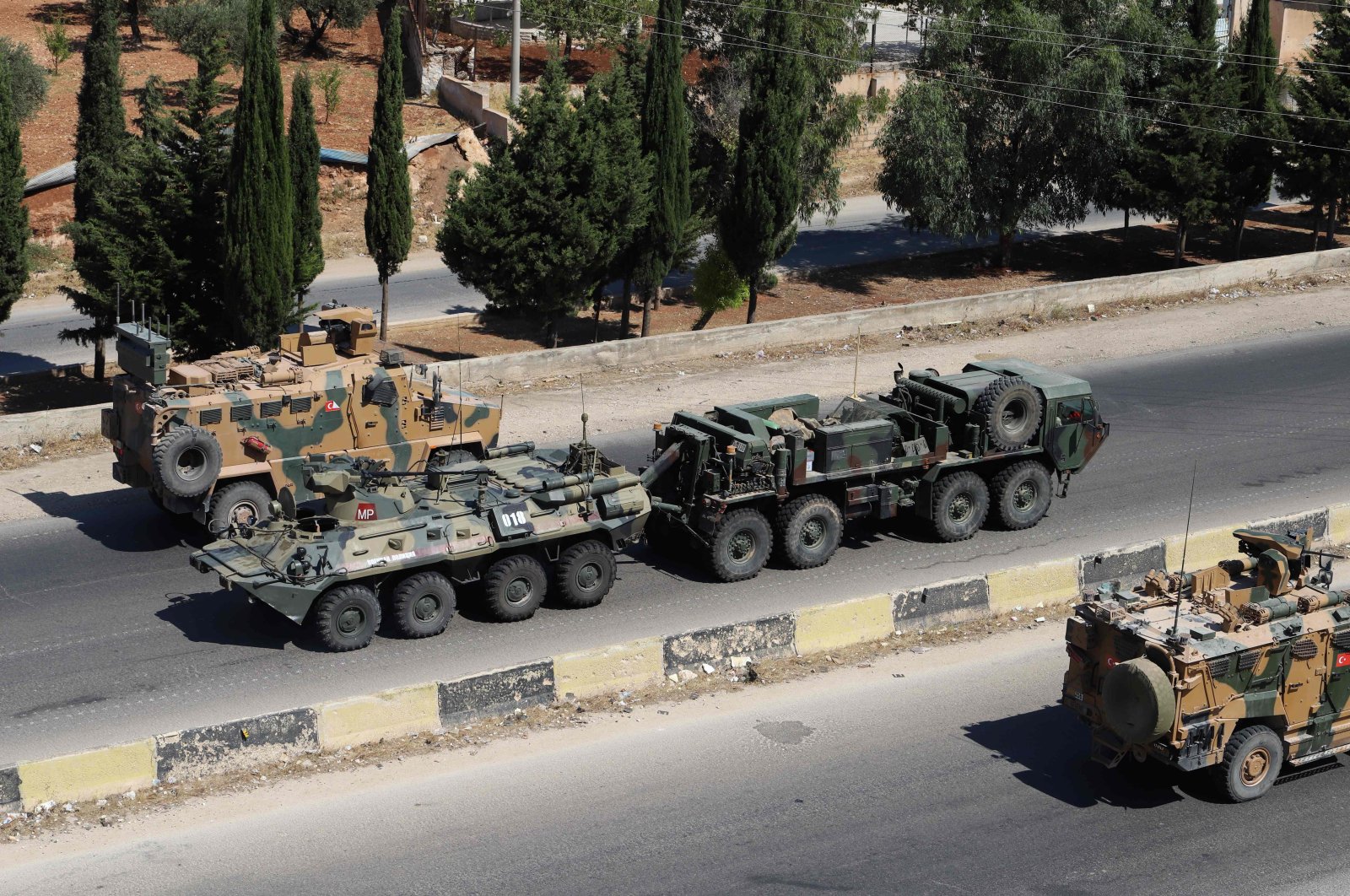 A Turkish-Russian military convoy tows a damaged vehicle after its joint patrol was reportedly targeted on the strategic M4 highway, near the Syrian town of Urum al-Jawz south of northwestern Idlib province, on Aug. 25, 2020. (AFP Photo)
by DAILY SABAH Aug 25, 2020 1:06 pm
Edited By Dilara Aslan
RECOMMENDED

“A vehicle in the convoy has been slightly damaged due to the explosion that took place during the 26th joint ground patrol on the M4 highway in Idlib within the scope of the March 5 agreement between Turkey and Russia,” the Turkish Defense Ministry said in a written statement.

According to the Interfax news agency, the Russian Defense Ministry stated that two servicemen had been injured.

A similar attack, where a Turkish military vehicle was hit by a blast, took place during the 25th joint Russian-Turkish patrol last week.

Turkey and Russia, which back opposing sides in Syria's war, agreed on March 5 to halt military activity in the northwestern Idlib region after an escalation of violence displaced nearly 1 million people and brought the two sides close to confrontation. The deal addresses Turkey's main concerns, stopping a flow of refugees and preventing the deaths of more Turkish soldiers on the ground.

Idlib has long been under siege by the Bashar Assad regime's forces and its allies, and previous cease-fires for the region were plagued by violations.