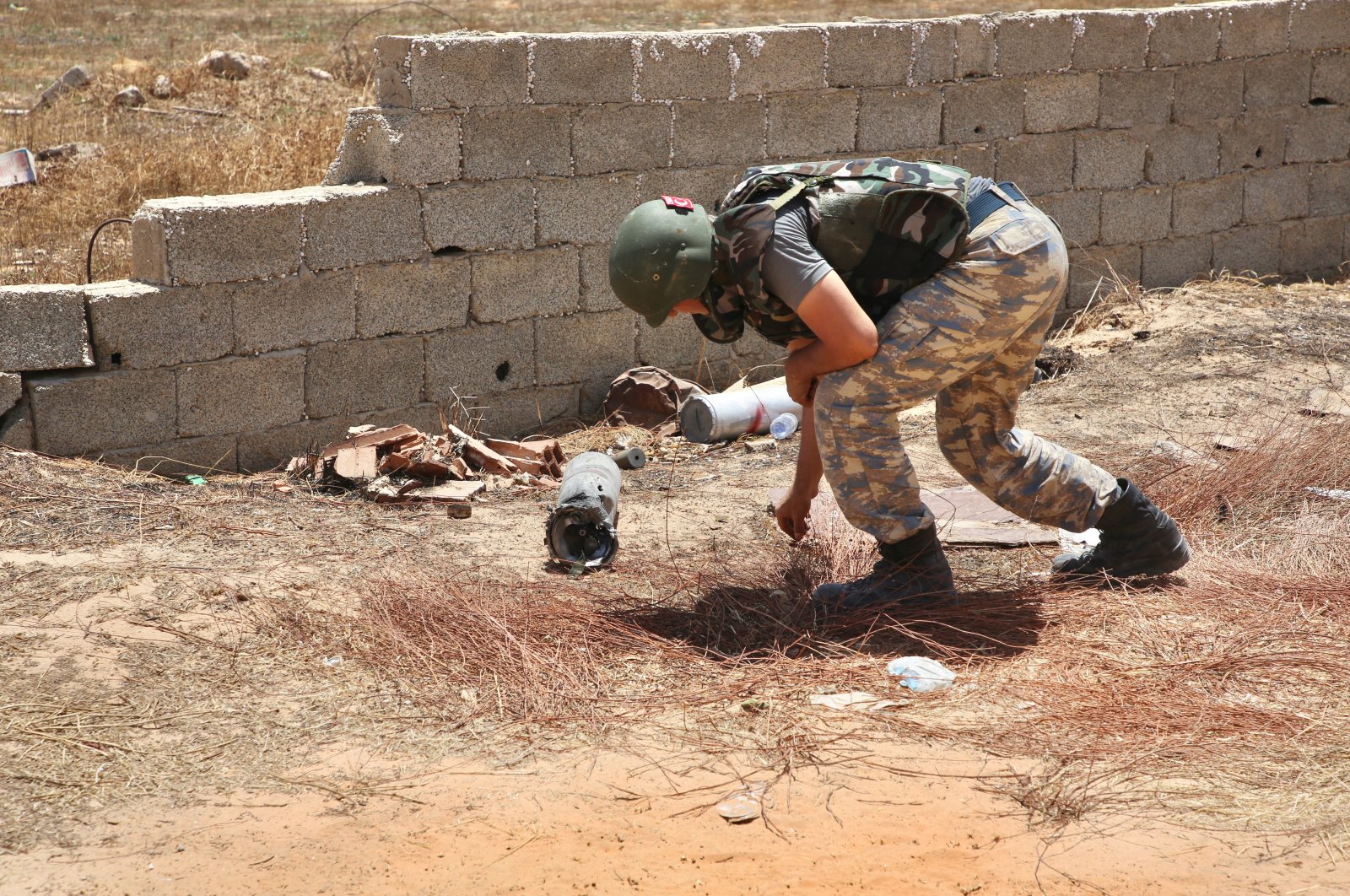 Meanwhile, the Libyan Defense Ministry said the recent airstrikes on the al-Watiya air base were carried out using "advanced technology."

The blast occurred in the south of the capital Tripoli, Health Ministry officials said.

Two volunteers from two different nongovernmental organizations (NGOs) who were carrying out demining activities in the region died in another explosion the day before.

Stephanie Williams, the head of the United Nations Support Mission in Libya (UNSMIL), extended her condolences to the families of the volunteers.

Williams drew attention to the fact that forces loyal to the "Libyan National Army" led by Haftar had planted mines in the region regardless of whether there were civilian settlements or not.

According to reports, 57 explosions have occurred in the region so far due to landmines and explosives planted by Haftar's forces.

"The indiscriminate planting by forces affiliated with the Libyan Arab Armed Forces (loyal to Haftar) of explosive devices in civilian neighbourhoods, that have since late May reportedly killed and injured 81 civilians and 57 non-civilians, including mine clearance workers, is a potential violation of international law,” she warned.

Meanwhile, Deputy Defense Minister Salahaddin Namrush said the airstrikes targeting the military airbase west of capital Tripoli were carried out using "advanced technology," which he said did not exist in the country.

"It is out of the question for Haftar to own these jets unless a foreign power gave them to him," Namrush said.

He continued by noting that they have discovered jets carrying ammunition and fighters landing in the al-Qardabiya base in Sirte.

"Turkey is on the same page with the Libyan government regarding the idea that the government needs to establish control over all areas in the country," he added.

Al-Watiya air base, which was recently recaptured by Libya's internationally recognized Government of National Accord (GNA) from eastern forces loyal to putschist Gen. Khalifa Haftar, was hit by unknown planes Sunday.

The recapture of al-Watiya air base by the GNA in May marked a turning point in the conflict that eventually saw an end to Haftar's 14-month campaign to seize the capital as the latter began to retreat to the new frontlines along the coast.

Turkish support was vital to the GNA in defeating the Haftar's offensive, thanks to advanced air defenses and drone strikes that targeted rival supply lines and troop build-ups.

Turkey's Defence Minister Hulusi Akar was in Tripoli for meetings with the GNA on Friday and Saturday and swore to do all that was necessary to help the country.

Haftar is mainly backed by the United Arab Emirates (UAE), Russia and Egypt. During their advance on Tripoli last year, Haftar's forces were assisted by air support from Egypt and the UAE.