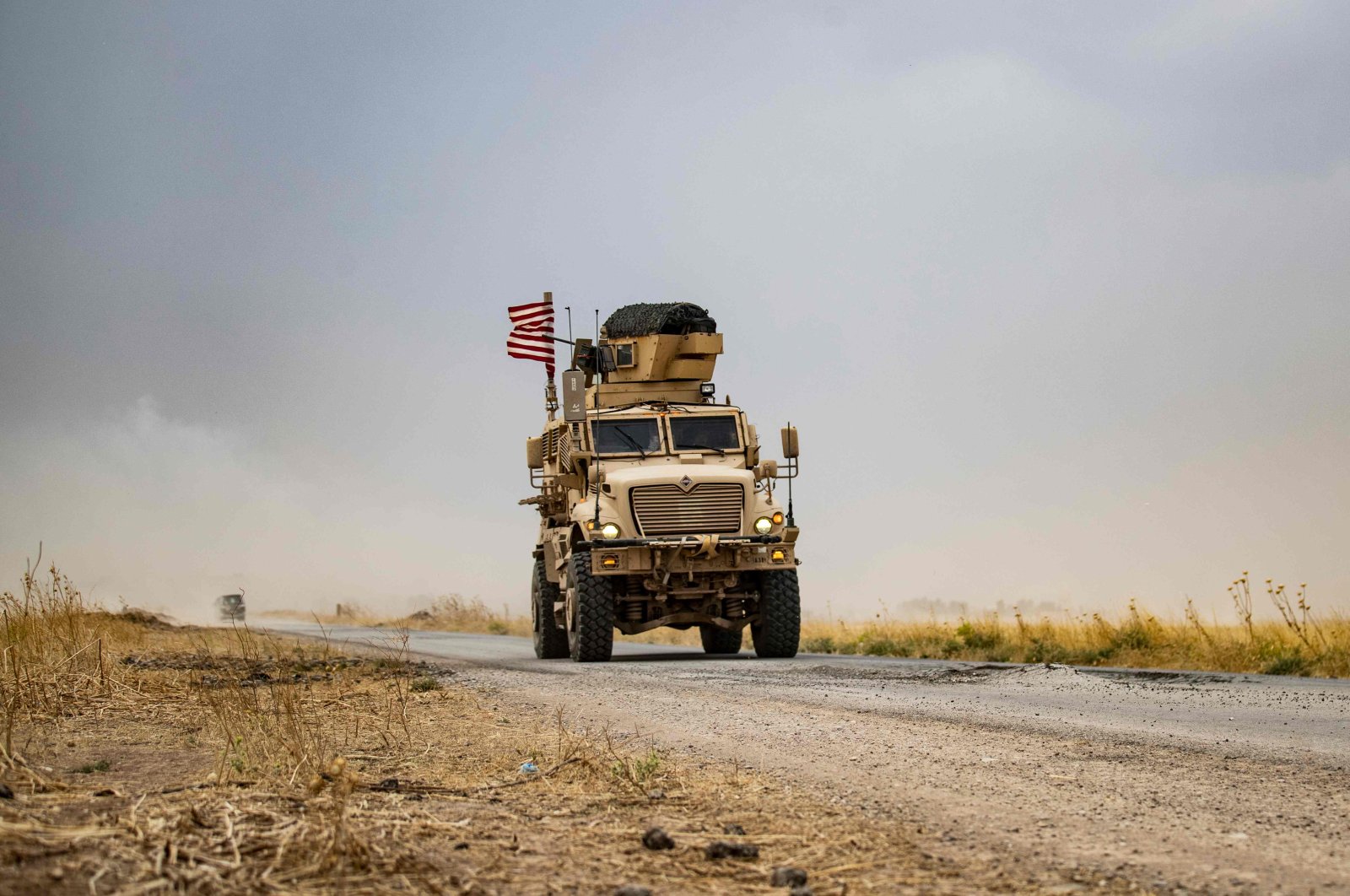 A U.S. military vehicle drives in the vicinity of an oil field in Rumaylan amid a sandstorm in Syria's northeastern Hasakeh province, July 1, 2020. (AFP Photo)
by DAILY SABAH WITH AGENCIES Jul 02, 2020 12:41 pm
RECOMMENDED

More than 1,000 civilians, including 218 children and 113 women, were killed in Syria in the first six months of the year, mostly as a result of bombings, a rights group said Wednesday.

Of the total 1,006 civilians killed, 289 died at the hands of forces of the Bashar Assad regime and Iran-backed foreign terrorists, including 64 children and 24 women, while Russian forces killed 205 civilians, including 62 children and 48 women, according to the report released by the Syrian Network for Human Rights (SNHR).

Meanwhile, the report said 34 civilians, including eight children and one woman, were killed in attacks carried out by the YPG/PKK terrorist organization.

While seven civilians, including one child, were killed by the Daesh terror group, 26 died at the hands of armed anti-regime groups and factions of the opposition, it said.

The report also documented the killing of 436 civilians, including 82 children and 38 women, by unidentified parties.

Among these were three media staff, as well as 12 health workers and members of the White Helmets civil defense group.

Syria has been ravaged by a civil war since early 2011, when the Assad regime cracked down on pro-democracy protesters. Hundreds of thousands of people have been killed and more than 10 million displaced, according to U.N. estimates.

The March 6 protocol between Ankara and Moscow urged all parties to halt fighting in the de-escalation zone and has brought relative calm to northwestern Syria’s Idlib region, which witnessed heaviest clashes and highest death tolls in recent years.

The region is currently home to about 4 million civilians, including hundreds of thousands displaced in recent years by regime forces throughout Syria, with some likely using the cease-fire as an opportunity to return home.

U.N. calls for end of conflicts

As the risk of fresh clashes still threatens the war-torn country, the United Nations Security Council has demanded an “immediate cessation of hostilities” for at least 90 days in key countries including Syria, Yemen, Libya, South Sudan and Congo to tackle the COVID-19 pandemic.

The U.N.’s most powerful body voted unanimously Wednesday to adopt the resolution after the U.S. and China resolved a lengthy dispute over the World Health Organization (WHO).

Germany’s U.N. Ambassador Christoph Heusgen, the council president for July, announced the result calling it “a sign for hope for all people currently living in conflict zones around the world.”

“It is now the obligation of the council – and all parties to armed conflicts – to implement this resolution in our work this month and beyond,” he said.

The resolution backs Secretary-General Antonio Guterres’ March 23 call for global cease-fires to tackle the pandemic. It calls on all warring parties to pause and allow safe and unhindered delivery of humanitarian aid and medical evacuations.