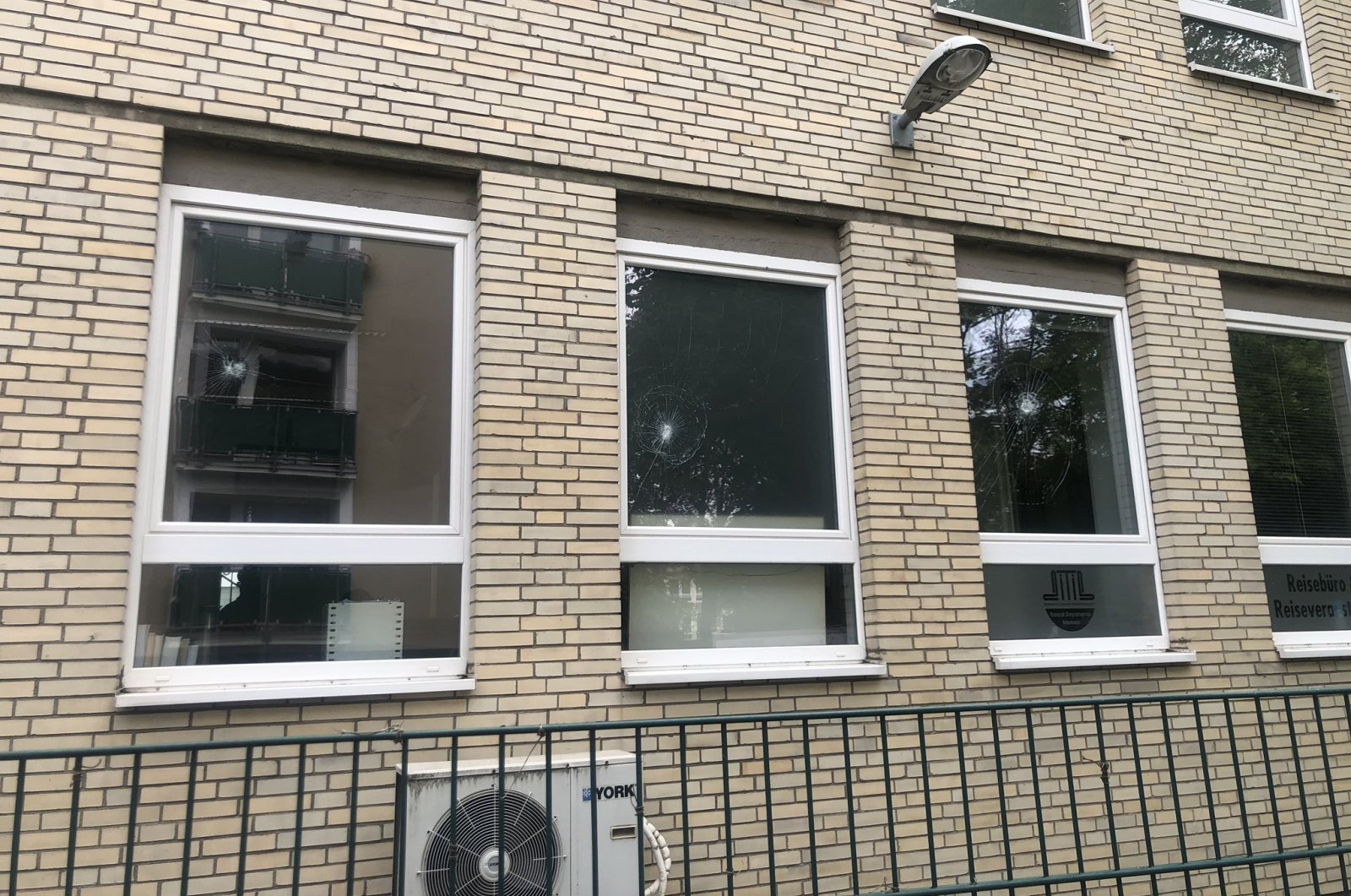 Image shared by the Turkish Embassy in Cologne on Twitter.
by DAILY SABAH May 10, 2020 12:17 pm
RECOMMENDED

Several people attacked a mosque and a social center of the Turkish-Islamic Union for Religious Affairs (DİTİB) in Germany’s Cologne Saturday morning – a day before places of worship were planned to be reopened in light of the easing of measures to fight the spread of the novel coronavirus.

The assailants threw stones at the two institutions and damaged several windows. The Turkish Embassy in Cologne slammed the attack on Twitter calling for the attackers to be sought out and brought to justice.

CCTV footage shows that the perpetrators hurled the stones at around 1 a.m. The imam was still in the mosque during the attack, but no one got hurt.

The mosque was closed for eight weeks due to the pandemic measures and was opened Saturday as lockdown measures were eased.

DİTİB General Secretary Abdurrahman Atasoy said the attack overshadows the gradual opening of the mosques. He pointed out that a connection to this could not be ruled out. Even in Ramadan, the holy month for millions of Muslims around the world, and under these special circumstances, Muslims do not appear to be spared of Islamophobia, Atasoy said.

Attacks on mosques in Germany are not a rarity. Another attack happened at the beginning of May where a mosque in western Gelsenkirchen was subject to Islamophobic slander on their walls. In the previous year a total of 184 mosque attacks were recorded, meaning that every other day an Islamic place of worship was targeted.

Due to the rise of Islamophobic attacks in recent years the Federation against Injustice and Racism (FAIR) came up with an initiative against the rising numbers of such attacks, named “Brandeilig.” They state that many attacks went unreported and their aim is to bring attention to this issue as the states tend to overlook these attacks.