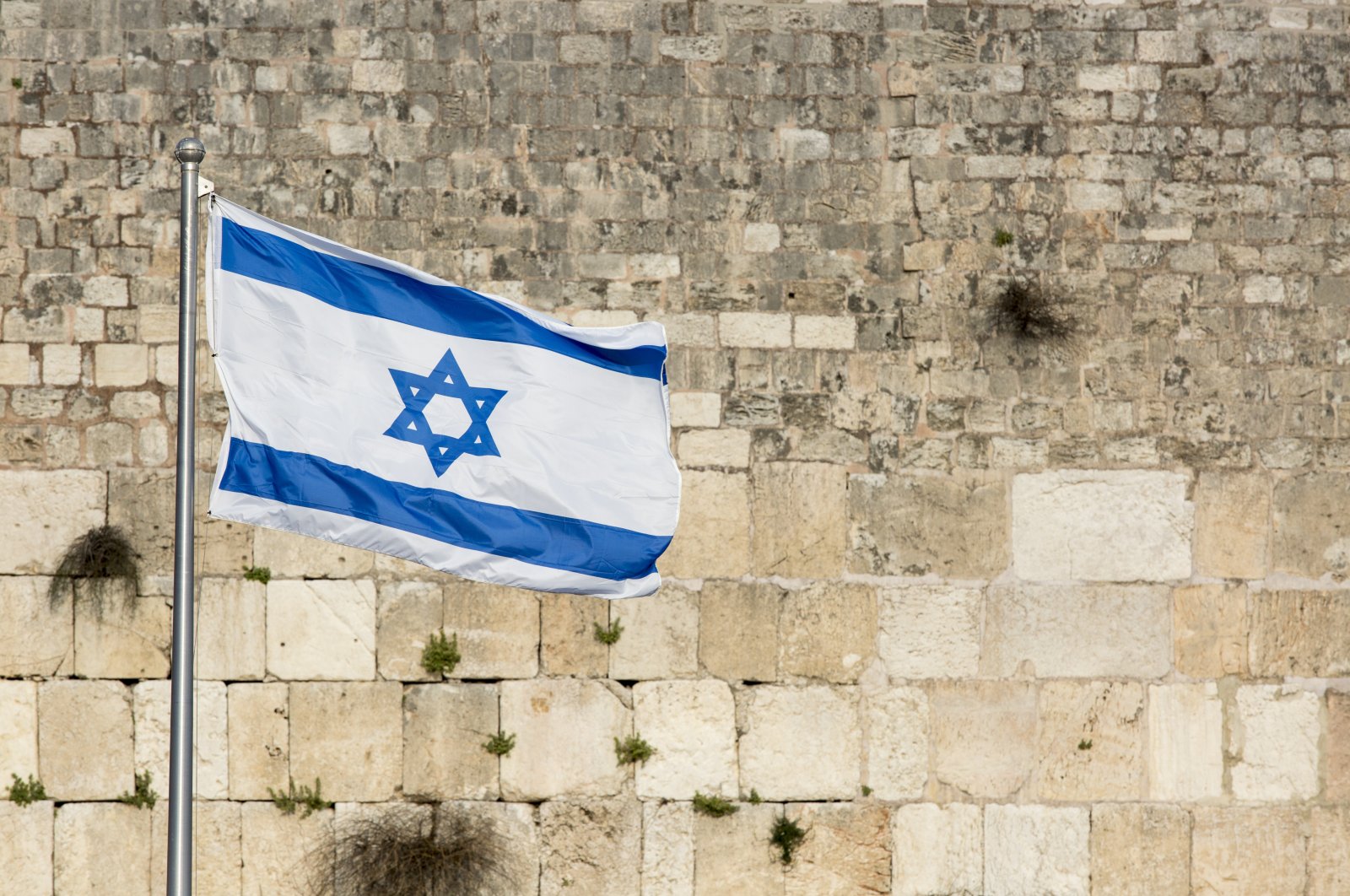 An Israeli flag flies over the Western Wall, in the Old City in East Jerusalem, occupied Palestine. (Getty Images)
by Abdurrahman Şimşek Oct 22, 2021 10:58 am
RECOMMENDED

A member of a 15-person network of operatives working for the Israeli intelligence agency Mossad to gather information about Palestinians in Turkey said he received thousands of euros for the files and met with a Mossad case officer in Switzerland. For the purposes of this article, he will be referred to as M.A.S.

“I met face to face with the Mossad official. He taught me to encrypt files on the laptop,” M.A.S. was quoted as saying by Sabah newspaper.

According to the news article, M.A.S. had a company that provided consultancy to students coming from abroad to Istanbul. Mossad first contacted him in December 2018 through an agent called A.Z., who reached him through an unknown number on WhatsApp.

He asked M.A.S. for information about his business, claiming that he had Arab-origin customers in Germany whose children wanted to study in Turkey.

The agent aimed thereby to learn how Palestinian students entered universities in Turkey and what kind of opportunities the Turkish government and municipalities provided them with. After a week, the suspect who sent his work to the Mossad official received hundreds of euros through Western Union.

This was the first parcel of money that he was to receive over three years. M.A.S. also agreed to work on a separate file on Palestinian nongovernmental organizations (NGO) in Turkey for Mossad, which he encountered for the first time face-to-face in 2019.

A.Z. told him he has a close friend who wants to help the Palestinian people, with the initials M.C.

This friend was another case officer who told M.A.S he is working in the European Union and could communicate with him through Protonmail.

M.A.S. explained that he received thousands of euros in return for the files and that he once took the money from a market in Istanbul’s Batışehir by showing his ID and receipt.

Mossad also wanted to learn how Palestinians coming to Istanbul Airport during COVID-19 that could not leave were aided.

The two stayed in contact until April 2021, when M.C. asked M.A.S. to meet him in Europe with all of his expenses covered. M.A.S. was sent an invitation letter by a front company called European Student Guidance Center (ESGC) through the Switzerland consulate general in Istanbul.

M.A.S received his visa from Switzerland within the hour, flew to the country and was met by A.Z. at Zurich Airport.

He guessed A.Z. was around 60-65 years old and 1.80 meters (5 feet 9 inches) tall. He was given 500 euros ($580) and was brought to a hotel. He met M.C. at another hotel and was taught in his room how to encrypt Word files on Protonmail. Further contact between the two was made through Protonmail.

M.A.S. elaborated that he went to Zurich once again in August where he met with M.C. and another man called John. After M.A.S. got suspicious that they might be intelligence agents, M.C. told him he could think of them as “an intelligence-like organization with the duty of making research for EU institutions.”

A 200-person team from the National Intelligence Organization (MIT) exposed that a network of operatives working for Mossad had been covertly carrying out activities against Israeli opponents and foreign students in Turkey.

The network, which consisted of five separate cells of three people, was tracked by MIT units for a year. After the information was shared with police, counterterrorism forces caught the 15 spies in a secret operation carried out on Oct. 7 in four provinces.

According to reports, the spies had been providing Mossad information on foreign students enrolled in Turkish universities, especially those who they think would work in the defense industry in the future. The investigation revealed that one of the cells was particularly important as its members were tasked with contacting Mossad field officers and meeting with them abroad.