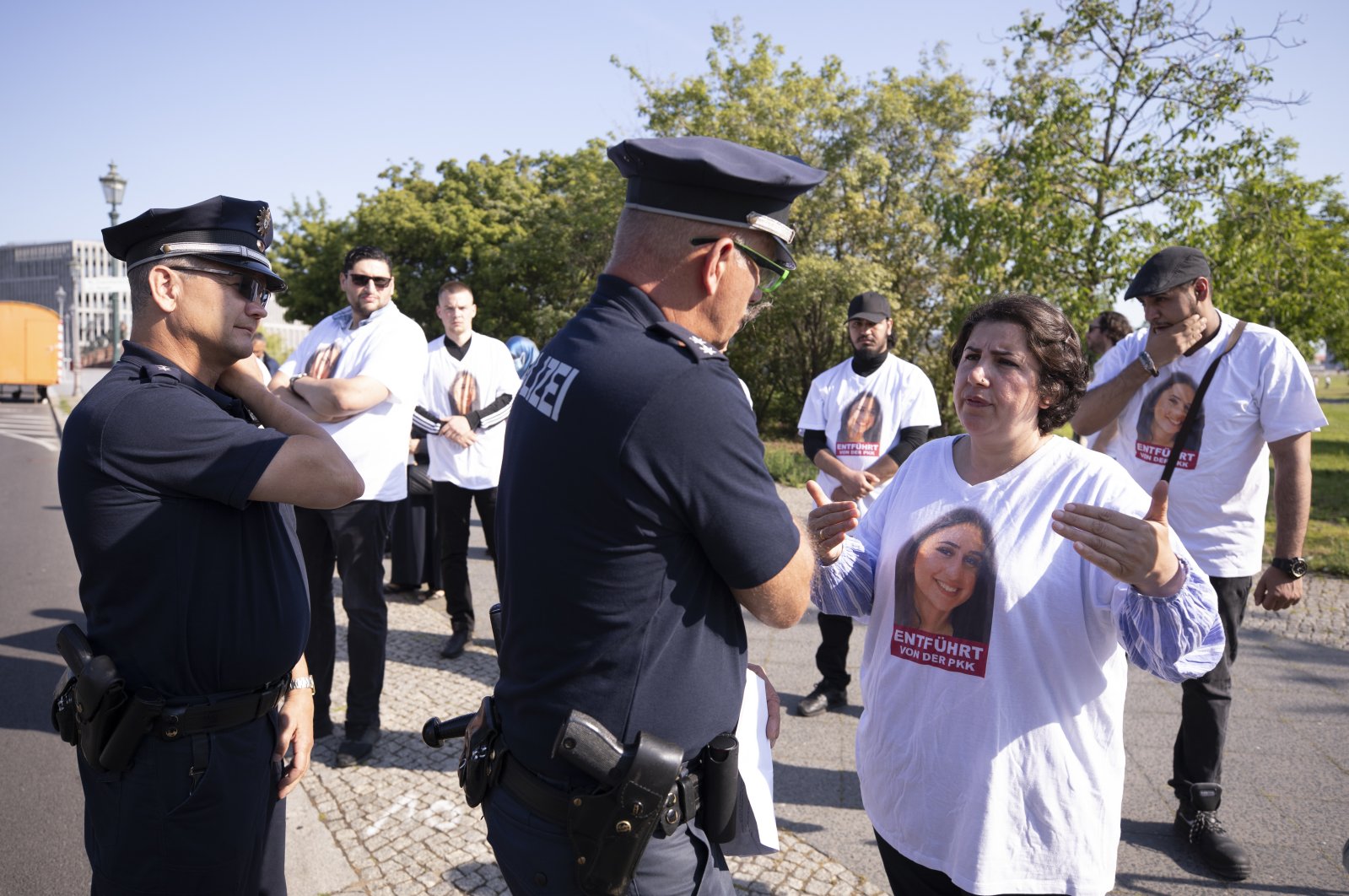 Protesting in front of Chancellor Angela Merkel’s office in Berlin, a Turkish-German mother on Wednesday pleaded for help in rescuing her daughter from PKK terrorists.
Maide T. – from a Turkish immigrant family in Germany – said her daughter Nilüfer had been forcibly recruited by the terrorist group in Germany and unfurled a banner asking for her daughter to be rescued.
The protest – the latest in a series – was held during a Cabinet meeting chaired by Merkel. During a protest in May, Maide told reporters she has been protesting for months – currently over three months – but German authorities have not contacted her so far.
On Wednesday, she said that over time more people have started to join her protests, which pleased her, but also that the coronavirus pandemic had kept the numbers lower than they could be. She said that despite the terror group’s claims, the PKK does not represent Kurds but in fact causes the deaths of many of them, including young people.

"How many people have died up till now?” she asked. "If the PKK had represented the Kurds, it would not cause any deaths of young people."

Maide T. also said she was grateful for messages of support from a group of mothers in Diyarbakır, southeastern Turkey, also demonstrating for their children’s return. Since last September, families have been protesting outside the Diyarbakır offices of the pro-PKK Peoples' Democratic Party (HDP).

Nilüfer T. has been missing since Nov. 12, after she said she was going to school. In addition to Merkel’s office, Maide has demonstrated in front of the Brandenburg Gate, the parliament and a group accused of links to the PKK.

The sad mother had she said her daughter was influenced by PKK propaganda after she visited a cultural center in Berlin last year. Thereafter, she was forcibly recruited and probably sent to a terror camp abroad.