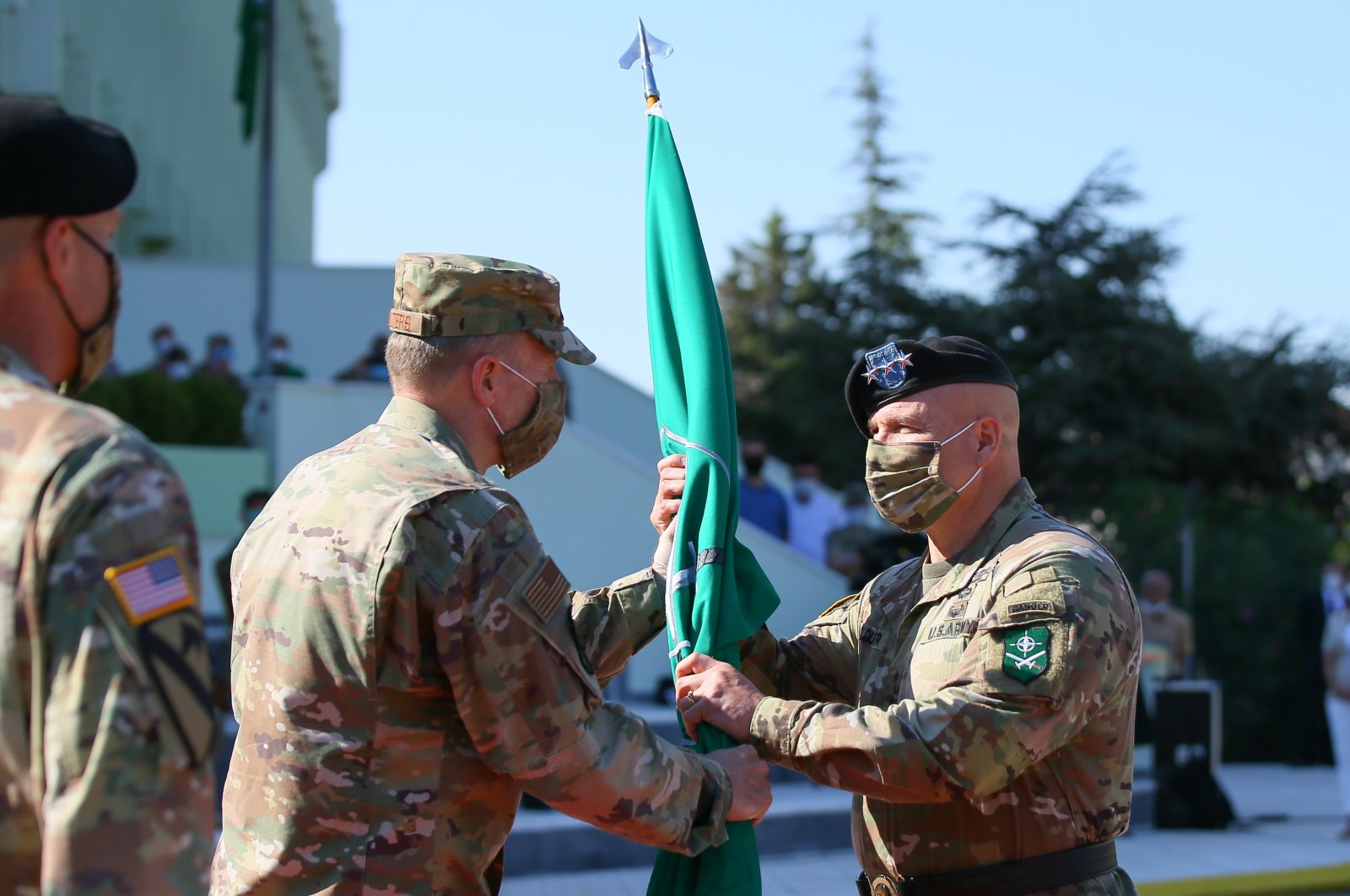 The command, with its headquarters in southwestern Turkey's Izmir, is responsible for advising the alliance on its land warfare.

Cloutier, who priorly served as the commander of the U.S. Army Africa/Southern European Task Force, was preceded by Lt. Gen. John T. Thomson.

In his speech, Wolters thanked Turkey for its hospitality and said it is a great honor to work with the Turkish army.

"We are working with the Turkish army side by side. We are saying goodbye to Thomson, an American army legend, and welcoming another legend. Thomson served the American army for 34 years. (...) Cloutier also served in NATO successfully," Wolters said.

"Peace is a very difficult concept in 2020, considering all the security threats we face. There is also COVID-19, but we know that NATO soldiers will keep the peace as they have done for the last 70 years," he added.

For his part, Cloutier said "The power of Land Forces Command comes from experienced leaders and soldiers working together under NATO flag. We are in a significant time in NATO Land Forces. The importance of the land forces is all the more visible now in the unstable security environment of today's world."

He added that Turkey feels like home and Turkish society and the army is very hospitable.

"Thank you for hosting me. Izmir is a spectacular city. I am honored to be here," Cloutier said.

Thomson said he is honored to have served in Izmir, and they have performed outstanding teamwork during his service.