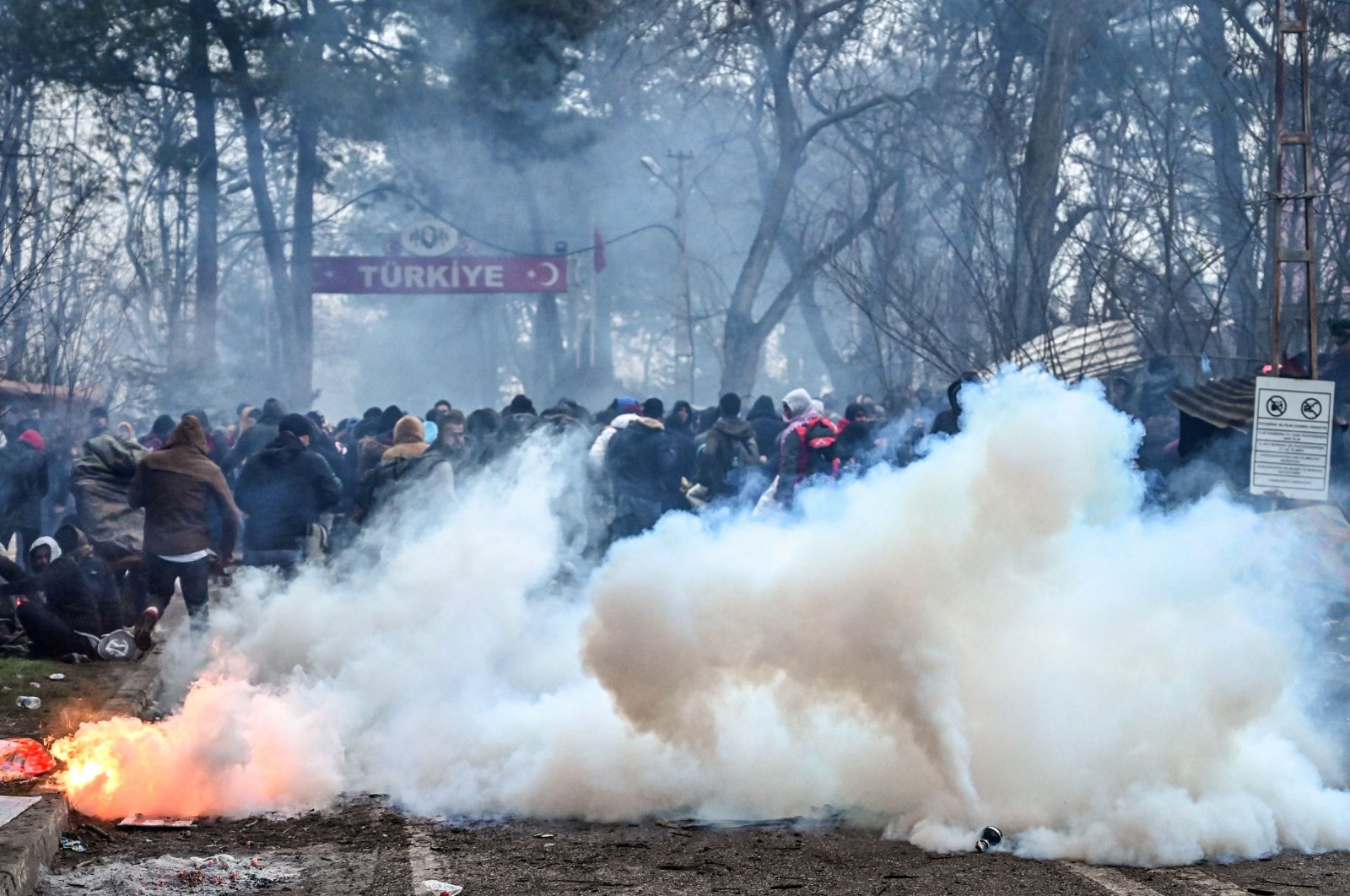 Some 148,763 people have crossed the Greek-Bulgaria border since Feb. 28, the minister said in a televised interview on TRT Haber.

Turkey's decision to open the border came after 34 Turkish soldiers were killed by forces of the Bashar Assad regime in Idlib, northwestern Syria. Turkish soldiers had been stationed in the area to protect local civilians as part of a 2018 deal with Russia forbidding acts of aggression within a certain delineation.

Many have been camping near the Turkish side of the border, despite Greece's insistence that its border is closed. Greece has drawn widespread criticism for using excessive force, including firing water cannons and tear gas to repel incoming migrants.

The Human Rights Watch urged Greece and the EU to respect human rights in light of Turkey's new policy of refusing to halt migrants and refugees trying to leave for Greece. The international human rights group also criticized a decision by Athens to suspend new asylum applications until April and summarily deport those arriving in last month's surge. Also, inhumane conditions in Greece’s refugee camps have been another point of heavy criticism.

Ankara said the European Union seems to have lost its basic values of human rights. During the surge in violence toward the people struggling to cross to Europe, Turkey reported that Greek forces killed some migrants. Yet, Athens has denied allegations that its forces fired at the migrants.

Meanwhile, Turkey has settled a large number of refugees and migrants, previously waiting at the Greek border, at repatriation centers due to concerns over the coronavirus outbreak.

Nearly 5,800 refugees and migrants, who were camping near the Pazarkule border gate in Turkey’s western province Edirne in hope of crossing the Greek border to reach Europe, have been sent to repatriation centers in nine different provinces to prevent a possible spread of the coronavirus, according to Interior Minister Süleyman Soylu.