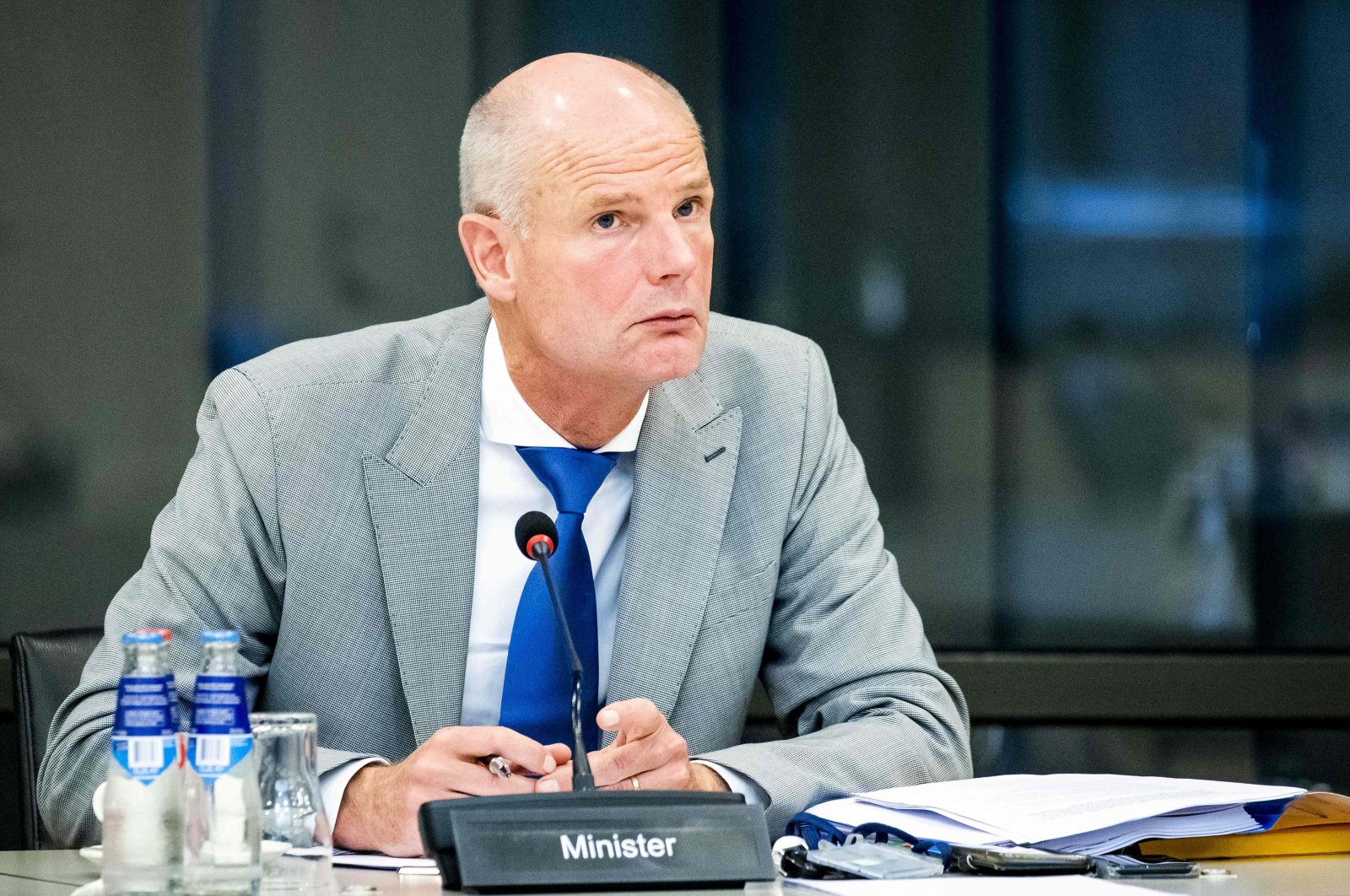 Dutch Minister of Foreign Affairs Stef Blok attends a meeting about the situation in Belarus in the House of Representatives in The Hague, the Netherlands, on Sept. 14, 2020. (AFP Photo)
by DAILY SABAH Sep 18, 2020 3:55 pm
Edited By Dilara Aslan
RECOMMENDED

The Netherlands on Friday announced it is preparing a case against Syria at the U.N.'s highest court, seeking to hold the government of Syrian dictator Bashar Assad accountable for human rights violations, including torture and the use of chemical weapons.

Dutch Foreign Minister Stef Blok told the parliament that Syria has been informed of the legal step, which precedes a possible case at the International Court of Justice, the U.N.'s court for disputes between states in The Hague.

"Today the Netherlands announced its decision to hold Syria responsible under international law for gross human rights violations and torture in particular," Blok wrote in a letter to legislators. It cites Syria's obligation to uphold the U.N. Convention against Torture, which Damascus ratified in 2004.

The Netherlands decided to take action after Russia blocked multiple efforts at the United Nations Security Council (UNSC) to refer a case on human rights violations in Syria to the International Criminal Court, which prosecutes individuals from war crimes and is also based in The Hague.

"The Assad regime has committed horrific crimes time after time. The evidence is overwhelming. There must be consequences," the letter said. "Large numbers of Syrians have been tortured, murdered, forcibly disappeared, and subjected to poison-gas attacks, or have lost everything fleeing for their lives."

“The Assad regime has not hesitated to crack down hard on its own population, using torture and chemical weapons, and bombing hospitals,” he added, "The victims of these serious crimes must obtain justice, and we are pursuing that end by calling the perpetrators to account.”

“For years, thousands have been systematically starved, beaten, and tortured to their deaths in Syria’s prisons. By using the Torture Convention to demand justice for their plight, the Netherlands is standing for countless victims in an action that could ultimately trigger a case at the world’s highest court," said Balkees Jarrah, the rights group's associate international justice director on Twitter.