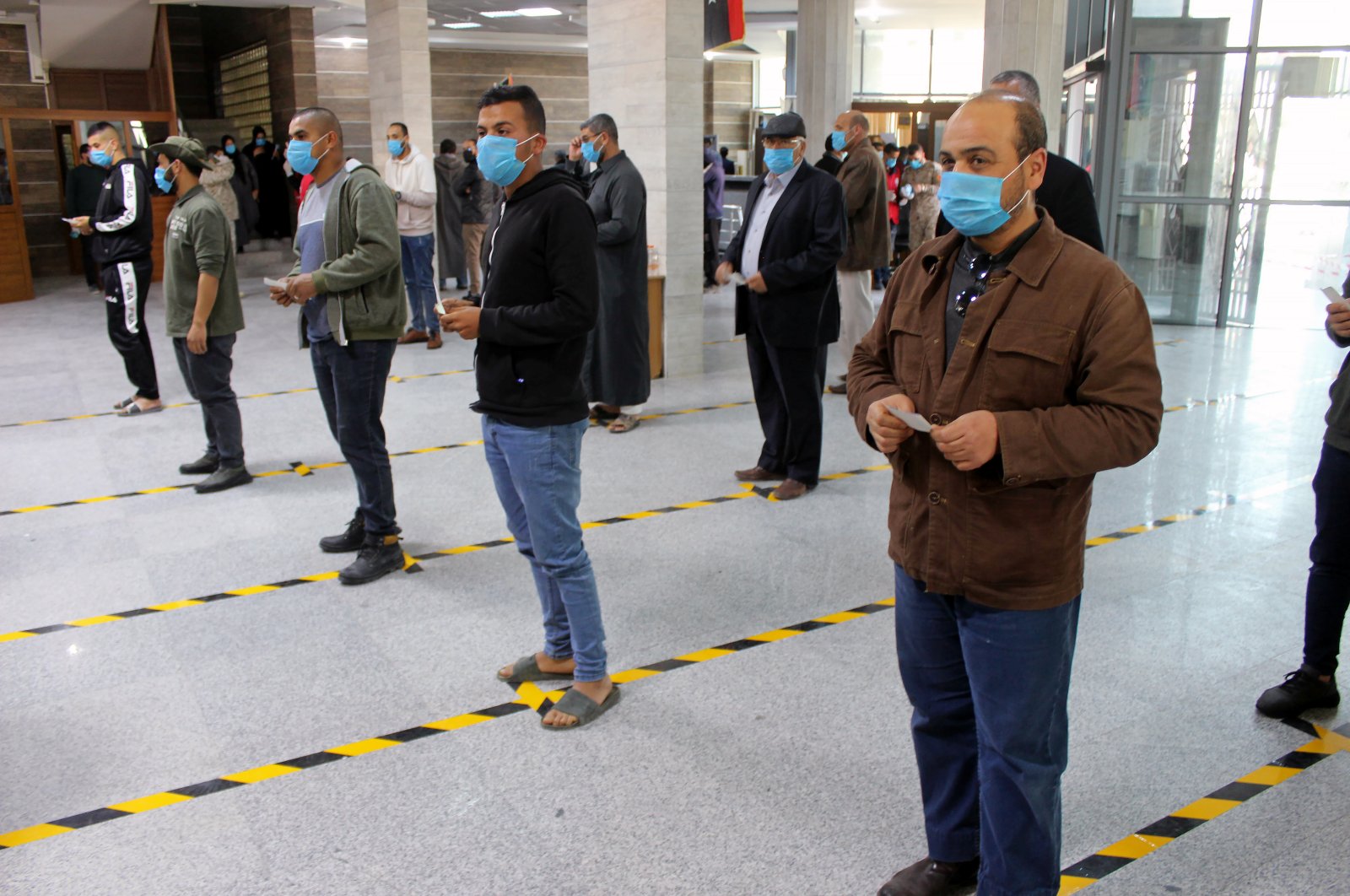 People wear protective masks, as part of precautionary measures against coronavirus disease (COVID-19), as they stand in a queue at a bank in Misrata, Libya March 22, 2020. Picture taken March 22, 2020. (Reuters Photo)
by reuters Mar 29, 2020 10:47 am
Edited By Nurbanu Tanrıkulu Kızıl
RECOMMENDED

Two new cases of the coronavirus have been confirmed in Libya, authorities said Saturday, after the first was detected earlier this week, with international aid agencies warning of a disaster if it spreads.

Battles erupted this week on several fronts in a new escalation after months of suspected imports of weapons and foreign fighters in breach of an arms embargo, and on Saturday one side said a senior commander had been killed.

The two cases were discovered in Tripoli and Misrata, the National Centre for Disease Control said, without giving any further details. The first, confirmed on Monday, was a man who had recently returned to Libya from overseas.

Libya has been in turmoil since the toppling of strongman Moammar Gadhafi in 2011 and is split between two warring administrations. The conflict has wrecked the economy, fuelled migrant smuggling and militancy, and disrupted oil supplies.

The current conflict began nearly a year ago when the putschist General Khalifa Haftar launched an assault to capture the capital Tripoli, seat of the internationally recognized Government of National Accord (GNA).

The LNA is supported by the United Arab Emirates, Egypt and Russia, while Turkey and allied Syrian fighters are backing the GNA.

On Tuesday, the GNA mounted an offensive to try to drive the LNA back from Tripoli, with heavy fighting on several fronts both on the city outskirts and in other parts of the northwest.

In Friday's battles, focused in the southern suburbs of Tripoli and in the area between the coastal cities of Misrata and Sirte, dozens of fighters were reported killed on both sides.

Late on Saturday, an official military source in the LNA said Gen. Salem Deriaq, head of its operations room on the Misrata front, was killed in a Turkish drone strike along with his deputy and a soldier.

The World Health Organisation and other agencies have warned that the fighting will make it far harder to prevent the spread of the coronavirus in Libya, and the United Nations has called for an immediate humanitarian cease-fire.