Ankara no longer accepts UAE’s hostility as 'courage of ignorance' 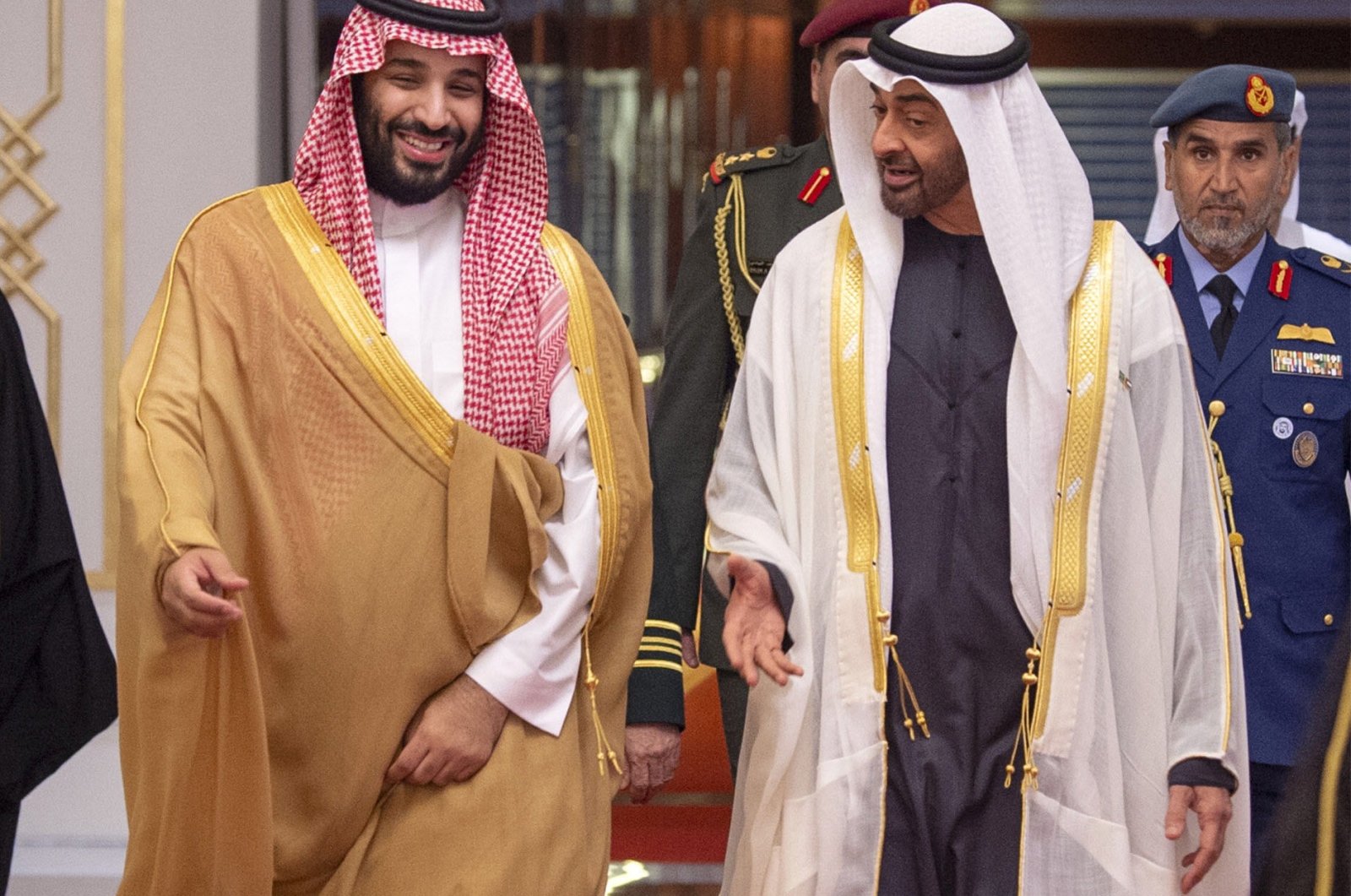 Is clock ticking for tribal monarchy in Gulf?

Turkey has continually proven the genuineness of its policy that prioritizes diplomacy and sees military action as the last resort on the field, most recently in Syria and Libya. While Turkey chose the military option in Syria when the nearly decadelong civil war came to the point of threatening its national security in the past three to four years, it waited to use military force in Libya until the last moment. It declared the reason for its presence to be the invitation of the country’s legitimate government and its borders through the Mediterranean Sea, not only on the grounds of historical and cultural ties but as a guarantee of peace and security. However, this does not change the fact that there are plenty of examples showing that Turkey has not ignored military options when the time and place is suitable.

In this regard, the statements of Defense Minister Hukusi Akar during a televised interview with Al Jazeera not only attracted the attention of the international community but also that of the Turkish public. The statements of the defense minister signaled how the anti-Turkey axis attempting to be established among Gulf countries with the United Arab Emirates (UAE) at the wheel is sabotaging the peace processes in Libya and Syria. For the first time, Akar openly and officially declared that the UAE is financing and operating terrorist groups in these countries against Turkey. “The UAE has to do this with regard to its smallness and influence. In the right time and place, we will pay them back,” he said in unmistakably clear language.

Turkey’s message to countries and powers siding with the UAE in this regard is clear. The price of relying on a country such as the UAE – which is flexible in terms of its financial capacities yet highly fragile in its military, defense, diplomatic and state governance – can be high. The UAE today emerges not as a country that has a deep-rooted democracy and state tradition but rather a tribal state with rich oil fields. It is a rather weak axis country whose sanction of power in international relations comes only through oil and to which the mission of disciplining other weak Gulf countries was outsourced. Apart from comparing the democratic, political and diplomatic capacities of the UAE, a tribal monarchy, with those of Turkey, it is highly senseless in terms of power politics debates in the discipline of international relations to compare the two countries' conventional military capacity.

According to Global Firepower, a leading tracker of global military capacity, Turkey has one of the world’s 10 biggest armies and the second-biggest military in NATO. The UAE, on the other hand, despite its oil, to which it owes all of its power and its defense spending, only ranks 45th.

A wide gap exists between the military and human capacities of both countries, to the disadvantage of the UAE. Even though the UAE seems to be able to pursue its intervening and expansionist policies in the Gulf with the support of the U.S. in the axis of Bahrain, Egypt, Saudi Arabia and Israel, it is difficult for the UAE to display the same performance in a wider sphere of the Middle East that includes Libya.

On the other hand, it is a fact widely accepted by the international community that the UAE is behind all of the problems of the Middle East and the illegal actors disturbing the region’s stability. The UAE’s terrorizing operations and human rights violations are revealed in reports by the United Nations and rights groups. It is understood by all that the UAE, which is the guaranteer of the putschist military regime in Egypt, is now striving for the establishment of a similar putschist puppet regime in Libya. For the creation of this puppet regime, it is using terrorist organizations and illegal elements as a cloak because it has no capacity and ability to manage a large-scale military operation and has no chance of winning a war on overseas battlefields by employing its soldiers – the number of which does not exceed 20,000. Therefore, Abu Dhabi had to withdraw its 3,500 land forces stationed in Yemen and another 3,000 air and naval forces from other regions in the past year.

As a matter of fact, it is a low possibility that the UAE could pursue its policies targeting Turkey and operations in the field without receiving the obvious military-political support of another power. Making such bold statements against NATO’s second-biggest army by relying on small victories won against the Houthis in Yemen, which are a tribe just like the UAE, and on terrorist organizations targeting Turkey cannot be explained as anything other than the courage of ignorance.

Therefore, the latest statements of Akar have to be read with caution since Ankara would not give these messages lightly, just as it waited before entering the field in Syria. Ankara seems decisive in answering the UAE’s destructive and unstabilizing policies of hindering democracy as well as sabotaging peace in a wide region ranging from Syria to Libya to Yemen, not only through words but also deeds. Ankara has openly declared that it will, from now on, not confine itself to diplomatic statements toward Abu Dhabi if it continues its hostile policies toward Turkey and all Arab people. Now, it merely awaits the suitable conditions, time and priorities to give its response.