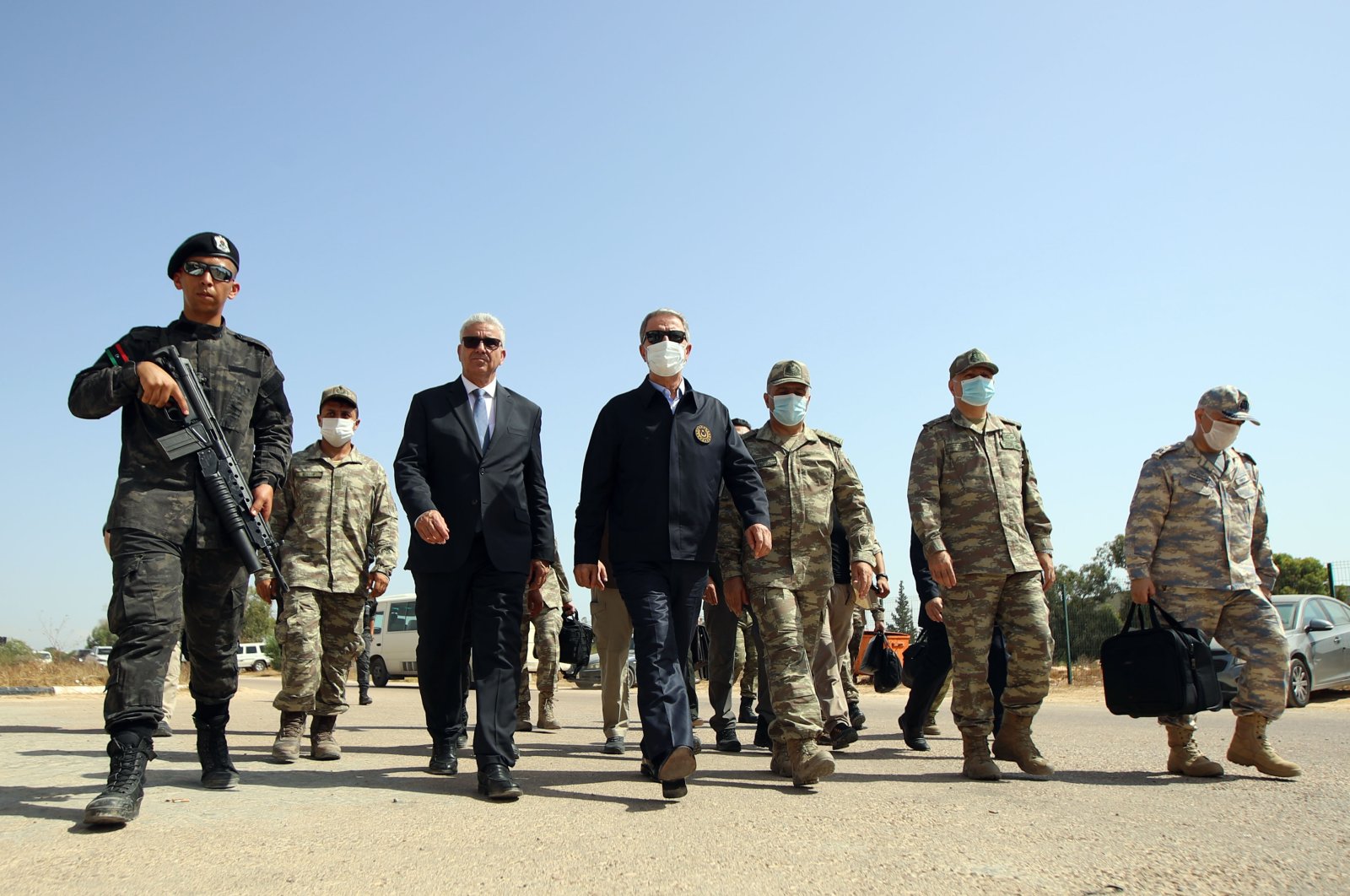 The perpetrators of the attack on al-Watiya air base south of Tripoli that took place over the weekend have become evident. It came to light that the attack was conducted by the Middle East’s darkest force, the United Arab Emirates, through putschist Gen. Khalifa Haftar, whom it supports, and with Egypt's logistical backing, France's warplanes and Saudi Arabia’s political alliance.

Evidently, the consultant of an Emirati prince, Abdulhalik al-Abdullah, was bold enough to write a tweet targeting Turkey, saying, “By bombing al-Watiya air base as the UAE, we gave Turkey the lesson it deserved in the name of the pride of the whole Arab people.” However, he deleted his tweet immediately.

The Libyan Army did not take long to respond to the attack. This time, one of the Russian-made Pantsir air defense system was destroyed.

Moreover, Turkey's reaction to the attack came from the highest level – the presidency. The presidential spokesman stated Wednesday that calling for a cease-fire on one hand and bombing Tripoli on the other is both a violation of international law and displays the real intentions of all of these actors in the field.

Though diplomatic and security circles in Ankara do not openly mention names, it is well known by whom this attack was instigated and with whose support it was carried out. The timing of the attack, which came immediately after Turkey’s defense minister visited Libya, is also considered a message warning Turkey. In other words, Turkey knows that the UAE and other war contractors in Libya are trying to play with Turkey’s nerves.

The UAE’s anti-Turkey sentiment that it established as its Middle East strategy is not only reflected on the field but also in the media. Most recently, Twitter shut down “fake Middle East expert” accounts supported by the UAE that defamed Turkey and Qatar.

According to a news article of the U.S.-based The Daily Beast website, Twitter has blocked access to the accounts of people it deemed unreal, who were publishing under the name of “experts” on websites such as the Washington Examiner and Newsmax. A Twitter official speaking to The Daily Beast underlined that the company had solid evidence that the mentioned accounts were supported by a government. Even though Twitter did not declare that this government was the UAE, it is not difficult to guess that the articles praising the policies of the UAE and targeting Turkey and Qatar are managed and financed by the Abu Dhabi government. In fact, the Emirates’ style of asymmetrical warfare which also bought off Gülenist Terror Group (FETÖ) in order to spread disinformation through media is very well known by all who are experts on the topic.

Meanwhile, another actor testing Turkey’s patience in Libya is Russia, which at every occasion denies its links to the private military company Wagner despite calling frequently for cease-fires. There is innumerable evidence in U.N. reports and the international media, demonstrating the fact that Wagner supported Haftar both on land and air. Still, while Russia is acting as if it were on the same page as Turkey regarding the establishment of a cease-fire, Wagner, as a guarantee for Haftar and oil contracts, is strengthening its presence in Libya.

In its most recent statement, Libya's National Oil Corporation (NOC) highlighted that Wagner mercenaries entered the Sharara oilfield and halted its production, announcing that it possesses images and records attesting to this.

Especially with the tide turning in favor of the Government of National Accord (GNA) in Libya toward the end of 2019, Russia increased its military relations with Haftar and sent 2,500 to 3,000 mercenaries, warplanes, military equipment and arms through Wagner. Russia, just as in the field in Syria, denies Wagner’s presence in Libya through plausible deniability and rules out legitimacy discussions targeting Moscow on the international stage.

Haftar, who heads the Tobruk government, which strengthened its relations with Moscow from 2015 to 2018, gave Russia the guarantee that its already existing privileges in the country will continue in return for Russian President Vladimir Putin’s military, logistical and consultancy support. The Libyan interior minister in November 2019 had indicated that Jufra and al-Watiya military air bases were left to the control of the Wagner Group to conduct attacks on the official government and civilians.

Haftar at the same time supports Russia in blocking Libyan oil production in the regions under his control and increasing oil prices, which are on a decline. Therefore, the loss of oil and gas revenue of the Libyan people has exceeded $5 billion.

At this point, even though Russia voices that it developed good relations with both the official GNA and Haftar and that it supports a cease-fire, it still seems to be on the side of Haftar through Wagner. GNA authorities, the U.S., the United Nations and independent observers verify that there is no change in this issue.

Just as in the case of Syria, all these mentioned state and non-state actors try to test Turkey’s equanimity in the field in Libya as well. Yet, there are multiple examples showing that Turkey does not shy away from being in the field with its combatant forces when all diplomatic options dry up. The red lines of Turkey, which in the upcoming period will continue and increase its support to the legitimate Tripoli government, are much thicker than those of Cairo’s. Thus, it does not seem easy for Moscow and Abu Dhabi to overcome these lines.