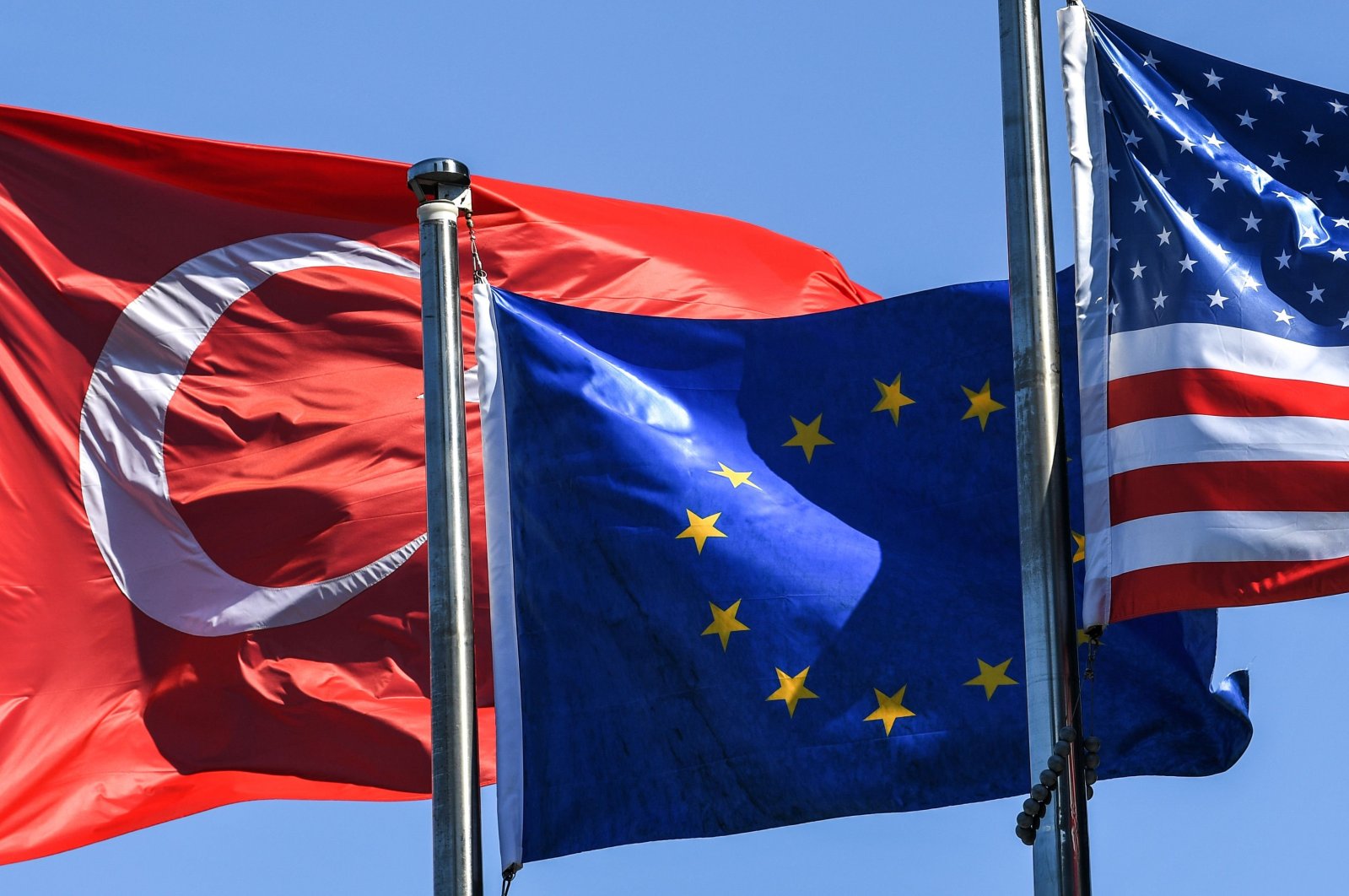 The EU and the U.S. have to accept Turkey’s olive branch for regional and global stability

The world is leaving behind a catastrophic year of a global pandemic in which millions of people have been affected and lost their lives. Despite the deep and negative socioeconomic effects of the pandemic, which are likely to linger next year, it would not be wrong to say that 2020 has been a fruitful year for Turkey's foreign policy.

Throughout 2020, Turkey made a very significant impact in the Eastern Mediterranean, Syria, Libya and especially in the Caucasus, where it is active on the field and at the table. Turkey's foreign policy initiatives, especially concentrated in these areas, have also become a source of tension in Turkey-European Union and Turkey-United States relations. Despite everything, Turkey has emerged as a key stakeholder due to its initiatives to resolve the conflicts in Syria, Libya and the Caucasus in relations to other powers in the region, particularly Russia and some European countries.

Besides all this, Turkey believes that the equation of power, from Nagorno-Karabakh to Libya, from Syria to the Eastern Mediterranean, is now fueled by conflict and chaos. For this reason, Ankara believes that the initiative it has taken in these areas is a win not only for itself and the home country but also for the entire region and the world. For this reason, Turkey is more interested in Armenia taking part in a regional initiative after the end of the Nagorno-Karabakh conflict than anyone else. Likewise, the conference offer for the Eastern Mediterranean where all parties are involved also aims for a peaceful resolution of the conflict.

On the other hand, Turkey's expectations for next year can now be summarized as a more permanent solution to existing problems not only with the countries of the region but also with a broad consensus and alliances on a global scale.

First, it is very clear that Turkey expects a new definition of relations with the U.S. and the EU on its foreign policy course in 2021. President Recep Tayyip Erdoğan already underlined this point in his recent group meeting speech. "In the new year, we desire to turn a new page in our relations with the U.S. and Europe. We do not see our multifaceted political, economic and military cooperation as an alternative to our deep-rooted ties with America. We hope that the European Union also will get rid of the strategic blindness that has driven Turkey away from itself as soon as possible," he said.

Erdoğan also stressed that Turkey has no prejudice against anyone and does not have animosity, hostility or claims on the territory of other countries. "I believe that Mr. Biden, the new president of the U.S., will also pay due attention to Turkish-American relations,” he said, referring to Joe Biden, the elected president of the United States.

Erdoğan’s emphasis can be seen as an extended olive branch to the new administration in Washington, despite Biden's statements during the election, which were far from diplomatic courtesy to Turkey and his popularly and democratically elected government.

In fact, it seems that Turkey will give the Biden administration an opportunity to establish a healthy framework for relations with Ankara, which have become increasingly tense in recent years and a matter of contention in domestic policy, especially in the U.S. Whether this will be the first and last will determine the road map that Washington will follow in relations with Turkey from the end of January.

We can already predict that the repercussions of this quarterback role of Turkey on the field revolving around its proactive diplomacy will be much more visible in 2021. James Jeffrey, the former U.S. ambassador to Ankara and special representative to Syria, explained the importance of Turkey’s role amid regional conflicts that are also on the U.S. agenda. He emphasized that the U.S. cannot protect its interests without Turkey in all these areas.

On the other hand, Turkey will not compromise its increasingly autonomous, mutual reciprocity and mutual interests-based politics to intentional discussions where "Turkey shifting its axis" or "Turkey is no longer be trusted partner for the West" propaganda generated by certain anti-Turkey PR machines. In other words, it would be useless and a waste of time to expect an answer from Ankara to those claims.

But another fact is that, as is common in 2020, the interlocutors in the U.S. and EU must realize that Turkey will also not bow down to the policy of sanctions and blackmail on any issue that is right, and they must develop a strategy accordingly.

In addition to Turkey's take charge, proactive style in foreign policy in the new era, the fight against terrorism and terrorist organizations will continue at its latest pace. In fact, the terror organizations PKK, Daesh and the Gülenist Terror Group (FETÖ) will continue to be increasingly targeted by Turkey regionally and globally.

In a meeting with journalists the previous day, Foreign Minister Mevlüt Çavuşoğlu noted that Turkey will prioritize dialogue and communication in 2021 and will continue to show its soft power. Çavusoglu also added that Turkey will not hesitate to show its strength in the field where its national security interests are at stake while prioritizing diplomacy and will continue to consolidate its smart power.

Important clues to the path that Turkey will follow in foreign policy could also be found in Erdoğan's party speech last week in Parliament. "Despite all our efforts, 2020 was a year in which our relations with Europe and America were tested with artificial agendas. Turkey has faced a double standard that it does not deserve, both on the Eastern Mediterranean issue and on the S-400s. In the new year, we desire to turn a new page in our relations with America and Europe. We do not see our multifaceted political, economic and military cooperation as an alternative to our deep-rooted ties with America,” he said.

Erdoğan, who noted that in the new era Turkey does not have the luxury of turning its back on either the East or the West, stressed that Ankara will continue to work with all countries with which it has extended its olive branch “for peace, justice, prosperity, especially the reduction of tensions in our region." Erdoğan also underlined that in the equation of confrontational international relations in the world, Turkey would attain a "golden ratio," although it seems difficult. He concluded that the new year would be a year of glory for Turkey.

Given all these processes and messages, we are entering a new year in which Ankara will prioritize diplomacy, alliances, reforms and dialogue in foreign policy but will not hesitate to use its hard power in conflicts when necessary. For those who want to better predict Turkey's moves in the upcoming year, these are the tips they should consider. In these circumstances, those who decide to remain Turkey's ally should better understand Ankara’s golden ratio first.