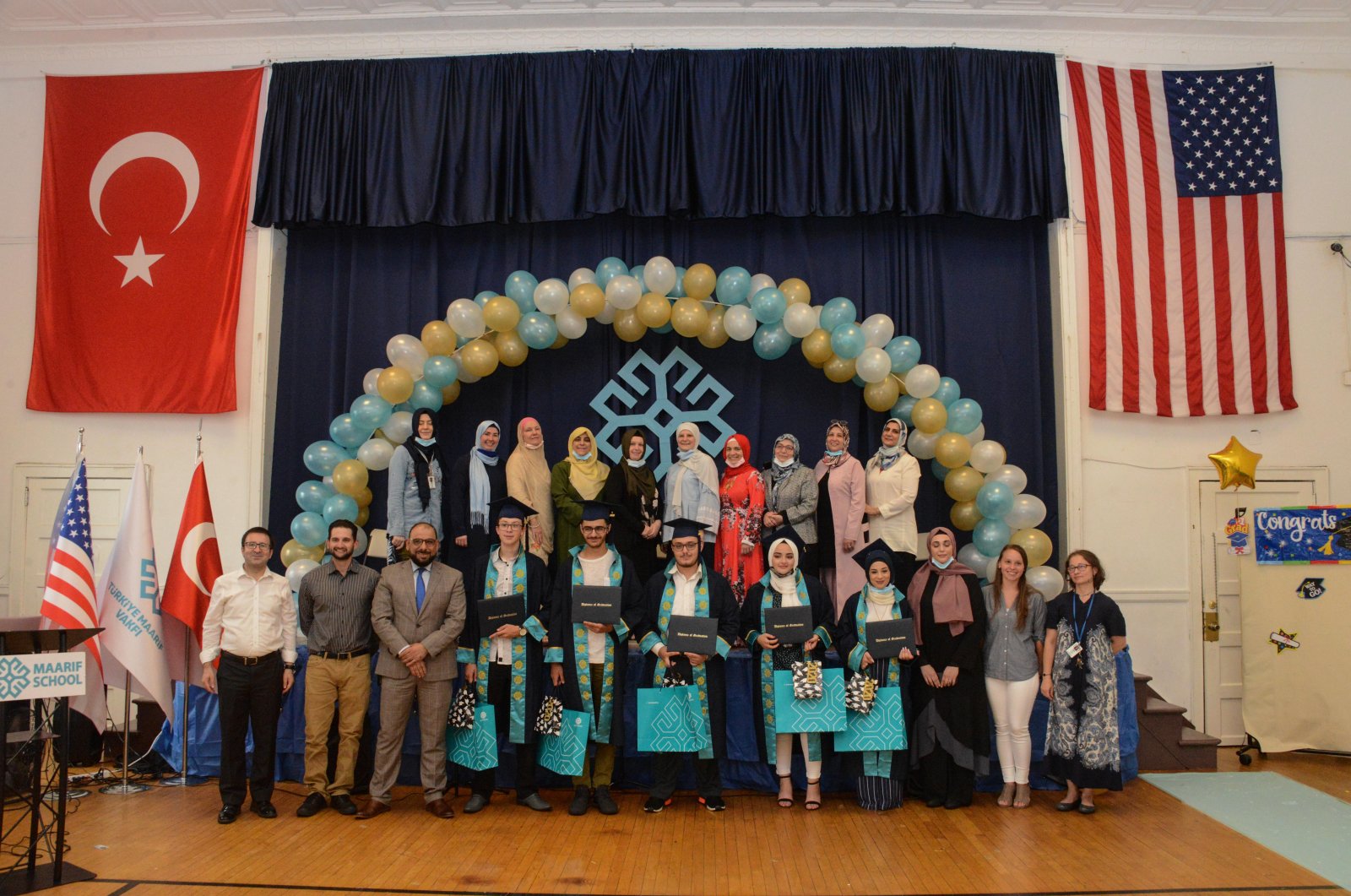 After the Gülenist Terror Group (FETÖ) long exploited the field of education as a tool to increase its global influence and power, Ankara took its most effective step against it by establishing the Maarif Foundation in 2016. Since its foundation, Maarif has become a pioneering institution to represent Turkey and Turkish culture worldwide.

Speaking exclusively to Daily Sabah, Akgün said the Maarif Foundation is now active in 43 countries with 333 educational institutions, from simple education centers to universities, that cater to nearly 40,000 students.

"The Maarif Foundation has become a flagship institution for Turkey in the field of education with its schools in 43 countries," he said.

The foundation, which was founded on June 17, 2016, officially started its activities a few months later after the failed coup attempt by the FETÖ. One of Maarif's main missions was to take over the schools formerly operated by FETÖ, which was known for its international network of educational institutions. It was also established to set up Turkish schools abroad.

Akgün said Maarif’s goal is "to train people who have absorbed their own language, national identity and culture, are qualified in science and social studies, effectively use technology and learn Turkish in addition to an international language."

The Maarif Foundation and its schools worldwide have also played a crucial role in Turkey’s soft-power diplomacy.

“Foreign aid, diplomatic network and education are the most important elements of cultural diplomacy or soft power. While the Maarif’s educational activities in the world contribute to the countries where they operate, it also develops cultural envoys for Turkey across the world by teaching B-2 level Turkish,” he added.

Akgün also underlined that the Maarif invests in Turkey’s future by teaching the Turkish language abroad.

“People love Turkey in countries where we operate. They tell about Turkey and become our voluntary envoys. Especially in African countries, they can make business easier by learning Turkish. It is such an investment that strengthens our relations in an age of conflicts and also contributes to the development of trade,” he explained.

When we look at the FETÖ-linked schools’ activities in the world, Akgün said that they are now stuck in Europe and America and have lost most of their presence and activity in the rest of the world.

As Akgün stated, the Maarif has taken over 214 of 300 FETÖ-linked schools located outside Europe and the U.S. as a result of contacts and protocols conducted with 104 countries in the last four years.

“Most of these schools were closed, sold or expropriated by governments. Therefore, the FETÖ has lost its presence and activity outside the U.S. and Europe to a large extent,” he said.

Akgün also said that with the efforts of Turkey, FETÖ-affiliated schools could not use the term “Turkish school” anymore.

"Turkish people and Muslim minorities in Europe and the U.S. do not want their kids to take education in these schools. In a limited number of countries where these schools are still active, they started to be closed due to the lack of students and financial resources," he said.

"It is not sustainable for FETÖ to continue their schools worldwide in the current situation. Because Turkey has been increasing its global influence every passing day and constantly communicating the facts about FETÖ through different channels. It exposed how FETÖ is a threat to not only Turkey but the world and how they use their education network to recruit people and gain financial resources. This process has changed the perspective on FETÖ abroad."

“The U.S. is still the country where the FETÖ has its strongest presence. Their schools there mostly operate under the category of charter schools and these schools are under the supervision of the state. They are sometimes investigated by federal authorities," Akgün explained.

The FBI has already conducted investigations on some charter schools linked to the terrorist group, although it was quiet about the progress of those investigations, which focused on the shady business practices of the schools.

According to Mehmet Özkan, executive director of Maarif Foundation U.S., there are three school types in the American education system: private, public and charter. Most of the FETÖ-affiliated schools in the U.S. operate under the category of charter schools and some as private schools.

As the Education Commission of the States explains, charter schools are "semi-autonomous public schools that receive public funds. They operate under a written contract with a state, district, or other entity (referred to as an authorizer or sponsor). This contract or charter-details how the school will be organized and managed, what students will be expected to achieve and how success will be measured. Many charters are exempt from a variety of laws and regulations affecting other public schools if they continue to meet the terms of their charters."

In the country, FETÖ operates nearly 200 charter schools that enroll over 85,000 students in 26 states annually. These FETÖ schools are usually run under umbrella organizations and managed through foundations, serving as a revenue stream for the terrorist group. For example, there are 46 schools named "Harmony" in Texas, 30 schools named "Concept" in and around Ohio, and some others are called "Magnolia."

The regulations of charter schools are decided by local authorities and each state has its own guidelines, Özkan said.

"Turkey has constantly warned the U.S. about FETÖ. It handed over thousands of files to the U.S. authorities in legal and political talks. However, we have not seen serious progress from the U.S. government. Although the central government in the U.S. has not taken any serious step against FETÖ, some states have understood their real motive and no longer allow them to open schools," Akgün said.