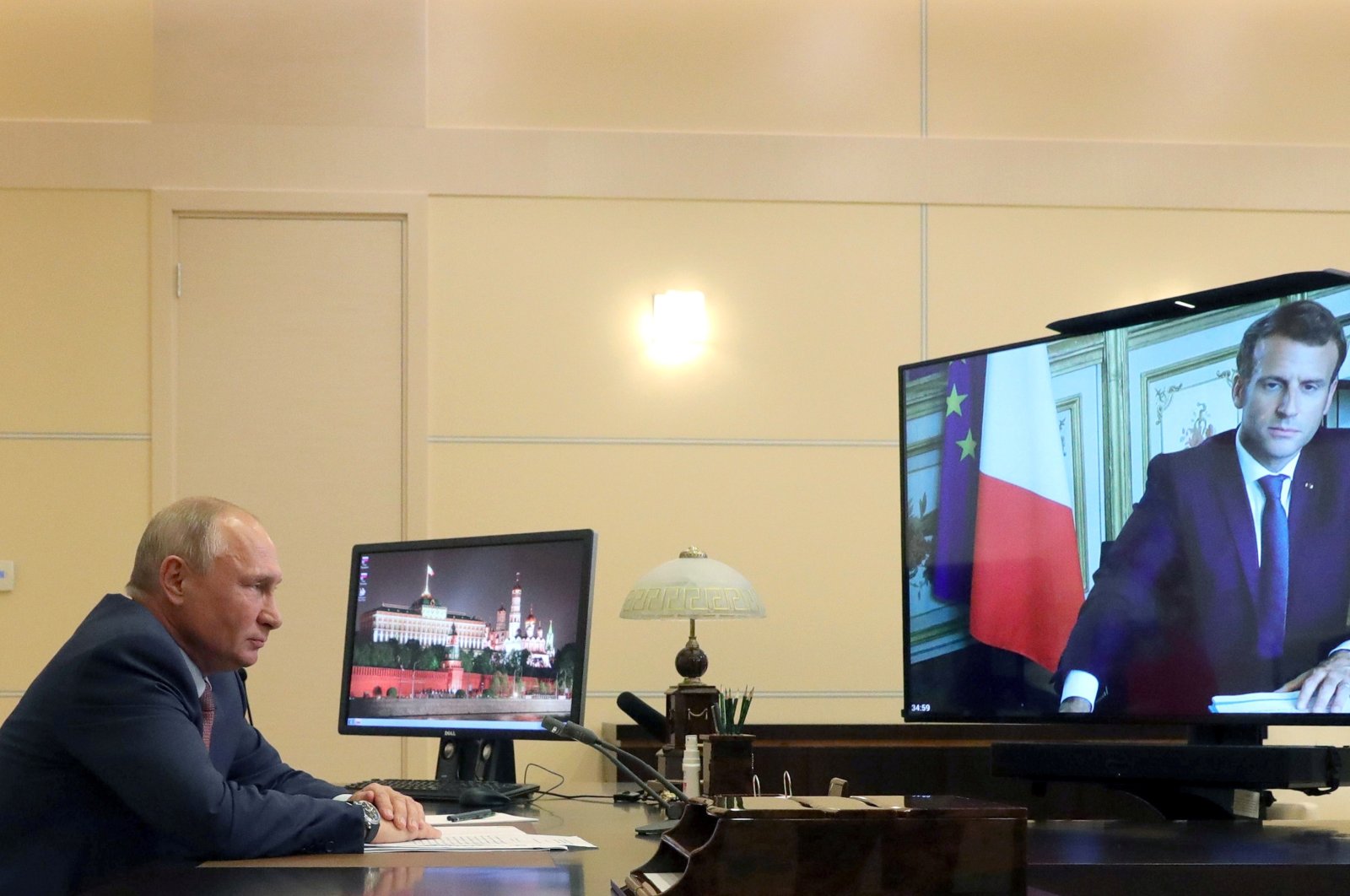 The dysfunctionality of the Minsk group has revealed the malignant intentions of France, the United States and Russia

The Minsk Group's 30-year legacy of stalemates continues with policies that lead to no solutions. The Minsk Group, which was set up in 1992 by the Organization for Security and Co-operation in Europe (OSCE), is co-chaired by France, Russia and the U.S. Currently, the three co-chairs are trying to make Turkey pay the price for their ineffective Minsk initiative. While trying to stop Azerbaijan from confronting occupying Armenian forces to regain its territory, the trio also attempts to divert Turkey’s attention through psychological manipulation.

By posing as a neutral and non-intervening entity in the conflict – in which Pashinian is completely in the wrong by historical and legal terms, Russia has pursued a policy of "wait and see" while trying Turkey’s patience. On the other hand, Moscow continued to support Armenia by providing weapons behind closed doors. Moscow also seems to be acting on the Syrian field to gain more time for this process.

On Wednesday, Erdoğan shared significant information. The president revealed that 2,000 PKK terrorists are fighting in the occupied Nagorno-Karabakh region alongside Armenia for $600 per day. He also stated that he shared this information with Putin.

On the other hand, despite Ankara’s constructive suggestions and intentions in Nagorno-Karabakh, Russia targeted the Syrian National Army (SNA) in northwestern Idlib the previous day and sabotaged the cease-fire there. Moscow, stalling in Nagorno-Karabakh instead of seeking a solution, has made it clear it does not want peace in Syria.

Meanwhile, the leader of another Minsk Group member, French President Emmanuel Macron, continues his anti-Turkey rhetoric with Erdoğan at the center of his attacks instead of apologizing for the insults made in his country toward Prophet Muhammad. The Macron administration, which conducts more transparent politics regarding Nagorno-Karabakh than Russia by choosing sides with Armenia, is attempting to raise tensions with Turkey. It is a strong possibility that the controversy surrounding the cartoons is now being brought into the spotlight to test the nerves of Turkey and the Islamic world. The French president's claim of not knowing that the Prophet Muhammad is a red line and an issue of honor in Turkey and the Islamic world is not convincing.

Nowadays, the trends of the French colonial era have this time emerged in a fascist manner in France, where nearly 6 million Muslims live. France's rigid politics are based on the fact that Paris sees Turkey as its No. 1 enemy in Libya, Lebanon, Syria, the Eastern Mediterranean and in Nagorno-Karabakh – hindering it from reaching its goals.

On the other side, the other member of the Minsk trio, the U.S., is now oddly publishing warnings for their citizens regarding threats to their safety in Turkey and suspending their consular services. Washington, who was once present and once absent regarding the Nagorno-Karabakh issue, was in fact pursuing a policy of ignoring Armenia’s occupation for a long time just as Russia and France.

While Washington now gives the message that it will again continue its initiative in this manner, it is astonishing that it warns about security threats in Turkey at a highly unusual time. The U.S., which will undergo the most critical presidential election in its history in a week, does not seem as if it will pursue its strategy of diverting Turkey’s attention from Nagorno-Karabakh for much longer.

What Ankara will do was always voiced at the highest level. Erdoğan on Wednesday in his speech gave clear messages to both Macron and Putin. Erdoğan, who stated that he suggested joint solutions to the Nagorno-Karabakh conflict, signaled that if Ankara’s red lines are crossed, it will be answered in the harshest possible way in the face of the Russian attack on Turkey-backed opposition forces in Syria.

While the U.S. and France cannot pressure Armenia to end its occupation of Nagorno-Karabakh due to the Armenian diaspora in their country and their soft power interests, Russia is trying to preserve its geopolitical interests.

Ankara foresees that the Minsk trio in the upcoming period will enhance its asymmetric, psychological pressure in the fields of Syria, Libya, the Eastern Mediterranean, Cyprus and Nagorno-Karabakh. The following words of Erdoğan to Putin regarding Nagorno-Karabakh and Syria are in this regard are an answer in advance: “If our red lines are crosses, we will not show mercy even if it is the son of our father.”