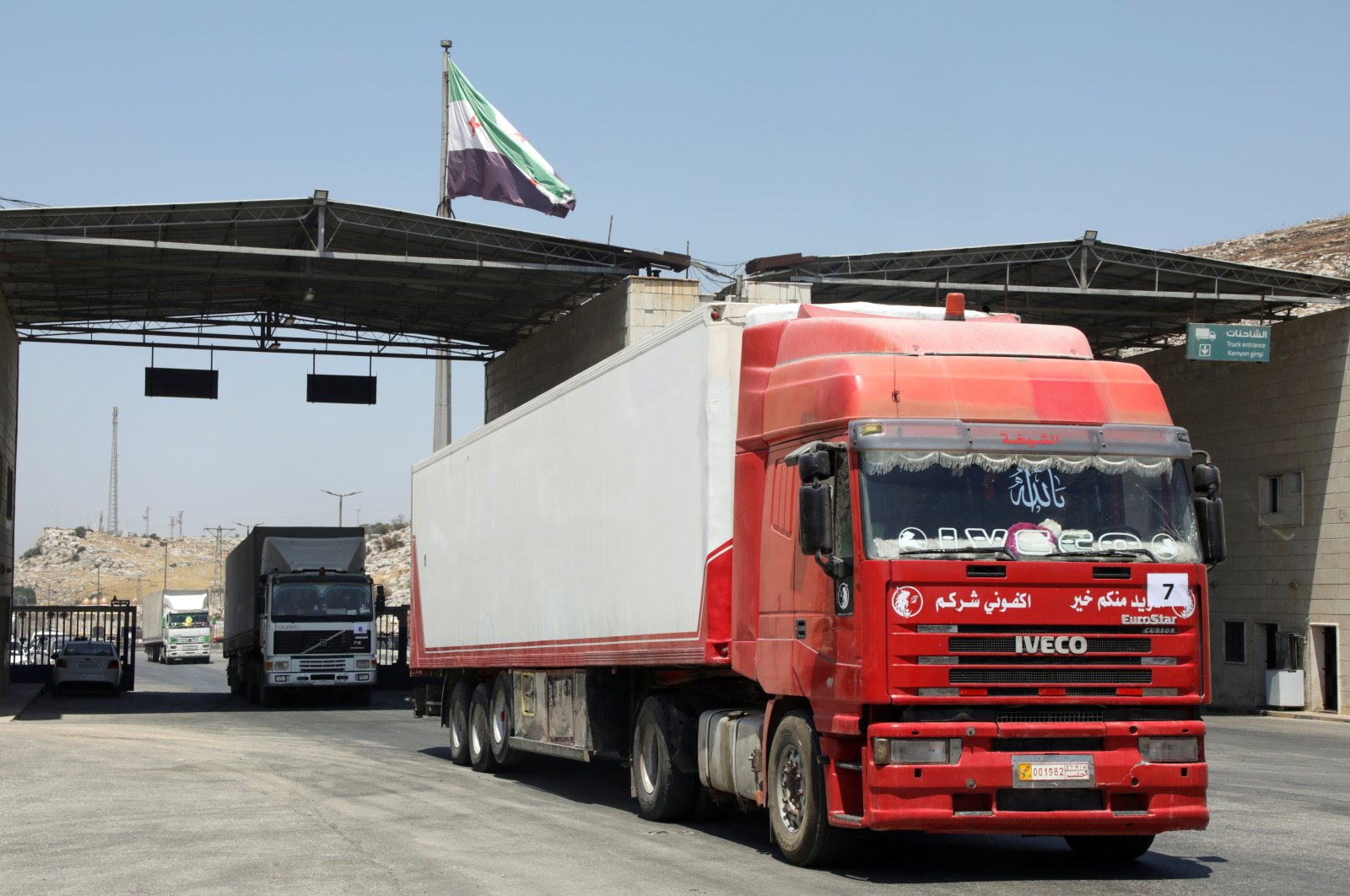 The 16th session of the Astana meetings for a political solution in Syria was held this week in Kazakhstan's capital, Nur Sultan. As part of efforts to resolve the Syrian crisis, a cease-fire agreement was signed Dec. 30, 2016, under the guarantee of Turkey and Russia with the participation of 14 groups carrying out armed activities in the Syrian territory.

The summit was attended by guarantor countries Iran, Russia and Turkey, as well as delegations from the Syrian regime and the armed Syrian opposition. In the process, Syrian opponents are recognized as legitimate actors in solving the country's political and security crisis, while the opposition and the regime met for the first time.

Representatives of the United Nations, Jordan, Lebanon and Iraq also attended the meeting as observers. During the talks, the effective work of the Constitutional Committee to speed up the political process, the delivery of humanitarian aid to the country and the fight against terrorism were featured as highlights. In this context, the Astana process continues to be a mechanism for Syria that has not lost its functionality in the international arena for Syria and Syrians.

Russian Foreign Minister Sergey Lavrov, who arrived in Turkey for a series of talks last week, met with Foreign Minister Mevlüt Çavuşoğlu, both made remarkable statements pointing to the importance of the Astana talks. In particular, Ankara emphasized the importance of the effective work of the Astana process and the Constitutional Committee, the continued delivery of humanitarian aid and effective cooperation in the fight against terrorism in order to safely maintain lasting political stability in the country.

Turkey also considers the protection of Syria's territorial integrity and sovereignty as part of the Geneva processes initiated by Astana and the United Nations, as well as the writing of a new constitution and the removal of the YPG/PKK terrorist organization that continues to threaten the integrity of Syria, as a goal that must be reconciled and achieved.

The Bab al-Hawa border crossing, located opposite the Hatay Cilvegözü border crossing on the Turkish-Syrian border, is still the only critically important gate from where international aid is provided to the country. Whether that door remains open will be determined after Russia's stance in tomorrow's UNSC vote. Given the fact that 13 million Syrians are currently in urgent need of assistance in the country, it seems inevitable that Russia's veto will bring added burden to Turkey, where both also cooperate in many areas and sectors.

On the other hand, Russia is likely to suffer a great loss of prestige in the international community as this move will only be to support the Assad regime without any concern for the lives of Syrians. In July last year, Russia had used its veto threat to close the Bab al-Salam border crossing. Now, millions of Syrians are at risk of being deprived of food, education, health and basic needs if Russia vetoes the UNSC resolution to resume humanitarian passage through the Bab al-Hawa border crossing, the last humanitarian corridor in northwestern Syria that is under opposition control.

Local people forced to flee regime attacks from various parts of Syria to the northwestern part of the country in opposition-controlled areas and take refuge in camps mainly in Idlib say "now they will kill us with hunger, not with bombs." They say the danger of closing Bab al-Hawa will hamper all vital needs, and about 2.5 million Syrians will die this time from starvation, disease and squalid conditions. The situation is better understood when we see that around 1,000 aid trucks a month are currently going through this door to millions of Syrians.

The Syrian opposition attending the Astana talks also stress that a new humanitarian crisis that could result from Russia's veto could end in a major disaster. The authorities who spoke to Daily Sabah said they will do everything they can to prevent the closure of the border crossing. They say that cutting humanitarian aid would make lasting peace in Syria even more difficult as deepening of the humanitarian crisis will give extremism and terrorism more chance to flourish.

Now all eyes are on Russia's actions that will determine the future of the war-torn country. If Russia is an essential guarantor country for achieving lasting peace, security and stability in Syria, it is a good opportunity to show it.

Otherwise, Russia will be blamed for a new humanitarian crisis in Syria, in which millions of people will die not by bombs this time, but by starvation.