The end of plausible deniability in Libya 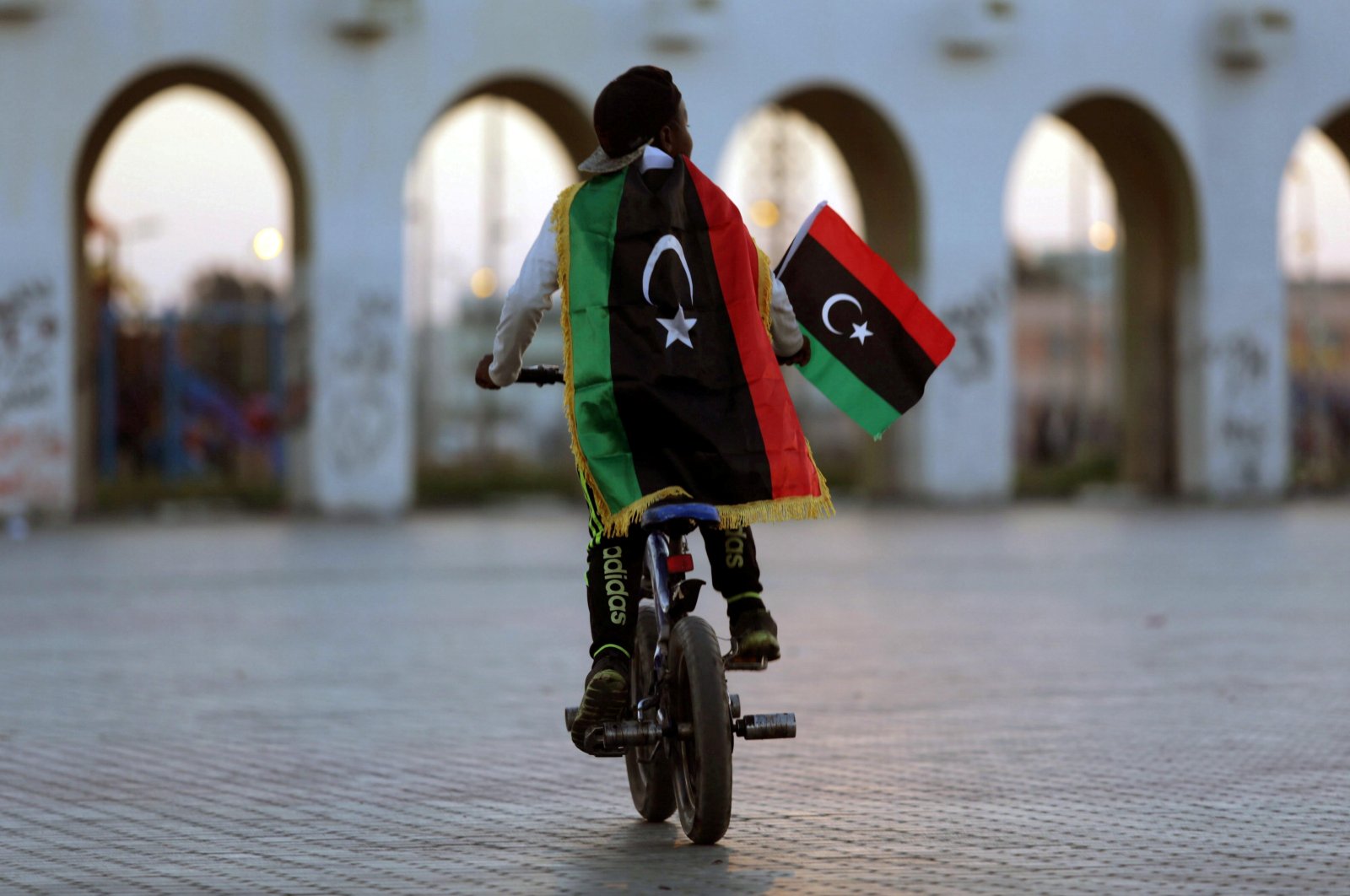 A boy wearing a Libyan flag takes part in a celebration marking the sixth anniversary of the Libyan revolution, in Benghazi, Libya, Feb. 17, 2017. (Reuters Photo)
by Nur Özkan Erbay May 28, 2020 2:39 pm
Edited By Dilara Aslan
RECOMMENDED

As developments on the ground in Libya continue to make headway at an unprecedented pace, certain actors have wavered in the face of attempts to build a lasting peace in the country. Although these actors claim to wish for an end to the conflict, their actions in support of its illegitimate party, Khalifa Haftar, clearly contradict this. It is known that the most distinct of these supporters, Russia, has been siding with the illegal Tobruk government led by the putschist general since the civil war erupted in 2011, instead of supporting the internationally recognized Government of National Accord (GNA).

Yet, the situation on the ground is evolving to a point at which Russia can no longer pursue its policy of plausible deniability in terms of its involvement in the conflict, which it maintains through the Wagner Group mercenary company, which has been used by Russia as a military proxy both in Libya and Syria. As it stands, the Pandora’s box represented by Wagner is being opened wider and wider with each passing day.

The previous day, news citing Libyan local sources indicated that troops from Wagner were heading south, abandoning the Bani Walid region east of the capital Tripoli. On the other hand, again on the same day, a statement made by the U.S. Africa Command (AFRICOM) verified Russia’s support for Haftar through Wagner. Russia recently sent fighter jets to Libya to support Russian mercenaries, the statement said, adding that the military fighter aircraft left Russia, first stopping in Syria where they were repainted to camouflage their Russian origin.

In order to understand whether Russia desires peace and stability in Libya or will continue to lend its support to Haftar, it is worth considering Moscow’s geostrategic as well as energy interests and aims in the country. Just like the compromises Russia gained under the rule of the Assads in Syria, it offered military and economic privileges in Libya in return for access to the country’s rich energy resources during the era of ousted leader Moammar Gadhafi since the 1970s.

Russian President Vladimir Putin, who met with Gadhafi in Tripoli in 2007, erased Libya’s $5 billion of debt to Moscow in return for trade deals and privileges in the field of oil, gas, arms and railways, while the Russian fleet was also given the right to access the port of Benghazi. Libya’s other ports, Tobruk and Derna, became Russia’s strategic naval bases just as Syria’s Tartus became the port for the Mediterranean Task Force, announced by Russia in 2013.

From 2015 to 2018, on the other hand, Haftar – who has intensified contact with Moscow in the name of the illegal Tobruk government – gave Russia a guarantee of continuing to preserve its current privileges in the country in return for Putin’s military, logistical and consultancy support. By halting the production of oil in the parts under his control in Libya, Haftar also helped Russia increase the price of oil, which was in decline. The Libyan interior minister in November 2019 voiced that al-Jufra and al-Watiyah military air bases had been brought under the control of the Wagner group by Haftar, from which they conducted attacks on the official government and civilians.

At this point, although Russia says that it has relations with both Haftar and the GNA, the Wagner's support for Haftar in Libya has been confirmed by independent observers of the U.N. as well as by GNA authorities. According to a U.N. report, as an extension of Russia’s policy, Wagner has operated in Libya since October 2018, with the number of its personnel rising to 2,000-2,500.

Despite all these developments, Russian leader Putin has denied the connections between Moscow and Wagner by frequently claiming that Russian mercenaries in Libya do not represent Moscow and that they do not receive money from the government. Yet, Russia has continued its “plausible deniability” line not only regarding Wagner but also with all Russian Private Military Companies (PMC).

It would not be wrong to believe Russia’s Wagner policy is coming to an end. The current reality on the ground in Libya signals that those countries supporting Haftar against the official GNA, including Russia, France, the United Arab Emirates and Egypt, can no longer pursue this policy of operating through proxies in the dark.

President Recep Tayyip Erdoğan in recent weeks has held phone calls with his Russian counterpart Putin in which Libya topped the agenda. Putin has expressed his wish for the end of conflicts in the country and a cease-fire. Moscow’s next steps will be monitored closely in the upcoming period. It does not seem possible for Ankara to take Haftar’s occasional threats against Turkey seriously, as he loses his military and political power day by day. However, the political costs for Russia of taking Turkey on by continuing its support to Haftar are increasing daily.