Time for Africa to rise up against European racism 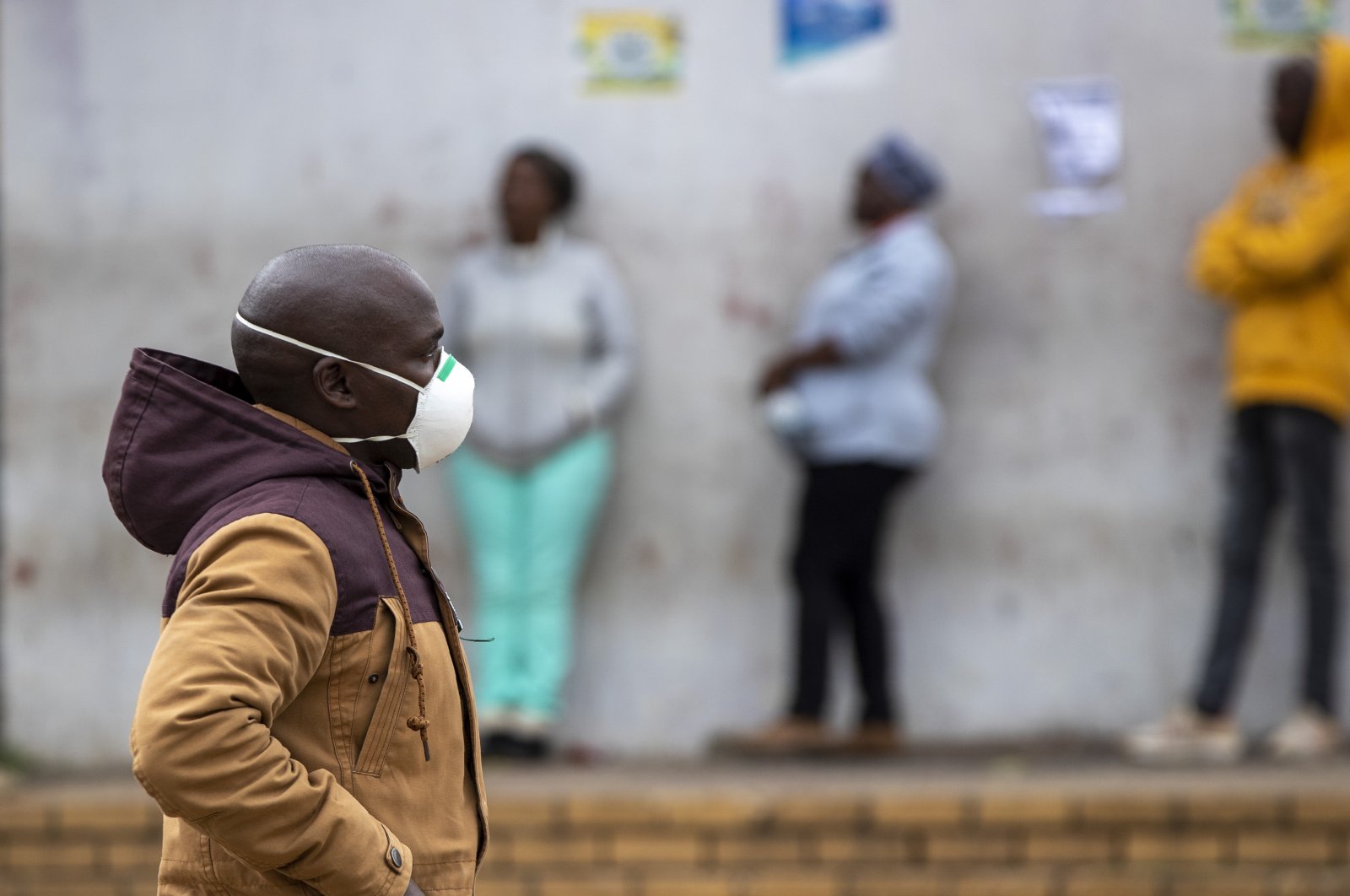 A man wearing a face mask to protect himself against the coronavirus walks past people queuing for shopping in Duduza, east of Johannesburg, South Africa, April 2, 2020. South Africa went into a nationwide lockdown for 21 days in an effort to mitigate the spread to the coronavirus. (AP Photo)
by Nur Özkan Erbay Apr 05, 2020 12:58 pm
Edited By Dilara Aslan
RECOMMENDED

Two French doctors drew heavy public ire last week after suggesting live on French TV that Africans could be used as lab rats in the testing of the COVID-19 vaccine.

Jean-Paul Mira and Camille Locht, two doctors in administrative positions in the French health care system, openly stated that Africans ought to be used in the COVID-10 vaccine tests, as African citizens were used for such tests before comparing the proposal to how prostitutes had previously been used in the testing of AIDS treatment.

However, is it surprising that this attitude, which confirms that French racism exists beyond the limits of marginal political groups and figures, comes from two scientists?

The two French doctors, who claim to be struggling to save humanity from the coronavirus, seem to have contracted symptoms of one of the biggest mental illnesses of our age: racism.

Among those not surprised by the incident included famous football stars Demba Ba of Senegal, Didier Drogba of Cote d’Ivoire and Cameroon's Samuel Eto. Ba’s tweet perhaps best summarizes the situation: “Welcome to the West, where white people believe themselves to be so superior that racism and stupidity have become commonplace. Time to Rise.”

The idea of Africa being used as a testing laboratory by white men dates back a long way and certainly, we still hear these kinds of racist statements from politicians in countries that have been unable to ditch their colonial habits. Yet, this could be the first time that we hear such arrogance from doctors – who should be working for peace and the common good.

This may be one of the most striking examples of the remnants of colonialism in Europe in recent times. This racist perspective clearly highlights that the dehumanization of the inhabitants of colonized countries is still deeply ingrained.
However, the truth is that, as Ba explained, subconsciously, Europe still seems to be living a fantasy in which white men’s superiority prevails as it seemed to do in the period from the 15th until the mid-19th century.

Speaking to African journalists working for Daily Sabah, as well as a Turkish journalist in France, they all emphasized the fact that this incident is clear evidence that racism is very much still alive in Europe.

Daniel Seeksersway, a journalist from Zambia, says that Africans do not deserve this racist language. “The reasoning behind this is faulty. Africa may be poor, but it does not deserve to be the place where everything uncertain must be decided. Why not Asia, Australia, Russia or Europe? I would have no problem with ethical trials, but the speech here already shows ethics will be thrown out the window.”

Comfort Mussa, a journalist from Cameroon, also shares the same view. She says that there’s nothing wrong with clinical research and trials if done ethically.

However, the reasons advanced by the doctors proposing that Africa/Africans be used for the clinical trials already put the ethics in question.

“One of the doctors said the tests should be done in Africa as tests had been done for HIV on sex workers because we know they are highly exposed or don’t protect themselves. This is outrageous, to say the least,” Mussa points out.

A Turkish journalist who has lived in France since his childhood, Ömer Aydın also states the fact that this is not a new norm in France, where there are many similar examples of racism and unethical violations against Africans in the media.

“These types of views can be carelessly voiced in France. There is criticism on social media, yet normally TV channels are filled with similar statements. One of the doctors making this suggestion is the director of one of France’s most famous hospitals, while the other one is the director of the national medical research institute. Unfortunately, this speech reflects the general French approach,” Aydın said.

Aydın also emphasized the fact that French people voiced such racist attitudes without hesitation on TV was scandalous and that these kinds of cases only come to light through social media.

“If there was no social media, no reaction would come to this speech on another platform. We see that racist and discriminatory views are common among French state departments and leaders. On the other hand, it is impossible to make such a statement on other groups. All kinds of discrimination toward Muslims and Africans go unpunished,” Aydın added.

Now we face a European mindset that cannot rid itself of its racist character, even in the fight against the coronavirus pandemic. It is not known when or where the vaccine for COVID-19 will be found. It could be soon. However, it seems that the cure for white men who cannot lose their racist and colonialist mentality, by which fellow humans are seen as less, has yet to be found.