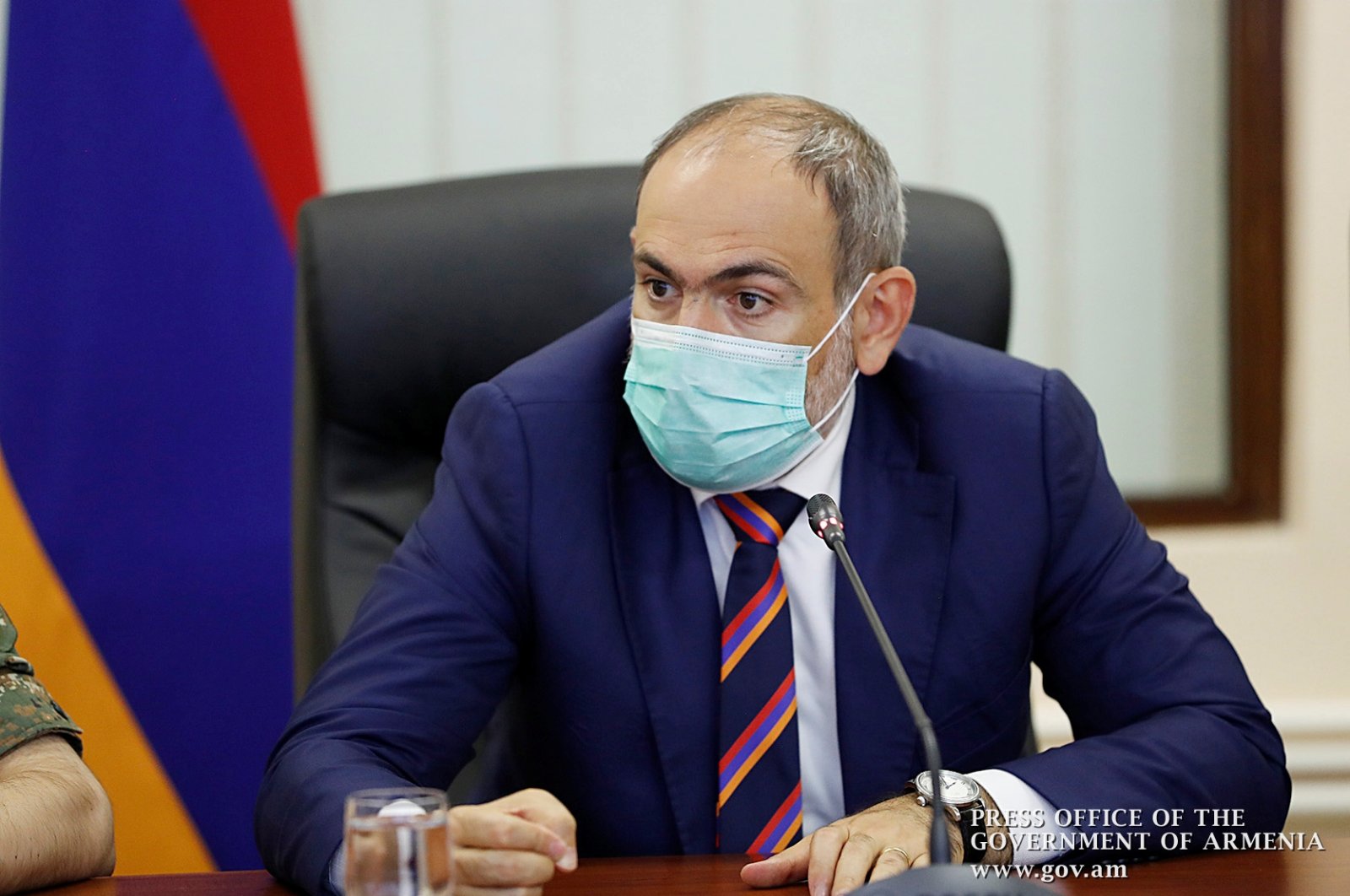 Developments following Armenia’s attack on Azerbaijan have played out not only on the field but also in the form of black propaganda and disinformation. Yerevan has resorted to generating fake news that spreads fast. Such methods are generally used when a country is wrong and is trying to conceal its unjust actions.

Yerevan first lied that Turkey transferred mercenaries from Syria to Nagorno-Karabakh to fight alongside Azerbaijan. By doing so, Armenia aimed to delegitimize Turkey’s open support for Azerbaijan and attempted to divert attention from the fact that it receives military and logistical backing from France, Russia and Iran.

Armenia also tried to hide that it put into action a plan to occupy Nagorno-Karabakh through Armenian-origin fractions – Nubar Ozanyan Brigade which operates in Syria and is a part of the PKK’s SDF – within the PKK and ASALA terrorist organizations.

Another disinformation spread by Armenia claimed that Turkey’s F-16 downed a Russian-made Su-25 fighter jet. Turkey without delay denied the claims. On the previous day, Presidential Communications Director Fahrettin Altun strongly denied the claims of the Armenian defense ministry telling Bloomberg: “The claim that Turkey shot down an Armenian fighter jet is absolutely untrue. Armenia should withdraw from the territories under its occupation instead of resorting to cheap propaganda tricks.”

The Turkish Defense Ministry made a similar statement.

“The allegations about the usage of Turkish warplanes in the conflicts between Azerbaijan and Armenia are delusive, and this is just the black propaganda of Armenia,” it said.

In fact, it is not difficult to understand what Armenia aimed to do with this black propaganda. The Yerevan administration which has been occupying Azerbaijani territory for years is trying to pose as a victim in front of the international community by using Turkey’s political support for Azerbaijan. International law and agreements all point to the unjustness of Armenia's occupation of Nagorno-Karabakh and seven other areas, around 20% of Azerbaijani territory. The only option Yerevan is left with is to delegitimize the Azerbaijan-Turkey alliance with support from its backers. Thereby, Armenia is also ensuring that the two secondary school students it killed in Naftalan, Fidan Qurbanova and Şehriyar Qurbanov and the civilians it killed yesterday in Tartar are forgotten.

While Armenia is using the Turkey-Azerbaijan cooperation as a weapon in perception and disinformation wars, it is useful to look at what France, Iran and Russia are doing nowadays. It is not difficult to see the action or inaction of the three countries for dialogue and peace, which they voice frequently, and how they have remained mere spectators to Armenia’s occupation for almost 30 years.

French President Emmanuel Macron currently ignores U.N. and other international agreements by making a statement supporting Yerevan and claiming that he believes Turkey’s support for Azerbaijan is “dangerous” and that Turkey wants war. Macron pretends to have forgotten about the Armenian Legion within the French army that fought against the Ottomans during World War I, 100 years ago. It is known that the Armenian diaspora in France is a significant public relations instrument in Armenia’s unjust struggle to keep occupied Azerbaijani territories.

On the other side, the relations between Moscow and Yerevan – whose arms and weapons are mostly Russian-made – harbor relations that are too significant to ignore in terms of historical, religious and sectarian ties.

Russia has acted as Armenia's protector throughout history, and Yerevan is a pivotal and indispensable country for the fragile geopolitical balance in the Caucasus. Taking into account the wider regional interests of Libya and Russia, Moscow’s close relations with Yerevan seem even more meaningful. Similarly, the Armenian diaspora within Russia is as strong as that in France.

Iran's stance on the situation is shaped by a perceived threat from the Azerbaijani Turk population within the country. Considering that almost 25 million of Iran’s population consists of Azerbaijani Turks, it would be wrong to say that Tehran has developed a reflex based on historical, religious or humanitarian rights of Azerbaijan’s just struggle.

It is crystal clear how absurd the accusations by Paris, Moscow and Tehran against Turkey’s “war rhetoric” are, considering the positions of these three countries vis-a-vis Armenia’s unjust case.

The only thing that Armenia seems to be able to do is create black propaganda and disinformation to conceal its position.

Nowadays, U.S. presidential candidate and former Vice President Joe Biden is peddling to the Armenian diaspora in the U.S. during his election campaign by pointing the finger at Turkey while saying “others stay out of this conflict.”

None of the countries that have been accusing Turkey of intervening in the conflict between Azerbaijan and Armenia have taken up constructive policies for Armenia to fix its unjust and illegal steps or produced a righteous solution until today.

All these wars of perception and fake news aim to hide this reality.