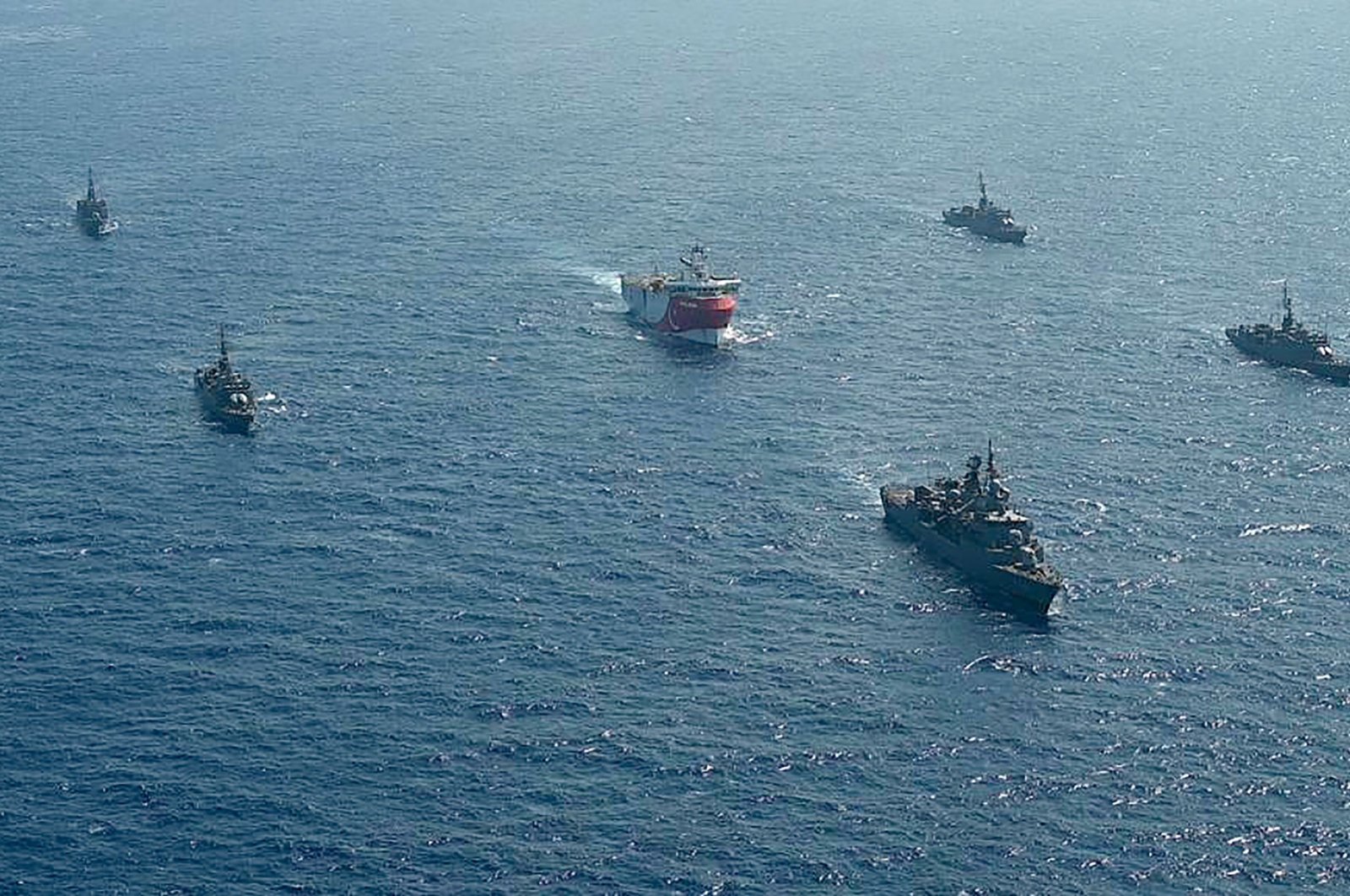 Erdoğan proposed a regional conference to be held with the participation of the Turkish Cypriots and emphasized that the steps aimed at the exclusion of Turkey in the region will fail. "We will not tolerate violation of the rights of our country and Turkish Cypriots," he said.

Turkey has long been adhering to the principle of multilateralism in foreign policy in troubled areas, as the country's leaders believe that a solution could be possible in which everyone associates with the initiative. This was the case in Libya, Syria and finally in the Eastern Mediterranean. However, behind the tension in the Eastern Mediterranean, there are countries acting with the understanding that the "winner takes all," and they are not keen on “win-win” politics. In fact, Greece’s maximalist policies in the region while trying to be politically correct actually generate self-explanatory fait accompli in almost every instance. Against this, Turkey is forced to defend its natural rights and to deal with unfounded claims by Greece such as the Seville map and Greece-Egypt exclusive economic zone (EEZ) agreement – both of which violate Turkey’s continental shelf, territorial waters and the 16 islands, which have a demilitarized status yet are militarized, whose sovereignty was not ceded to Greece through treaties.

In addition to all these, Turkey also has to take cautionary measures for its national security as it has been facing a direct threat elevated by Greece's steps to unlawfully arm its Aegean islands. Yet, Turkey is only a few kilometers away from the barrel of missiles on these islands.

In the light of this unilateral attempt by Greece, it seems highly probable that Athens, which has been continuing its aggressive, maximalist policies since 2003, will escape from the wrestling mat again. Since it will be very difficult to get its thesis accepted, Greece will try to maintain its uncompromising stance to participate in a regional conference proposed by Ankara. So it would not be surprising if there is no concrete output from the conference.

Also, it is not difficult to foresee that a unilateral fait accompli policy to make Athens cop-out during the exploratory talks between Greece and Turkey this week might surface again. Talks that lasted for 15 years and were called off four years ago resulted in a deadlock due to three main problems. These were the continental shelf in the Aegean and territorial waters, Greek armament in the Aegean Islands and the recognition of the rights of Turkish Cypriots in Cyprus.

The talks between the two countries that started in 2002 were suspended after 60 rounds in 2016. While Turkey was trying to address these issues by committing to international treaties and agreements, Greece did not approach the solution. Turkey was always keen to maintain multilateral approaches on the table because the solution to this issue also became a prerequisite for Turkey's EU full membership negotiations with the beginning of the Helsinki process in 1999.

Now, four years later, while the negotiation table with Greece is being reestablished, the 61st meeting will be held in Istanbul, where the issues of dispute in the Eastern Mediterranean and Aegean will be discussed one more time.

Erdoğan, in his videoconference meeting with the German chancellor and Michel of the European Council, also stated on Tuesday that Athens' well-intentioned and constructive steps will determine the outcome of the negotiations between Greece and Turkey.

Unfortunately, it is a difficult possibility to expect such positive and constructive steps from Greece in the process. Greece, which armed 18 of 23 islands in violation of the Lausanne and Paris treaties, is playing a vaudeville game in the law of maritime authorization agreements. In fact, starting its continental shelf from the islands in the Aegean Sea, Athens with its maximalist claims shrinks Turkey's borders to end at the bay of Antalya.

Now a window of opportunity has opened in front of Greece again where it may clear its unilateral policies and declare its intention for a real solution. Overall, everything depends on Athens accepting the olive branch passed over from Ankara, who is the only addressee for the sustainable peace and prosperity in the region. In fact, recent history has shown many times that there is no place for third-party involvement to solve the decadeslong dispute between two sides of the sea.