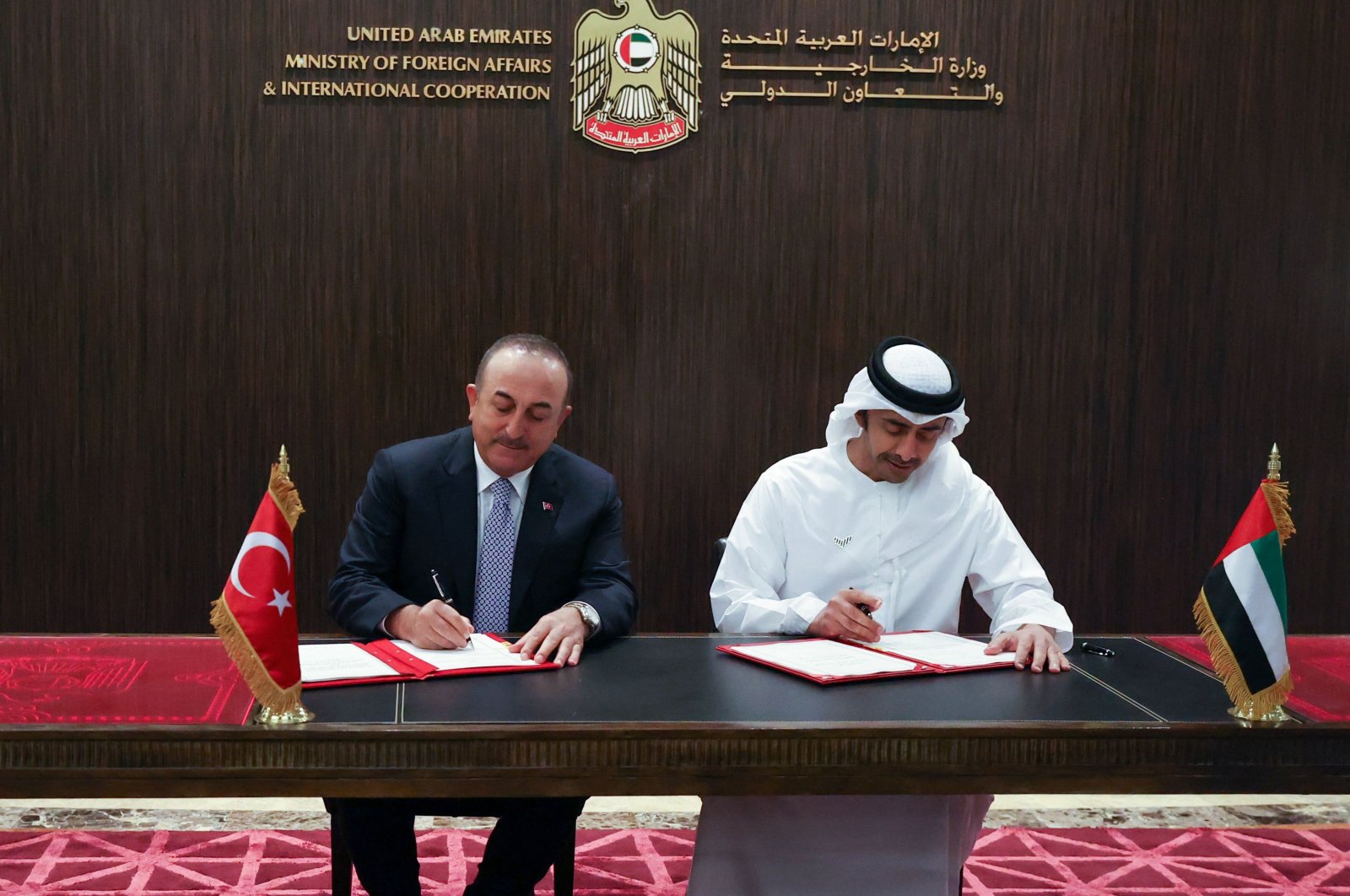 With the increased diplomatic traffic in the last quarter of 2021, it has become clear which areas Turkey will focus on to achieve tangible gains in foreign policy in 2022.

In particular, Turkey, which has started the process of normalization with several countries on both a bilateral and regional level, seems intent to continue these steps in the new year.

Ankara has been looking for ways to create common solutions in line with its win-win strategy despite differences of opinion on bilateral relations and regional issues with important partners such as Russia, the United States and the European Union.

On the one hand, Turkey's strategic approach, which continues to seek regional alliances, should be evaluated within the steps of normalization with the Gulf states, Saudi Arabia, Israel, Egypt and Armenia, especially in the last quarter of 2021.

On the other hand, it would not be a surprise to say that Turkey, which continues to act as a mediator in global and regional crises as well as a critical member of NATO, will be much more active in helping to calm crises in 2022.

Therefore, it would be useful to analyze the meetings of President Recep Tayyip Erdoğan and Foreign Minister Mevlüt Çavuşoğlu to find clues and follow their footsteps to make pointed assessments for the new year.

Erdoğan conducted his first telephone conversation of 2022 with his Russian counterpart, Vladimir Putin, over the weekend. Erdoğan evaluated regional issues and international developments, especially in the Caucasus, Syria and Libya, which will continue to be on the agenda of Turkey and Russia in the new year.

A statement by the Presidential Communications Office said that both leaders would maintain their decisiveness and commitment to promoting cooperation between Turkey and Russia in all areas during the meeting, while the Kremlin statement also said that Russia's proposals for various security guarantees to the United States and NATO were discussed.

In another interesting development, Çavuşoğlu held a meeting over the phone with his U.S. counterpart, Antony Blinken, on Tuesday. The main topic was the tension between Russia and NATO over Ukraine. During the meeting, the developments in Turkey-U.S. bilateral relations, the border crisis between Sudan and Ethiopia, the normalization process and the revitalization of strategic mechanism in the Caucasus and the Russian-Ukrainian tension were discussed before the upcoming NATO and OSCE gatherings, the Foreign Ministry said in a statement.

The statement of the U.S. State Department regarding the meeting also said that the two ministers discussed developments in the Horn of Africa, as well as the appointment of a special envoy to discuss the Turkish-Armenian normalization process and efforts to deepen bilateral cooperation.

Among the other important developments in the first days of the new year, Erdoğan announced that he would travel to Saudi Arabia in February. This will be his first visit to Saudi Arabia since the murder of Saudi journalist Jamal Khashoggi in 2018. In the same month, Erdoğan will also travel to Abu Dhabi to pay a visit to United Arab Emirates (UAE) Crown Prince Sheikh Mohammed bin Zayed Al Nahyan (MBZ), who visited Turkey after a long absence in November 2021.

Meanwhile, regarding the normalization steps with the UAE, Çavusoglu said Abu Dhabi had submitted an offer on ground transportation and that Turkey was also considering warmly. Answering Daily Sabah's question at the annual press conference, Çavuşoğlu also stated that UAE officials told Ankara that Turkey, Qatar and the UAE could operate the Kabul airport on a tripartite basis.

As another remarkable step, following years of frozen ties, the neighboring countries of Turkey and Armenia have announced they seek to normalize relations amid efforts for regional integration and cooperation in the South Caucasus.

Special envoys from Turkey and Armenia will hold the first round of talks aimed at normalizing ties in Moscow on Jan. 14, the Turkish Foreign Ministry said Wednesday, as the two countries work to mend ties after years of animosity. Armenia also announced that it is lifting an embargo on Turkish goods starting Jan. 1, as one of the first results of the process in addition to mutual flights recommencing between the two countries soon.

In the light of all these developments, if these normalization steps form an important strategic dimension of Turkey's foreign policy in 2022, the other step will be to form an important role for mediation that will aid in resolving regional and global crises.

Çavuşoğlu also spoke over the phone with NATO Secretary-General Jens Stoltenberg on Wednesday. According to the Foreign Ministry's statement, Çavuşoğlu and Stoltenberg spoke to exchanged views ahead of the meeting of NATO foreign ministers and the NATO-Russia Council meeting, set for Jan. 12, amid rising tension over Ukraine and political turmoil in Kazakhstan.

As another indication of the intense diplomatic traffic in Ankara, Çavuşoğlu on Thursday spoke over the phone with Russian Foreign Minister Sergey Lavrov. The two discussed the NATO-Russia council meeting, current developments in Kazakhstan, Bosnia-Herzegovina and the Caucasus.

It will not be difficult to guess that Turkey will likely play an important mediating role in Russia-West tensions, as well as in the Ukraine and Kazakhstan case. Turkey, which has historical and cultural ties with these countries as well as being a NATO member, is in a unique, if not inevitable, position to mediate international and regional disputes.

It is likely in the new year that not only the countries where normalization steps are ongoing but also NATO and the EU will knock on Turkey's door much more in 2022, as is the case with Russia.

Overall, the greatest strength of Turkish foreign policy in this period will be its flexibility in all these areas and countries, its inclusive approach and the fact that it respects the principle of multilateralism with sincerity and reliability.