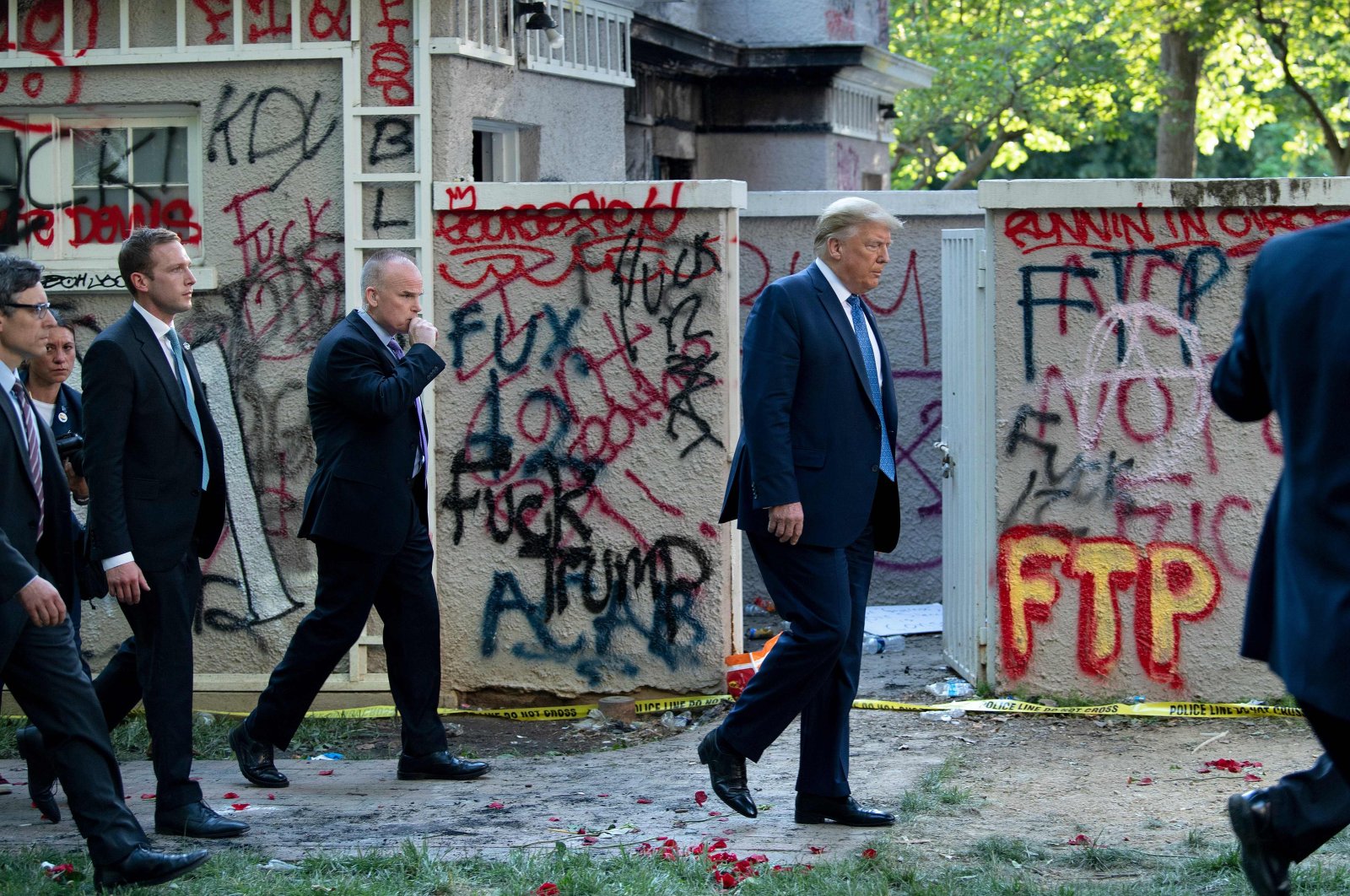 The brutal killing of African American George Floyd by a white police officer in the United States is neither the first nor will it be the last case of the centurieslong racism in the country. However, this also can be another indicator of the end of U.S. exceptionalism regarding freedom and ideals.

With the assurance of this exceptionalism, the U.S., which has garnished the post-World War II international system with its own values and ideals, could not help but do to other countries what it did not want to be done on its hegemonic self. Not only in terms of military, economics and diplomacy, the U.S. has also applied double standards in cultural hegemony. The country has supported coups, uprisings and even terrorist organizations on the pretext of fighting against other terrorist groups. Plaguing countries that are politically and economically fragile, it has also ignored these countries’ rights to sovereignty and has even shaken its finger regarding freedoms.

This is the fact for not only during the current Trump administration but also the previous Bush and Obama administrations. The U.S. has always conveyed this hypocritical standpoint when U.S. interests are at stake, no matter how conflictual and inconvenient these actions are with the values propagated by Washington. For instance, then-Defense Secretary Donald Rumsfeld, who was one of the architects of the Iraq occupation of 2003, finds the U.S. military's looting in Iraq legitimate, and said, “U.S. forces should not be blamed for the lawlessness and looting in Baghdad as it is a natural consequence of the transition from a dictatorship to a free country.” Certainly, these examples can be reproduced once we look at the wars in the last three decades and how U.S. foreign policy reacted to them regardless of whether a Republican or Democratic was leading the country.

Nowadays, as American exceptionalism collapses on many levels, the myth of freedom of media is crashing in the U.S since the core values of liberty, equality and diversity need to be shaken gradually.

Presidential Communications Director Fahrettin Altun recently voiced his concerns for Turkish journalists in the U.S. to the U.S. Ambassador to Turkey David Satterfield. Altun underlined the legitimacy of peaceful protests in democracies as well as the illegitimacy of acts promoting violence.

As the protests in the U.S. enter their second week, the use of excessive force by U.S. police officers on both protesters and members of the media, and the physical injuries of journalists as a result, increases by the day.

One reporter and one cameraman of Turkey’s TRT World were injured in Minneapolis and Washington as a result of police firing rubber bullets on protesters.

On the other hand, tens of journalists working under the European Broadcasting Union (EBU), including TRT World, have been subjected to violence and the use of excessive force by U.S. police.

For decades, the U.S. has followed a policy of heavily criticizing the treatment of protesters and media by security forces in uprisings and protests that have taken place in various countries across the world and a policy of shaking its finger at other countries.

Furthermore, it has not cared for these countries’ efforts to create a healthy balance between their democratization processes and their freedoms and security – just as it did in its policies toward Turkey.

We saw these examples in Washington’s statements issued on an almost daily basis during Turkey’s Gezi Protests of 2013, although there were a high number of provocateurs and terrorist organization members among the protesters of Gezi. Furthermore, thousands of police officers were members of the Gülenist Terror Group (FETÖ). Just as U.S. President Donald Trump today said that Antifa terrorized the protests in the country, it was FETÖ, the PKK and its affiliates that were provoking the incidents in Gezi.

After all, the members of FETÖ’s media structure fled to the U.S. one by one after the failed coup attempt of July 15, 2015, and the U.S. gave them residential permits and citizenship, ignoring the civil lawsuits against them in Turkey.

Ironically, these FETÖ members now take their places on the front lines of the protests in the U.S.

Furthermore, Antifa – which overlaps with the PKK and its affiliate in Syria, the YPG, in terms of logistics and ideologies and which was declared a terrorist organization by Trump – again is on the front lines of the protests.

The warnings of President Erdoğan that the YPG/PKK and FETÖ would one day pose a threat to the security of the countries that protect them, and that this would create a boomerang effect, must be taken more seriously by Washington going forward.

Washington until this day tends to follow double standards for other countries regarding freedoms, democracy and the security paradox. Now must be the time to see that it is experiencing a boomerang effect in this manner.