What the Caesar Act misses in terms of Turkish-American relations 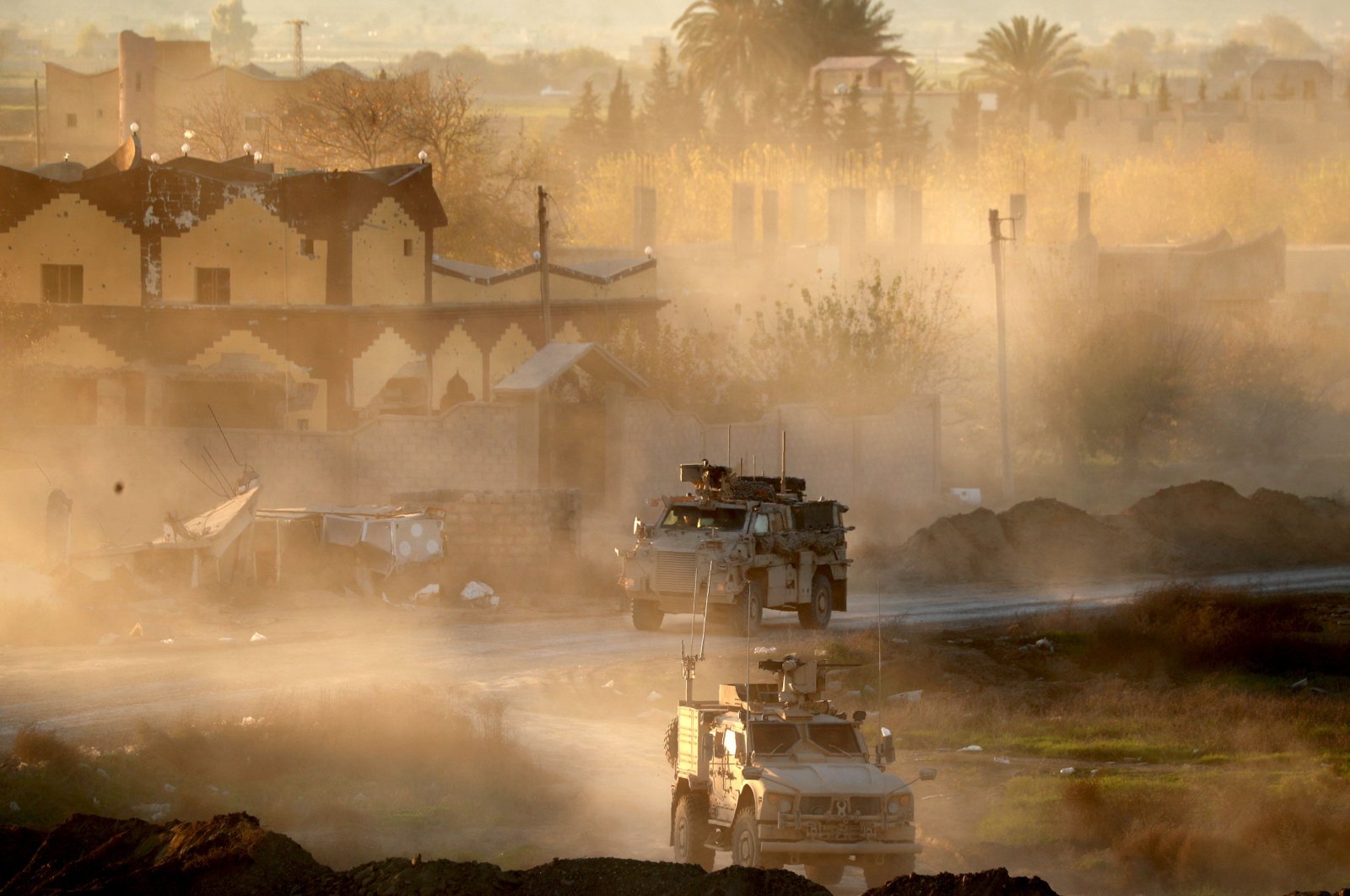 The Caesar Syria Civilian Protection Act, which was recently announced by U.S. Congress and envisions the application of an embargo on Syrian dictator Bashar Assad and his close circle, may seem encouraging at first glance. Yet, expecting this act to bring permanent peace to Syria or a radical solution to Turkish-American relations would be far too optimistic.

This cautious pessimism has two reasons. The first is that U.S. special envoy for Syria, James Jeffrey, stated during a speech at the Middle East Institute this week that the U.S.’ aim is not for Assad to step down but to force a change in the regime’s behavior.

Jeffrey said that Washington does not demand total victory but instead wants to see "a dramatic shift in the behavior of this regime.” “That's the kind of reform we need to see; whether that can happen under this leader and the people around him we don't know," Jeffrey added.

The envoy’s statements clearly indicate that the “Assad has to step down” stance of Washington, which took on a zig-zag pattern during the Barack Obama administration and has been shelved during the Donald Trump period, has softened completely.

On the other hand, Ankara’s decisiveness in this matter continues. As the most significant guarantor for a political solution in Syria, Turkey sticks to its narrative that Assad cannot be a legitimate actor in Syria’s future. Besides, Turkey has paid a heavy price in Syria to this day.

However, the second major contradiction for Ankara regarding Washington’s Caesar Act, which sanctions the Damascus regime and 39 important figures linked to it, is the fact that other actors that have business relations with Assad are exempted from sanctions. The fact that the PKK terrorist organization and its affiliates, which have been in direct contact with the Assad regime since the beginning of the civil war and are still pursuing arms and oil trade, are not subject to sanctions is noteworthy.

Moreover, Washington still together with France is mediating between the PKK-linked SDF and the Syrian Kurdish National Council (ENKS), which has close ties with Nechirvan Barzani, in spite of the reactions of the National Coalition for Syrian Revolutionary and Opposition Forces (SMDK) and other Kurdish groups. In other words, the aim is to strengthen the image of PKK/YPG/SDF terrorist groups in the international community, promoted by the image of these groups having been let down by Trump’s sudden decision to move out of Syria.

This raises the question of whether Washington is trying in Syria what it has tried in northern Iraq. Washington, which had been in accord with Jalal Talabani and Barzani in 1998 in northern Iraq within the framework of the Washington agreement, had prepared the basis for the de facto establishment of a regional Kurdish government after the 2003 Iraq war. Now the same scenario continues with the PKK’s offshoot, the SDF, which Washington has fed and preferred as its strongest ally over the past seven years. At this point exactly, it is said that an “autonomous Kurdish government” could be established for these actors in northern Syria on the basis of the Duhok agreement made under the mediation of the U.S. in 2014 and with the participation of the ENKS and PKK.

Considering that the U.S. has put significant time and effort into this agreement and that one of the parties to the agreement is PKK/YPG senior leader Mazloum Kobani, aka Ferhat Abdi Şahin, a terrorist wanted by Turkey in the red category, the deep problems in Turkish-U.S. relations are seen more clearly.

Now, it is obvious that the U.S. is trying to establish the same agreement with the PKK in its center in Syria which it carried out previously with Barzani in northern Iraq. However, it does not seem realistic that the ENKS, which is close to Barzani and is complaining the most over PKK oppression in Syria, would sit at the same table with terrorist organizations and be convinced.

An equation in which the PKK would be the boss will be first opposed by Barzani himself and the majority representing the Kurdish people in Syria. Therefore, diplomatic circles are of the view that it is not Barzani’s style to establish good relations with the PKK just to please the U.S.

Furthermore, the PKK/YPG’s aggressive stance toward Barzani’s Peshmergas and how violent the power-sharing process can turn out to be was seen in the past. The power competition between Kurdish groups is well-known, and while clashes between the PKK and the Kurdish Regional Government (KRG) continue in the Zini Werte region of Irbil, just 40 kilometers (25 miles) from Iraq’s Qandil, it does not seem possible for the two parties to agree on northern Syria without conditions.

On the other hand, bearing in mind that Turkey has ancient and established relations with Barzani and the KRG, it is hard to foresee that Barzani would take up an attitude disregarding Turkey’s concerns.

This topic seems to be open to developments in the upcoming period in all its aspects on the Washington, Ankara and Irbil line.

Therefore, it seems difficult to expect Ankara, which has declared the beginning of growing cooperation with Washington in Libya, to make the same optimistic statements regarding Syria.