What will be Turkey’s message to world in UN General Assembly? 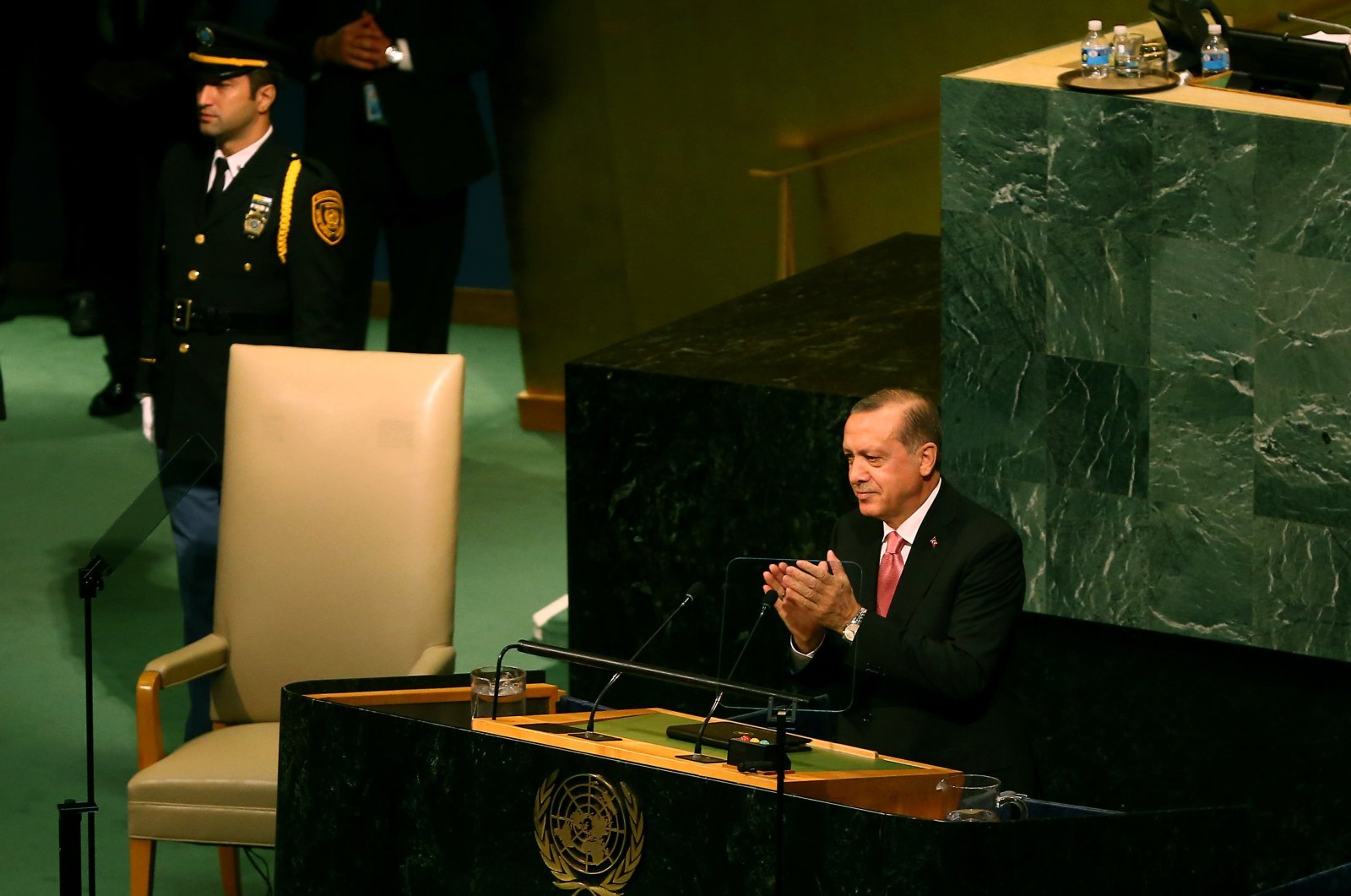 This year, the United Nations General Assembly will be held via videoconference on Sept. 22 for the first time in its 75-year history. The meeting has only been postponed two times: once during the Sept. 11, 2001, World Trade Center attacks and during the financial crisis of 1964. Due to the COVID-19 outbreak, this year marks the first virtual U.N. assembly.

These days the negative effects of the global pandemic are still being felt, and world leaders are expected to deliver significant messages regarding their internal affairs and the region as well as global issues the world faces. In this respect, it is noteworthy that this year’s main theme will be “multilateralism.”

The current global system has weakened in terms of multilateralism in recent years due to competition focusing on the U.S.-China axis and which from time to time adopts a destructive path. The trend includes disagreements within the European Union and the Brexit process, Russia’s continuing unilateral policies, an atmosphere where peace, stability and fair shares are prevented in the Middle East and the tension in the Eastern Mediterranean.

In the shadows of these developments, Turkey might be the leading country that grasped the importance and put into use multilateralism in the fight against the pandemic.

The speech of President Recep Tayyip Erdoğan addressing the virtual U.N. General Assembly will, as those before, be comprehensive while also pointing out the risks the world faces. Erdoğan has voiced his motto, “the world is bigger than five,” which he theorized for the past 10 years, several times on the U.N. platform. He expressed that global problems, wars and conflicts cannot be tackled only through the decisions of five countries in the security council at every chance.

In fact, we see the rightness of Erdoğan’s thesis in neverending conflict zones in various parts of the world as well as in the efforts of U.N. Security Council's (UNSC) permanent members to sabotage processes that do not threaten their own national security directly. France’s stance that hinders peaceful resolutions to the Eastern Mediterranean tension, the U.S. and Russia’s unwillingness to establish a peaceful atmosphere in the Middle East and especially in Syria and China’s attitude that does not favor multilateral solutions, especially during the pandemic, could be counted as some of the most important examples of this.

In this atmosphere, it is expected Erdoğan will convey messages on the regional and global problems the world faces.

A strong stance will be offered regarding the rights and activities of Turkey and the Turkish Republic of Northern Cyprus (TRNC) in the Eastern Mediterranean which rely on international law and agreements. These laws and agreements have largely been ignored and usurped with a fait accompli, and all agreements as well as processes in this regard will be reiterated at a high level. Considering that Turkey’s interlocutor in the U.N. is directly France, it will be inevitable that Erdoğan will touch upon the French President Emmanuel Macron administration’s provocative policies through Greece.

In this manner, it is possible to foresee that Greece as well will get a share of Erdoğan’s speech. Erdoğan will once again remind the world of international law and agreements against Greece's thesis, which ignores international law, including U.N. agreements, and tries to establish an anti-Turkey bloc with the alliance of France, Egypt, the United Arab Emirates (UAE) and Israel in the region.

Erdoğan is also expected to discuss the latest situation in Syria and Libya. It is a fact that except for China, all permanent UNSC members will be interlocutors. It is hard to say especially for Russia, the U.S. and France that these countries prioritize a multilateral solution that complies with the national security interests of all parties. Turkey is one of the leading countries that have paid the price for the territorial integrity, peace and stability of Libya and Syria in the past 10 years.

It is expected that Erdoğan will remind everyone of the humanitarian burden Turkey shoulders in these countries and especially in Syria for the establishment of peace and stability.

It is not difficult to guess that Erdoğan will mention the destabilizing steps by Russia, especially, and the U.S. as the main actors in Syria and Libya and their continuing engagement with terrorist elements such as the PKK and nonstate actors as well as mercenaries.

Erdoğan is expected to underline that the U.S.-brokered UAE-Israel deal, described as the "deal of the century," does not comply with the realities of Palestine’s past and today. Israel’s inhumane blockade in Gaza, illegal settlement activities, distorting the realities about Jerusalem’s status and gathering supporters continues.

Another issue on Erdoğan’s agenda is likely to be the increasing xenophobia and Islamophobia centered in Europe. Besides the inability of European politicians to address the problem, it appears as if they adopt a stance that almost fans the flames of this hostility.

It is not difficult to foresee that Erdoğan’s speech will attract much attention in that it reiterates how critical and significant the multilateralism principle of the “world is bigger than five” message is in reducing the risks the world faces especially during the post-COVID-19 era.