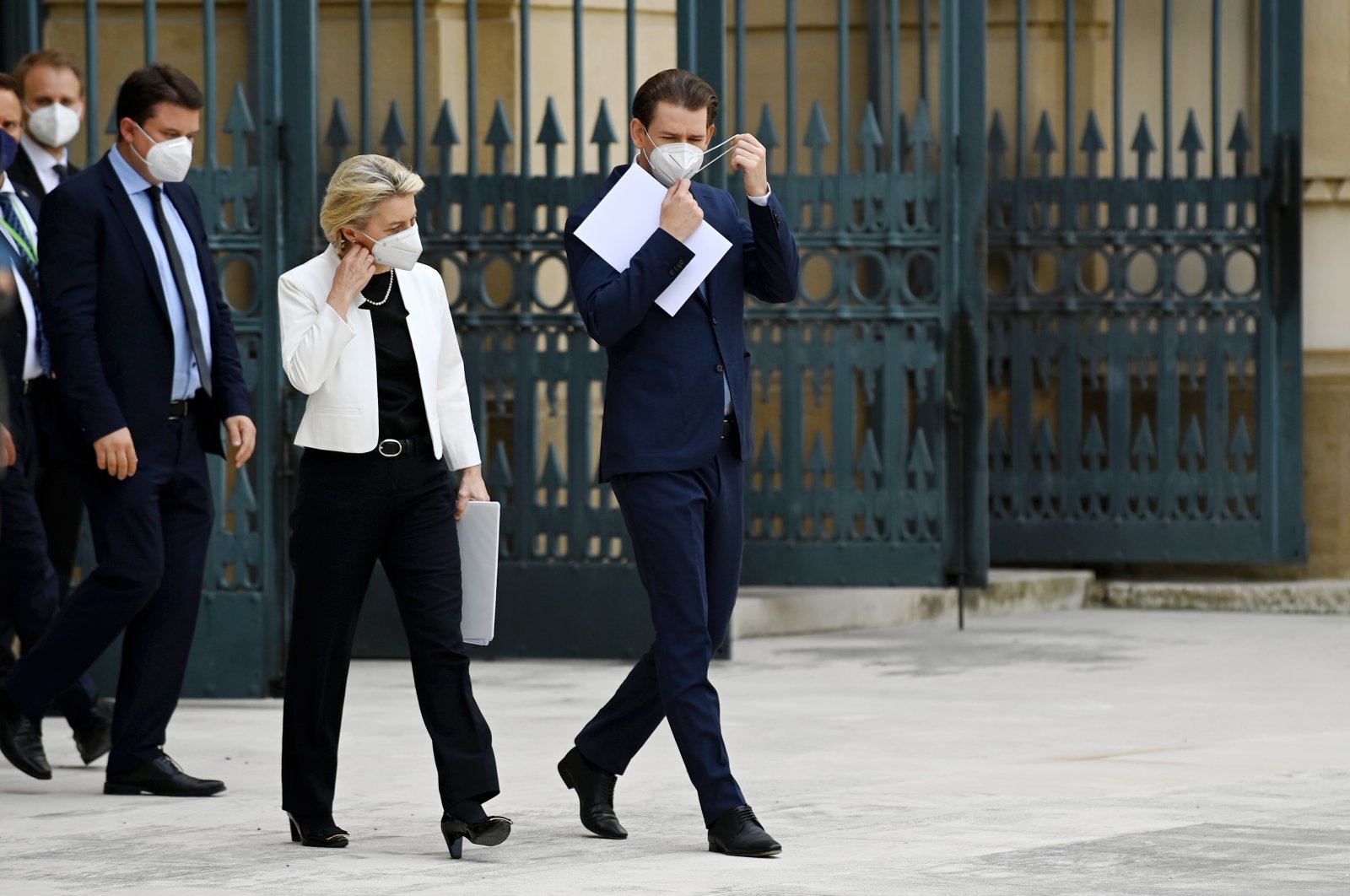 A series of developments in the past week has once again shown that the countries and administration of the European Union are unable to produce policies on international and humanitarian issues. The cordial statements on this issue from European capitals, who tend to think that insufficient financial assistance on refugees and migration is the absolute solution, were once again disappointing. In particular, the consequences of growing hostility toward Islam, hatred of immigrants and racism across Europe have also been reflected in the rhetoric of politicians. Austrian Chancellor Sebastian Kurz has added another statement to his foreigner and refugee hostile rhetoric. In an interview with German newspaper Bild, Kurz reacted violently to Ankara's provocative claims by stating that "Turkey is a better place for Afghan refugees."

Foreign Ministry spokesperson Tanju Bilgiç reacted to Kurz's statements and said, "Turkey is not a neighboring country to Afghanistan as Chancellor Kurz stated. Turkey will not take on a new wave of migration, instead (it will) emphasize joint efforts and cooperation to solve the problem of irregular migration, which affects the whole world and is a common problem for everyone.” Bilgiç also underlined that “the attitude (that) migrants should not come here, let them go elsewhere” is both selfish and useless to everyone.

In particular, the statements of the Foreign Affairs spokesperson were proof that Turkey will no longer make new commitments to the EU regarding the new influx of refugees.

“Turkey will not suffer the consequences of a mass migration crisis arising from the region and will not take on a new wave of migration. We convey this position to our interlocutors on every occasion and at all levels, stressing that Turkey will not be the European Union's border guard or asylum camp,” Bilgiç added.

On the other hand, it is clear that Ankara will no longer carry the refugee burden it has undertaken so far in unequal conditions. Ankara reminds EU member states of their obligations under international law. In Austria, the situation is the same. Like other EU countries, Austria has to provide international protection to Afghan asylum seekers and is a party to the 1951 United Nations Convention on the Status of Refugees. Therefore, Austria must also provide international protection to Afghan asylum seekers in accordance with its international obligations and EU rules.

From that point, Turkey is determined not to take over the international obligations of third countries in this regard in any case. Instead, Ankara offers its EU interlocutors direct talks with Afghanistan and neighboring countries, rather than seeking a solution in Turkey. Turkey also advises EU countries to bring more lasting and sincere solutions to the issues of combating irregular migration and human trafficking and integrating regular migrants into their communities, which are concerned about the mass migration crisis.

Meanwhile, the number of migrants in the world exceeds 272 million today, of which 82.5 million are forcibly displaced. The reason for the most serious wave of forced migration since World War II is the Syrian crisis right next to Turkey. In March 2016, the EU and Turkey reached an agreement to stop irregular migration through the Aegean Sea and improve the conditions of more than 3 million Syrian refugees in Turkey.

On the other hand, another example of the disingenuous attitude of the EU toward Turkey was the statements of German Chancellor Angela Merkel. On the one hand, Merkel stressed that Turkey hosts refugees very well, while on the other hand, she said that she does not consider Turkey, a full member of the EU. In fact, the contradiction in this statement seemed to be recognition that Europe would not take a constructive position on issues such as visa liberalization and customs union with Turkey.

The agreement reached between the EU and Turkey on March 18, 2016, decried the free movement of Turkish citizens in the EU and updated the existing customs union agreement. On the other hand, there is also a readmission agreement signed between Ankara and Brussels. According to this, Turkey accepts back asylum seekers who travel to Europe through its borders. As a result of the xenophobic policies implemented under this agreement, extremely inhumane images are reflected in the media every day.

Although Merkel has stated that she is in favor of continuing the migration agreement between the EU and Turkey and updating the customs union, she decried the decision to give Turkey 3 billion euros ($3.6 billion) at the last EU leaders' summit. It is clear that the EU countries themselves have politicized the issue of refugees because, referring to the EU's refugee policy, Merkel pointed out that the EU is still unable to develop a common refugee and asylum policy, noting that this is a great burden for the EU and must be resolved.

However, the EU has agreed on the additional funding of 3 billion euros for migrants in Turkey. In response, Turkey believes that the decisions taken regarding Turkey at the EU summit in Brussels are far from containing the expected and necessary steps.

Moreover, Turkey's desire is for the European Union to open legal migration routes for Syrians within the framework of fair burden and responsibility sharing, to activate the voluntary humanitarian admission mechanism with concrete commitments and to increase resettlement quotas, Vice President Fuat Oktay said on July 6.

Finally, another decision from the EU this week showed how difficult life in Europe has become for all foreigners, refugees and Muslims. The EU Court of Justice (CJEU) has ruled that employers across Europe can prohibit Muslim women working in workplaces from wearing hijab in certain cases.

Fahrettin Altun, head of Presidential Communications Directorate, wrote an article for Al Jazeera about this decision. Altun noted that the CJEU had signed a controversial decision, making it de facto legal for employers across Europe to discriminate against their Muslim employees. He also said the court's decision not only deepened already growing concerns about the security, freedoms and rights of Muslims in Europe, but also revealed how hypocritical the EU's view of human rights, religious freedoms, and equality is.

In line with all these statements and developments, it seems unlikely that the EU will manage to come up with a solution for refugees soon, as they do not even have ones for European Muslim citizens in their own country. Although a rapprochement between Turkey and the EU started earlier this year, the latest statements of the European leaders and court rules have not established a constructive path for the relative recovery between Ankara and Brussels, as EU leaders must decisively take a more prudent, sincere approach.