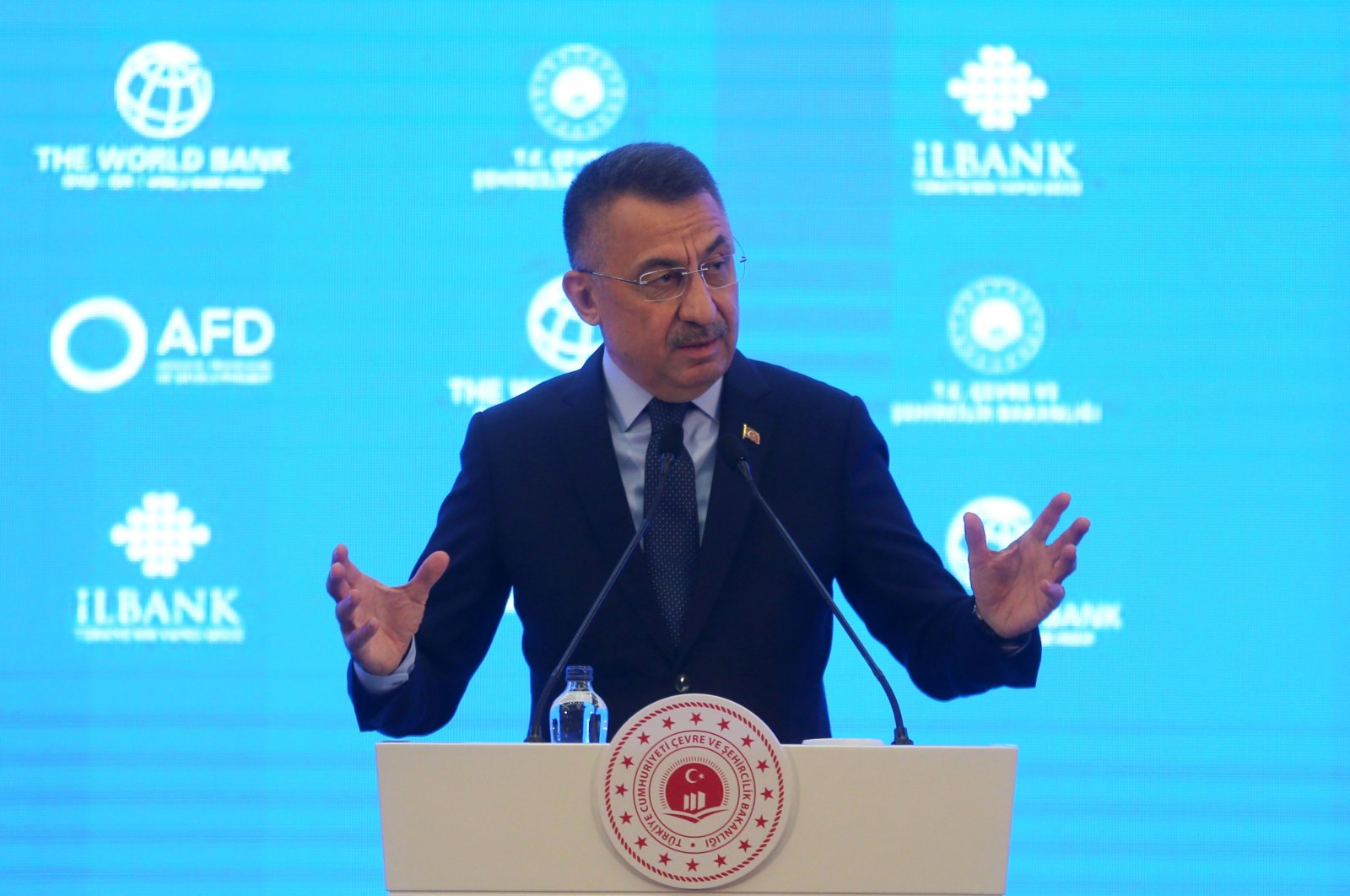 Turkey's desire is for the European Union to open legal migration routes for Syrians within the framework of fair burden and responsibility sharing, to activate the voluntary humanitarian admission mechanism with concrete commitments and to increase resettlement quotas, Vice President Fuat Oktay said Tuesday.

Oktay attended a financial agreement signing ceremony within the scope of the EU's financial assistance program for refugees in Turkey, held at the ATO Congressium in the capital, Ankara.

In his speech there, Oktay stated that population movements and irregular migration affect the whole world, regardless of country, and said that migration waves created by those who were forcibly displaced due to political turmoil have become a challenge faced by many states, especially those in conflict zones.

He said that the number of migrants in the world exceeds 272 million today, of which 82.5 million are forcibly displaced. The reason for the most serious wave of forced migration since the Second World War is the Syrian crisis right next to Turkey.

“As a natural consequence of our 911-kilometer-long (566-mile-long) Syrian border, nearly 4 million of our Syrian brothers and sisters, who fled from terror and persecution, have taken refuge in Turkey. Our country has been a safe harbor and a compassionate home for many communities who have been in distress or persecuted for centuries. Today, we fulfill this historic responsibility by hosting millions of our brothers and sisters safely in our country

"The policy of allowing all kinds of asylum seekers and refugees to enter Turkey on the one hand and never leaving on the other is neither sustainable nor humanitarian," he said.

He also added that Turkey has been sadly watching the attitudes towards migrants in the Aegean and the Mediterranean, and how humanity has fallen behind.