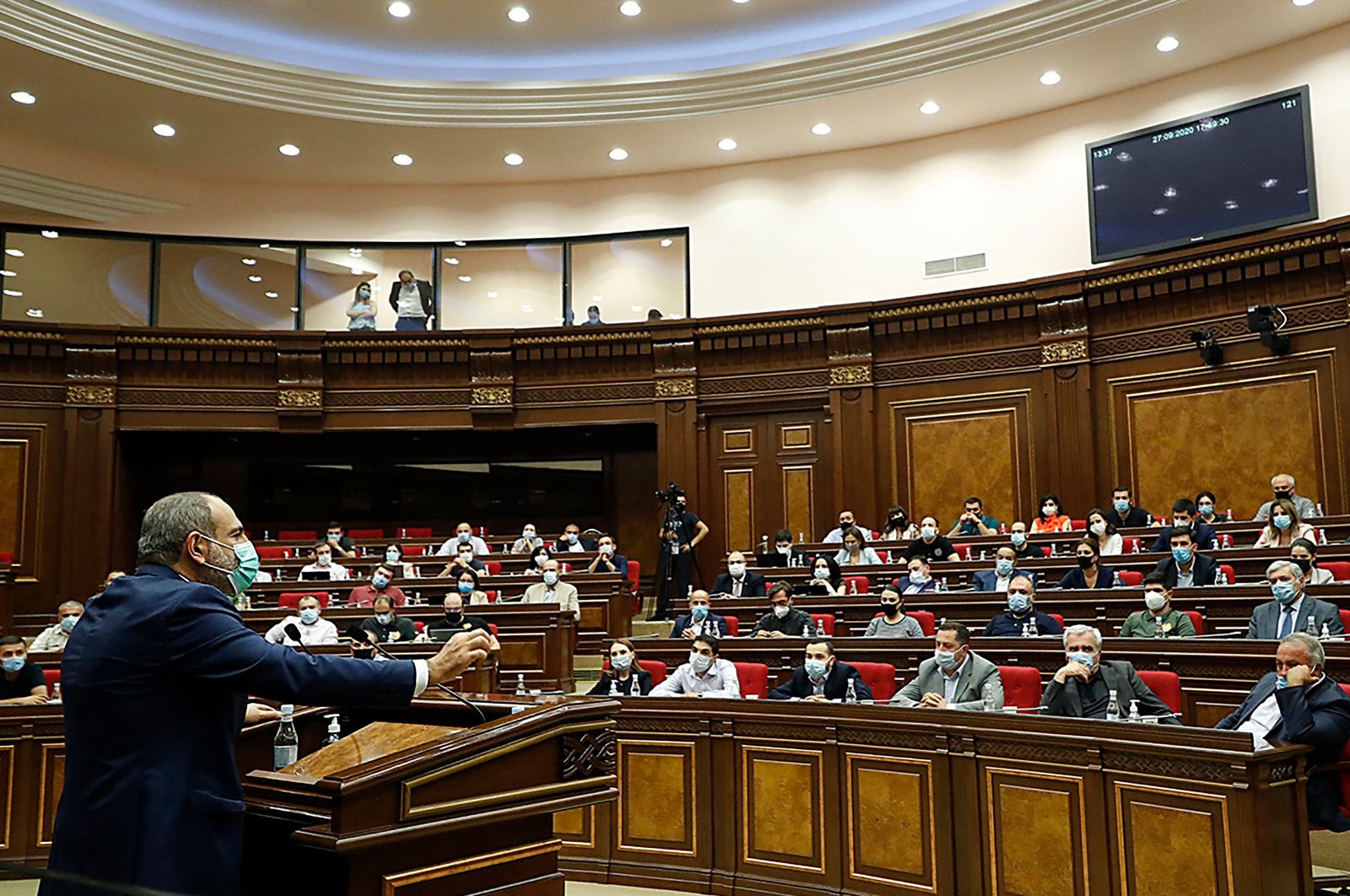 Clashes between Azerbaijan and Armenia have alarmed the international community. Experts say Armenia is fueling the conflict by toughening its rhetoric and aiming to bring in global and regional actors

Fighting between Azerbaijan and Armenia over a territorial dispute continued for the second day, raising fears of a full-scale conflict and the endangering of regional stability in the South Caucasus.

The two former Soviet states have gone through numerous border clashes and disputes since independence. However, experts say the main reasons behind the current conflict are Yerevan's toughening stance on Nagorno-Karabakh, lack of any proactive international mediation, and the fact that Turkey – Baku’s main partner – is struggling with other regional problems.

The Nagorno-Karabakh region, internationally recognized as part of Azerbaijan, has been controlled by Christian Armenian separatists since a conflict broke out as the Soviet Union crumbled in 1991. The latest flare-up began over the weekend with at least 16 people reportedly killed and more than 100 wounded.

"The reason why tensions escalated is that Armenia gradually toughened its stance on the dispute over Nagorno-Karabakh, trying to make a fait accompli by escalating the situation. (Armenian Prime Minister Nikol) Pashinian went to Nagorno-Karabakh, which they call Artsakh, and made a provocative speech saying the region belongs to Armenia," former ambassador and head of the Center for Eurasian Studies (AVİM), Alev Kılıç, told Daily Sabah.

Kılıç was referring to Aug. 5, 2019, when Pashinian in Stepanakert, the de facto capital of Nagorno-Karabakh called for the unification of the region with Armenia by saying: "Artsakh (Nagorno-Karabakh) is Armenia. Period."

"Armenia did not fulfill its promises for the solution of the conflict which Pashinian stated before his election; on the contrary, he continued to strain the situation by moves to cease diplomatic negotiations and attacks on the front," Caucasus expert Elnur İsmayıl told Daily Sabah.

"Recently, Pashinian has pursued a policy of directing the society’s attention to the border region to camouflage internal economic and political problems," İsmayıl added.

Armenia’s central bank said this month that it expected the economy to contract by 6.2% in 2020 due to the negative impact of the coronavirus pandemic while Nagorno-Karabakh survives almost totally on budget support from Armenia and donations from the Armenian diaspora.

Though a cease-fire was agreed on in 1994, Azerbaijan and Armenia still regularly accuse each other of attacks around Nagorno-Karabakh and along the Azeri-Armenian border.

The conflict has worried the international community in part because it could cause instability in the South Caucasus, which serves as a corridor for pipelines transporting oil and gas to world markets.

"Though there has been a cease-fire, there is no peace agreement – the state of war de jure continues," Kılıç pointed out, saying that therefore the eruption of conflicts is something that could be expected and that Yerevan aims for this status quo to continue. "The situation for Azerbaijan, on the other hand, is a bleeding wound that needs to be healed as soon as possible," he added.

The former ambassador highlighted that the continuous clashes over Nagorno-Karabakh display the weakness of U.N. decisions since none of the resolutions were successfully followed.

There are four U.N. Security Council and two U.N. General Assembly resolutions as well as innumerable calls by international organizations that demand the withdrawal of the occupational Armenian forces from Nagorno-Karabakh and seven other occupied regions of Azerbaijan.

"Since the Minsk group similarly did not provide a solution, the understanding that the situation can only be solved through military actions became widespread," Kılıç added.

Underlining that diplomacy remains insufficient to resolve the conflict, Kılıç said the co-chairs of the Minsk group being pro-Armenian gave diplomacy no chance.

"Either the Minsk group has to act in a format including all of its members or this trilateral format has to be renewed," he said.

İsmayıl similarly expressed that there is a significant Armenian lobby in these three countries that cannot be neglected.

"At the present stage, the priority is to liberate the seven occupied territories around Nagorno-Karabakh and then put Armenia at the negotiating table," İsmayıl continued.

Using Turkey's engagement in other regional disputes as an opportunity, Yerevan is attempting to escalate tensions in the region, Kılıç said.

"Armenia acted on the understanding that Turkey is struggling with other problems in Syria, Libya and the Eastern Mediterranean and that Azerbaijan would be left alone in the conflict over Nagorno-Karabakh," Kılıç said.

He said it was striking that those who take a stance against Turkey in the Eastern Mediterranean dispute are siding with Armenia over Nagorno-Karabakh, but this was no coincidence.

"Azerbaijan remains alone in its fight for Nagorno-Karabakh, there is no power coming to its help other than Turkey," he pointed out.

He said the EU also did not contribute to a solution and failed to express that Armenia is the aggressor in the region.

İsmayıl added that although the rival parties in the conflict seem to be Azerbaijan and Armenia, regional and international actors have played a role since the beginning.

İsmayıl said Russia as a member of the Minsk group, Turkey as a country that turned into a regional power and another regional power, Iran, had to be taken into account primarily.

"Despite being a Muslim state, the Tehran regime, which would be disturbed by an independent Azerbaijani state near its territory and Turkey's increasing impact in the region, is supporting Armenia," İsmayıl said. He added that Armenia was encouraged by Russian troops in the country but that the cold relations with the Kremlin decreased the chance for Russian support in the case of war. "Pashinian is trying to get western support by playing the role of victim," he said, mentioning that he believed the incidents would halt in the upcoming days.

The parties in the conflict are vital in such cases, İsmayıl said, adding "Turkey is the only country fully supporting Azerbaijan. Russia invites the parties to diplomacy. Although Iran tries to appear neutral, it is obvious that it is favoring Armenia. It should not be forgotten that Russian trucks carrying weapons reach Armenia via Iran. Western states follow a policy of showing this conflict as a Muslim-Christian conflict."