No more coups in Turkey thanks to nation's 'heroic' defense: Parliament speaker 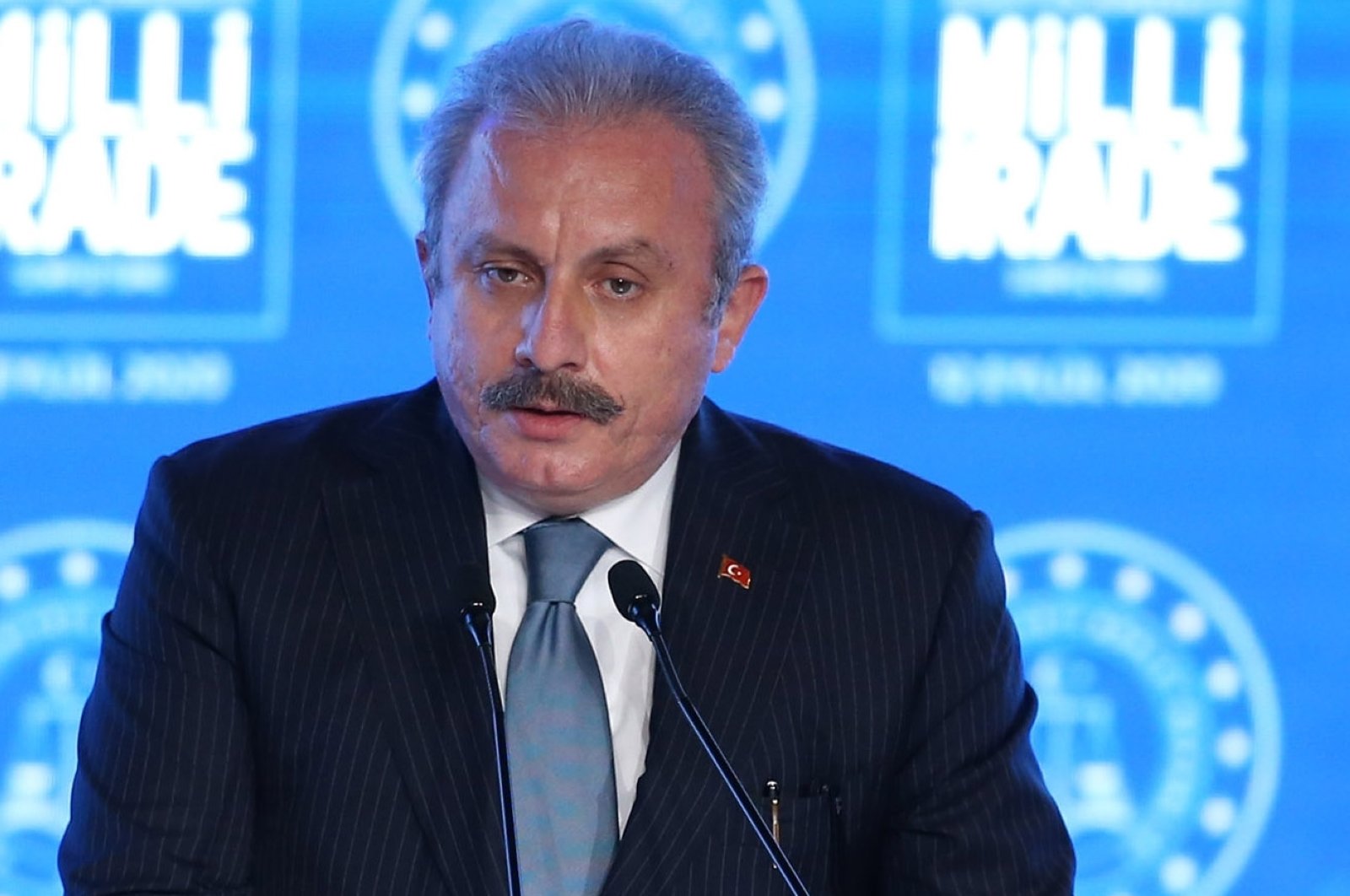 The age of coups in Turkey has come to an end thanks to the Turkish people’s heroic defense against the coup plotters on July 15, 2016, Turkish Parliament Speaker Mustafa Şentop said on Saturday.

Turkish people’s resistance played the biggest role to eliminate putschists and their mindset, Şentop said at a symposium against coups held on Democracy and Freedom Island in the Marmara Sea near Istanbul.

He said the Turkish people will always protect their constitution, democracy, elections and votes at the cost of their lives.

Şentop expressed that the period of coups, which started on May 27, 1960, ended on July 15, 2016, but it was officially closed by the constitutional amendments on April 16, 2017, referring to a historical referendum that eventually paved the way for the country’s transition to the presidential system. The Parliament speaker added that all military coups are essentially against the nation and the state.

On Saturday, Turkey remembered the bloody coup on Sept. 12, 1980, orchestrated by Chief of General Staff Kenan Evren, that still stands as a stain on Turkish political history.

The coup leaders’ most notorious practice was the death sentence. Turkey saw its highest number of executions by hanging in a very short period of time after the overthrow. The junta also ordered the detention of 650,000 people. Some 230,000 were put on trial, and courts asked for the execution of more than 7,000, although only 517 people were sentenced to death and 50 were hanged. Another 14,000 people lost their Turkish citizenship, while 30,000 more lost their jobs due to blacklisting by the junta. Among them were teachers, academics and journalists.

Also attending the ceremony, President Recep Tayyip Erdoğan said the 1980 coup remains “inscribed in the minds of our people as one of the darkest days of our political history.” “That coup d’etat, which brought Turkey to the verge of major economic, political, diplomatic and legal destruction, set our country back decades,” he expressed. Speaking of the 2016 defeated coup in Turkey, Erdoğan said: “With the July 15 saga, we gave a lesson that the tutelage enthusiasts will never forget.”

A new constitution was also introduced following the 1980 coup, which long ensured the prevalence of military tutelage and limited political representation as well as the exclusion of junta leaders from any future trials for their crimes.

It was only after a 2010 referendum that the article in question was lifted and paved the way for the trial of Evren and others. Trials began in 2012 and Evren was sentenced to aggravated life imprisonment in 2014 and per military regulations, the rank he kept after retirement was demoted to the lowest-level, private. Evren died in 2015 during his appeal processes.

“The fact that years later the coup plotters have been judged in front of a court and got what they deserve – even if they were dead – shows concretely that crimes against the nation will not be left unresponded to,” said the head of the Nationalist Movement Party (MHP) Devlet Bahçeli during the event. He added that the perpetrators of the coup could only be described as “cruel.” “Coups have poisoned Turkey’s democratic history, disregarding the national will,” he continued, underlining that coups were neither legal nor legitimate.

The first coup attempt was back in 1960, during which Turkey’s first democratically elected Prime Minister Adnan Menderes was jailed and tried. The trial took place on Democracy and Freedom Island, which was formerly known as Yassıada, until it was rebranded on the 60th anniversary of the coup this year.

Four years of work on the island have changed the place into the home of a massive complex where a 125-room hotel, a 600-seat conference hall, a mosque, a museum and exhibition halls, as well as cafes and restaurants, are now located.

Menderes and his two ministers, Hasan Polatkan and Fatin Rüştü Zorlu, were three of the 15 sentenced to death at the trials on Yassıada, which was off-limits for decades. While the rest were pardoned, the death sentences of the three leading politicians were carried out on the nearby İmralı Island soon after the decisions were handed down by military tribunals.

In 1990, the Turkish government said it regretted the execution of Menderes, and his grave in Istanbul was turned into a mausoleum. As the last Turkish political leader to be executed after a military coup, Menderes’ name today can be found in several public places as a mark of respect.