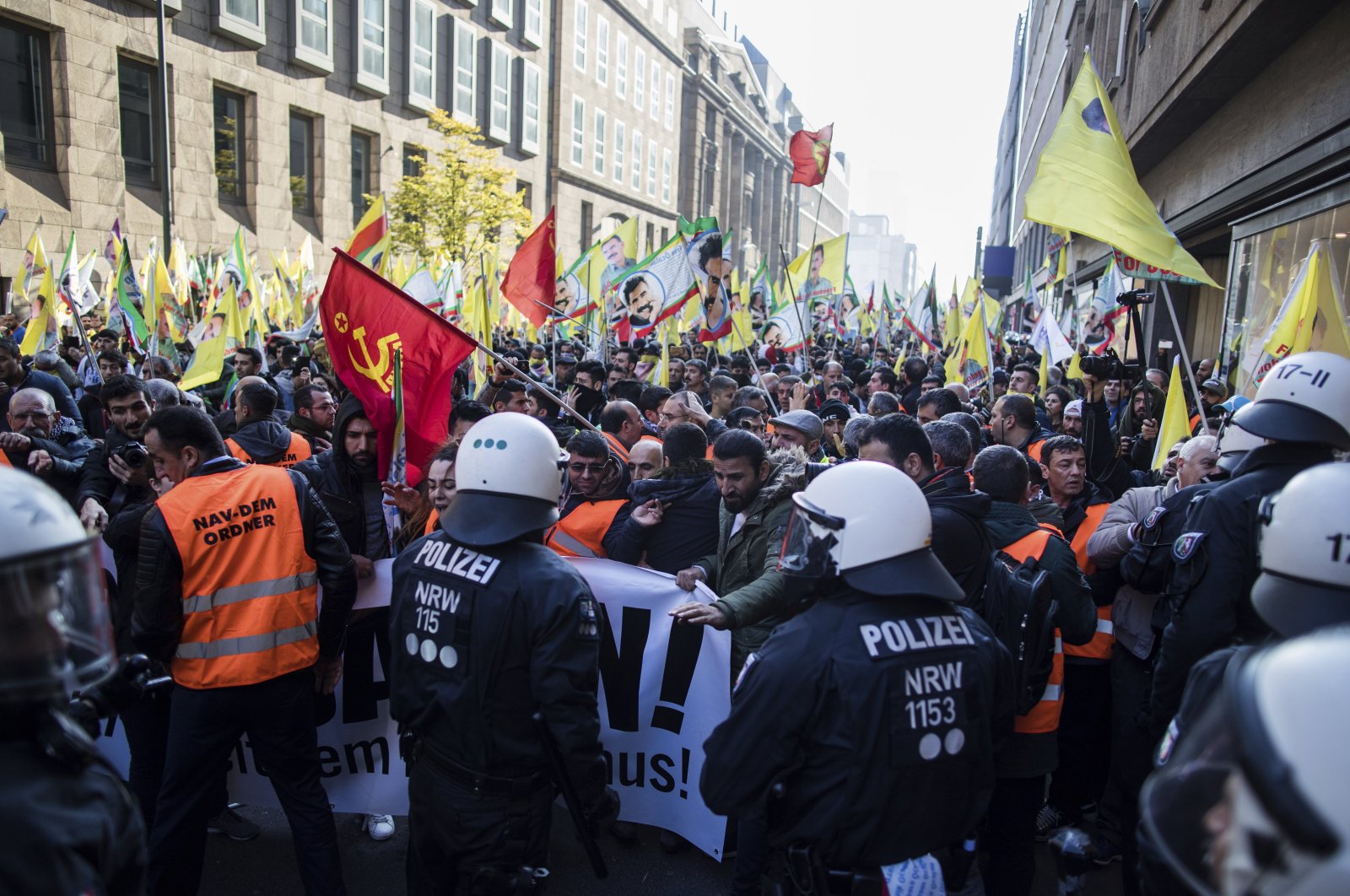 Representatives of the main opposition Republican People’s Party (CHP) and the pro-PKK People’s Democratic Party (HDP) on Friday met with a senior PKK figure holding an anti-Turkey gathering in the German capital Berlin.

Organized by The Left party and the Rosa Luxemburg Foundation, the meeting, which was on the future of the PKK/YPG’s Syrian cantons, brought together senior opposition figures in Turkey, particularly CHP deputy Sezgin Tanrıkulu, Mithat Sancar from the HDP and former HDP deputy Ertuğrul Kürkçü. The parliamentarians shared their table with one of the high-ranking PKK members in Syria, Ilham Ahmed, who, during the meeting, called Turkey an “occupier” and demanded the PKK/YPG be permitted to participate in the negotiation process for a political solution in Syria.

In addition to the aforementioned names, the Turkish daily Sabah reported that Can Dündar – the former editor-in-chief of the Turkish-language daily, Cumhuriyet, who is wanted with a red notice and is on the run on charges of spying and revealing state secrets – was also present at the gathering.

The Turkish government has long accused the HDP of close links with the PKK. The HDP is known for its support of autonomy in regions where large Kurdish populations live. Also, some of its members have been charged or accused of having links to the PKK. Its former co-leader, Selahattin Demirtaş, was arrested in November 2016 over propaganda in support of the terrorist organization.

The CHP has refrained from officially including the HDP in its electoral alliance amid fears of a possible backlash from its secular-nationalist voter base. Yet, the candidate lists for the upcoming elections unveiled the scope of cooperation between the CHP and HDP, which led to some harsh reactions within its own party organization.

A couple of days before attending the meeting in Berlin, Tanrıkulu and Sancar were present at a secret session in Turkish Parliament on the northwestern Syrian province of Idlib, where classified matters on Turkey’s Operation Spring Shield were discussed.

Speaking during the meeting, a politician from The Left, Stefan Liebich, said that Germany’s perspective on the PKK/YPG should change and the bans on the terrorist groups’ symbols should be lifted.