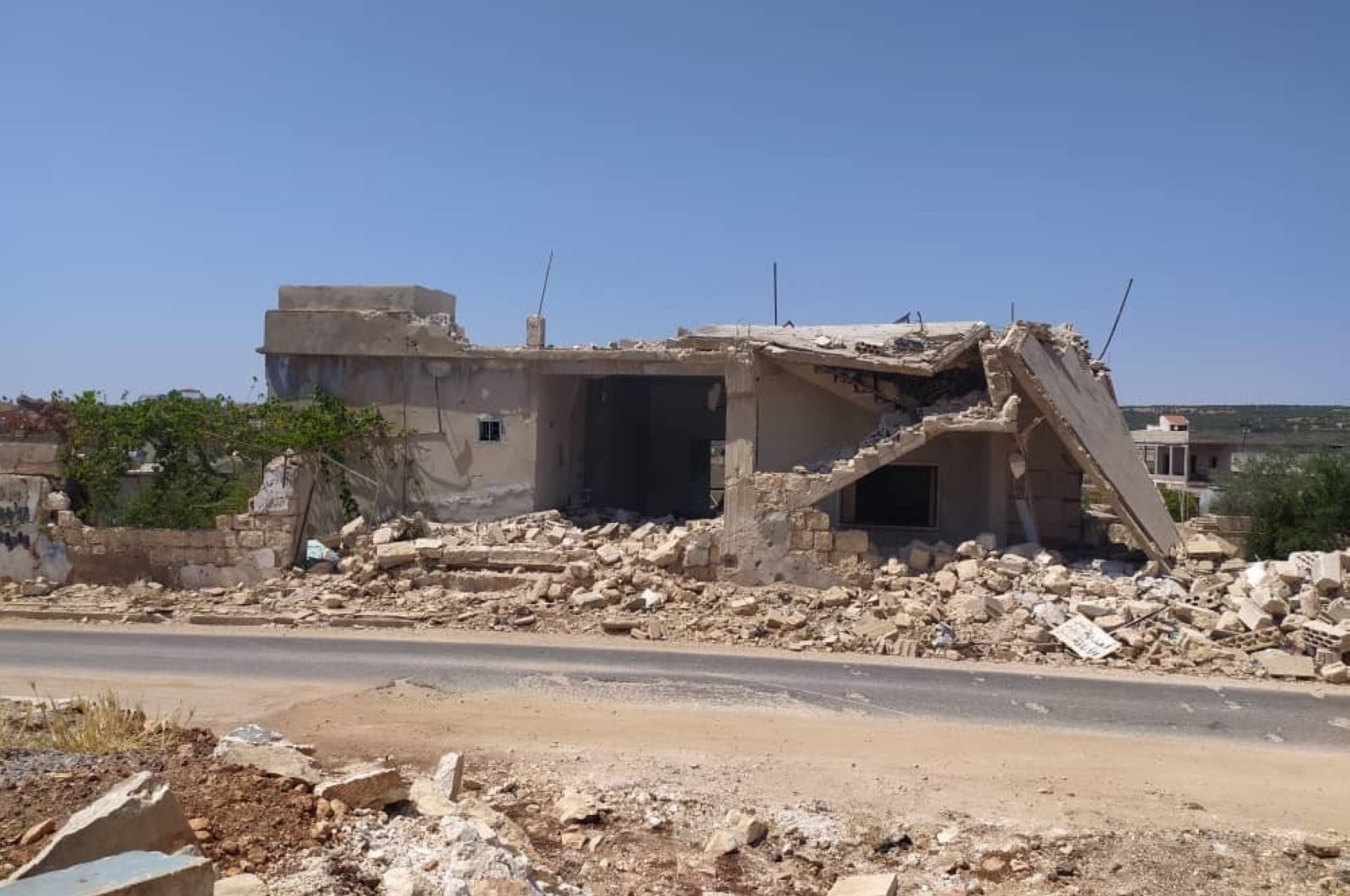 Opposition forces in northwestern Syria's Idlib fended off Tuesday attempts by the Bashar Assad regime forces to infiltrate the Jabal al-Zawiya region, despite an ongoing cease-fire in the area, with many killed in the confrontation.

According to opposition sources, the infiltration attempt was met by a return of fire, eventually forcing the soldiers to retreat with many casualties.

However, the regime's aim in Idlib was not limited to the infiltration attempts as it also carried out artillery attacks in other regions of the province.

Turkey and Russia, which back opposing sides in Syria's war, agreed on March 5 to halt military activity in the Idlib region after an escalation of violence displaced nearly 1 million people and brought the two sides close to confrontation.

The deal addresses Ankara's main concerns, stopping the flow of refugees and preventing the deaths of more Turkish soldiers on the ground.

However, despite the cease-fire, regime forces regularly carry out attacks and attempt to enter the province.

Last week, the regime carried out a similar infiltration attempt in the Turkmen Mountain region but losing many soldiers in the face of resistance from the opposition.

Although the opposition forces persist in pushing back infiltration attempts, the regime continues to deploy more forces to the region, with more than 2,000 troops placed at strategic points near Idlib in the last three months.

In June, Russian warplanes carried out their first airstrikes in Idlib since the declaration of the cease-fire. Since then, there have been various small-scale attacks on the region. In the latest of the attacks, on Aug. 10, regime forces killed seven civilians in Idlib.

It is estimated that over 1 million Syrians have moved near the Turkish border due to intense attacks over the last year, while half of this number displaced after November 2019.

The camps in northwest Syria are densely populated and there is insufficient relief reaching them. Meanwhile, the health and education sectors struggle to provide adequate services.

In order to improve conditions in the region, Turkish humanitarian agencies regularly provide aid to Idlib, with an emphasis on building houses for the displaced, currently living in tent camps.

Multiple foundations, as well as some Turkish politicians, are building briquette houses in the region. President Recep Tayyip Erdoğan and first lady Emine Erdoğan were two of the prominent figures to contributed to the housing projects in the region, where hopes are flourishing once again.

Sisters Semar and Lina are two of the residents of a newly built briquette house. Both lost their husbands in the fight against the regime, the Turkish language daily, Sabah's Betül Usta said in an exclusive report Tuesday. Being forced to leave their village due to regime attacks, the sisters have been forcibly displaced three times along with their children, ending up in Idlib.

Another group of sisters – Meryem, Mara, Rama and Mariyya – also migrated to Idlib along with their grandmother and mother and settled in the new briquette houses a month ago.

Escaping regime attacks in Hama, the sisters hold on to fledgling hopes of a better life. The sisters, who have started attending school again, want to be doctors when they grow up. The family expressed their gratitude to Turkey for providing safe living spaces.

Seen as a ray of hope by the locals, Turkish aid agencies and media are welcomed in the region with great enthusiasm, as children call out to each other, "Turkey is here," whenever they see vehicles with Turkish flags on them.

Interior Minister Süleyman Soylu's visit to the region in June, still fresh in the locals' memories, has been regarded as a sign of Turkey's support for the displaced Syrians.

Whenever the name of Soylu is mentioned, Syrian children smile and say, "the minister from Turkey."

"The only hope for people in Idlib is Turkey," Soylu told Sabah about his visit.

"So far, 17,000 briquette houses have been built in the region. By the end of the year, we plan to build a total of 50,000 houses," the minister said, stressing that displaced Syrians and their children have the right to have a good education and modern lifestyle, although their rights have been forcibly taken away by the regime.