OSCE leadership in crisis after collapse of diplomatic talks 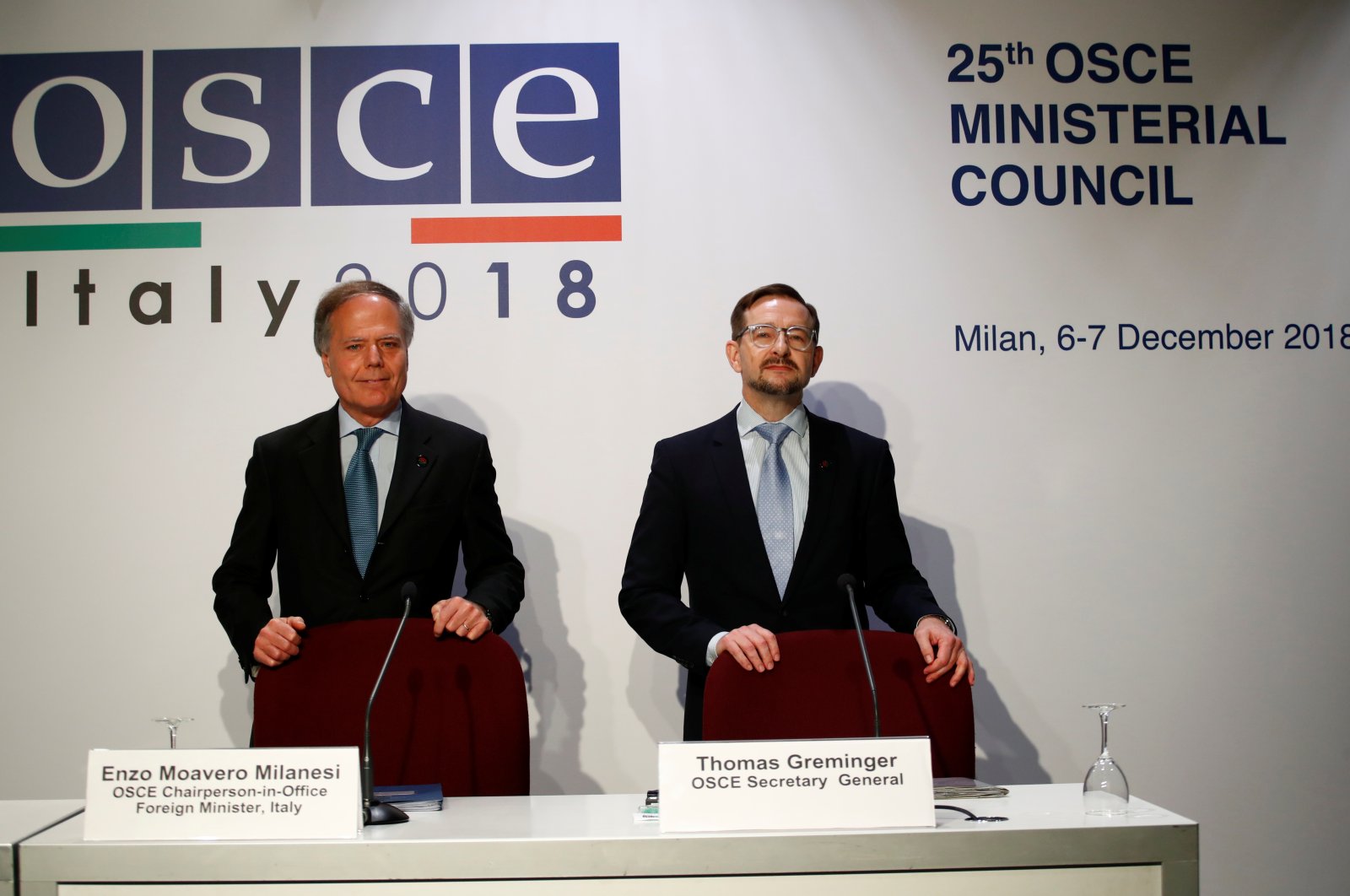 The Organization for Security and Co-operation in Europe (OSCE) will be left without leadership at the end of the week after the breakdown of diplomatic talks, diplomats said Tuesday.

On Monday, the 57 member countries could not agree to extend the terms of four top officials until successors are chosen at a ministerial meeting in December.

Secretary-General Thomas Greminger is now set to leave his post on Saturday in Vienna, along with Ingibjorg Solrun Gisladottir, who heads the organization's election monitoring and pro-democracy work; Harlem Desir, the OSCE media freedom watchdog; and Lamberto Zannier, who monitors national minorities.

The diplomatic logjam was triggered as Azerbaijan and Tajikistan blocked the reappointment of the Frenchman Desir, who had repeatedly criticized the situation in both countries.

Efforts to extend their terms until December as an interim solution also failed.

"The OSCE is confronted with an institutional crisis," the Swiss Foreign Affairs Department warned in a statement.

While the OSCE secretariat in Vienna and Gisladottir's office in Warsaw will likely be led by senior OSCE officials in the coming months, the work of the media freedom and minority representatives cannot be fully taken over by their respective teams, according to the organization's rules.

"Nothing will stop, but it will definitely weaken the organization," a diplomat told DPA, requesting anonymity. "It's a big mess."

The OSCE's 57 member states are from Europe, Central Asia and North America.

Turkey headed the Forum for Security Cooperation from January to April 2020.

The forum, which works to increase military security and stability in Europe, is one of the OSCE's two main regular decision-making bodies.

The forum's chairmanship rotates among the OSCE participating states, with each state holding the chairmanship for four months.