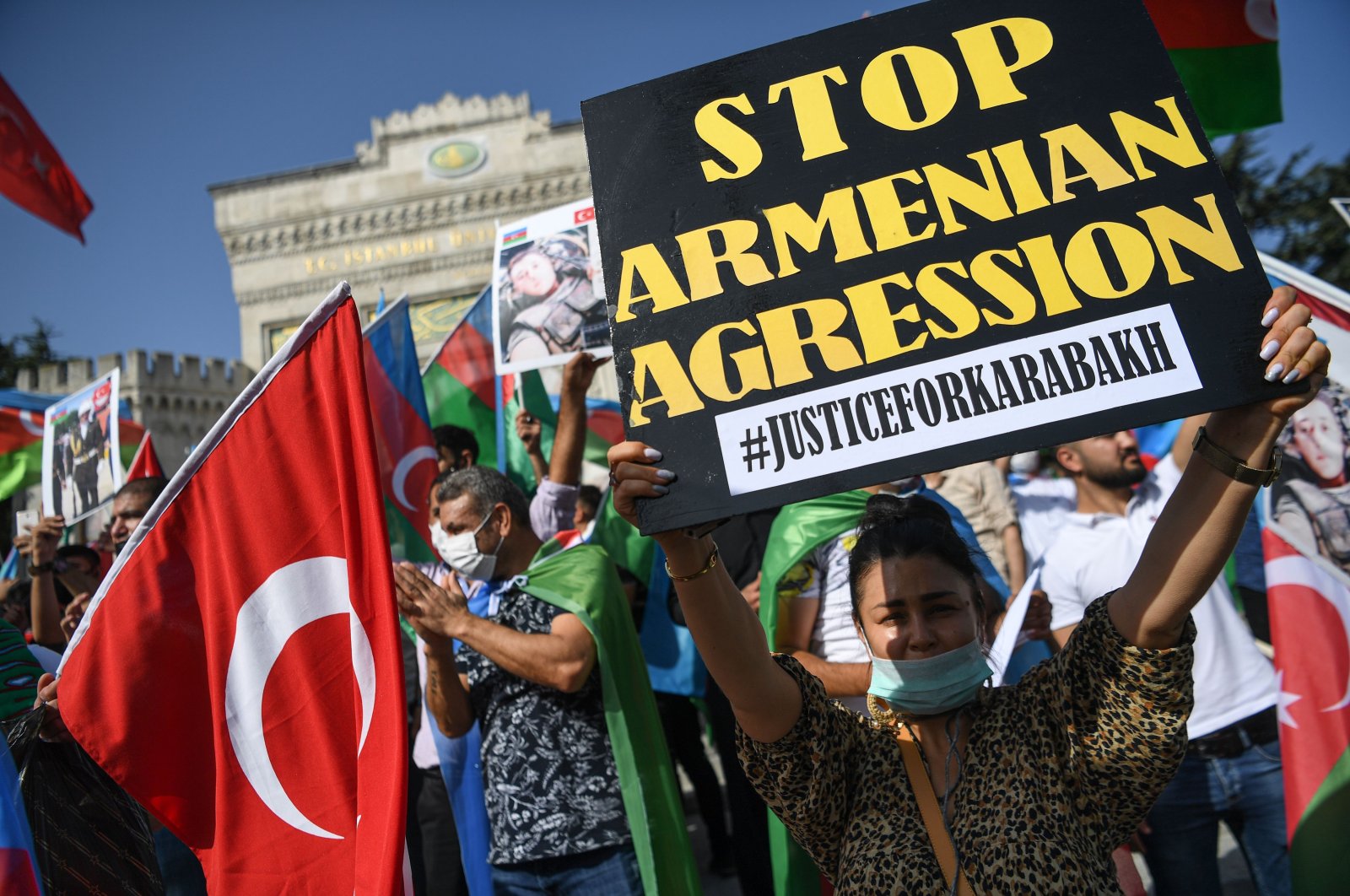 Russia, the U.S. and France said late Monday that the escalating conflict between Armenia and Azerbaijan over the occupied Nagorno-Karabakh represented an "unacceptable threat" to the region's stability.

The three countries' foreign ministers in a joint statement condemned "in the strongest terms the unprecedented and dangerous escalation of violence," adding that attacks allegedly targeting civilian centers "constitute an unacceptable threat to the stability of the region."

"The ministers call once again upon the conflicting parties to accept an immediate and unconditional ceasefire," the statement said.

Many world powers, including Russia, France and the U.S., have urged an immediate cease-fire following the latest flare-up in the conflict. Turkey, meanwhile, has supported Azerbaijan's right to self-defense.

Reiterating Ankara's support to Baku against recent aggression by neighboring Armenia, President Recep Tayyip Erdoğan also said Monday, "It is the duty of every honorable state to support Azerbaijan's fight to liberate its occupied territories."

The Minsk Group caused a deadlock in the dispute between the two countries, he stressed, adding that humanity cannot find permanent peace and tranquility without rescuing the world from rogue states and their rogue rulers.