Over 948,000 displaced in worst crisis northwest Syria has experienced 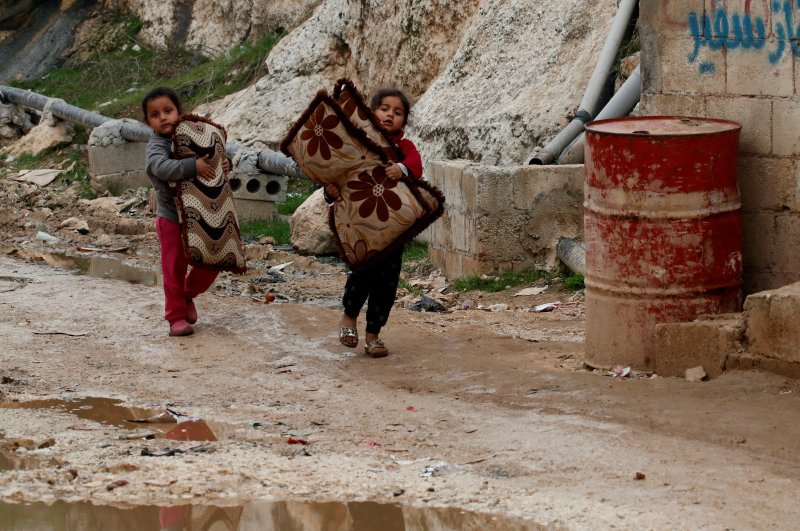 More than 948,000 people have been displaced in northwest Syria since Dec. 1, 2019. Some 569,000 of them are children and over 195,000 of them are women, together comprising 81% of the newly displaced population resulting from the Bashar Assad regime’s latest assault on the last opposition stronghold, the U.N. Office for the Coordination of Humanitarian Affairs (OCHA) stated.

“More people have been displaced into a smaller area in a shorter period of time than ever before, with nowhere else to flee. Lives are increasingly at risk as increasing numbers of people are concentrated in smaller areas. Many are moving to unsafe areas as they have no other options,” OCHA stated in its latest situation report on Feb. 28.

Despite repeatedly claiming it wants to put an end to the conflict in northwestern Syria's Idlib, Russia continues to fuel the war with attacks in accordance with the Assad regime, killing civilians almost every day.

The regime and its supporters have been violating the Sochi agreement that was reached on Sept. 17, 2018, by President Recep Tayyip Erdoğan and his Russian counterpart Vladimir Putin. According to the agreement, the cease-fire in the Idlib region would be preserved, with the withdrawal of heavy arms and radicals from the region.

Alarmed by the issue, Turkey, which hosts the highest number of refugees in the world, is determined to tackle the problem outside of its borders. Thus, it has been engaging with diplomatic efforts for years now, especially with countries like Russia and Iran.

As the intensification of hostilities moves into the 13th week since commencing on Dec. 1, 2019, intensive aerial and artillery bombardments and ground fighting persist while frontlines continue to shift, with over 200 communities in eastern Idlib and western Aleppo governorates coming under the control of the regime forces and its allies, the U.N. said.

Since the beginning of December, the U.N. Office of the High Commissioner for Human Rights (OHCHR) recorded incidents resulting in the deaths of at least 465 civilians, including 145 children and 85 women. Of these, 24 civilians, including six children and eight women, were reportedly killed in areas under the control of the Syrian regime. At least 1,746 civilians – including 513 children and 338 women – were killed in Idlib, Aleppo and Hama governorates in northwest Syria between April 2019 and February 2020, according to OHCHR records.