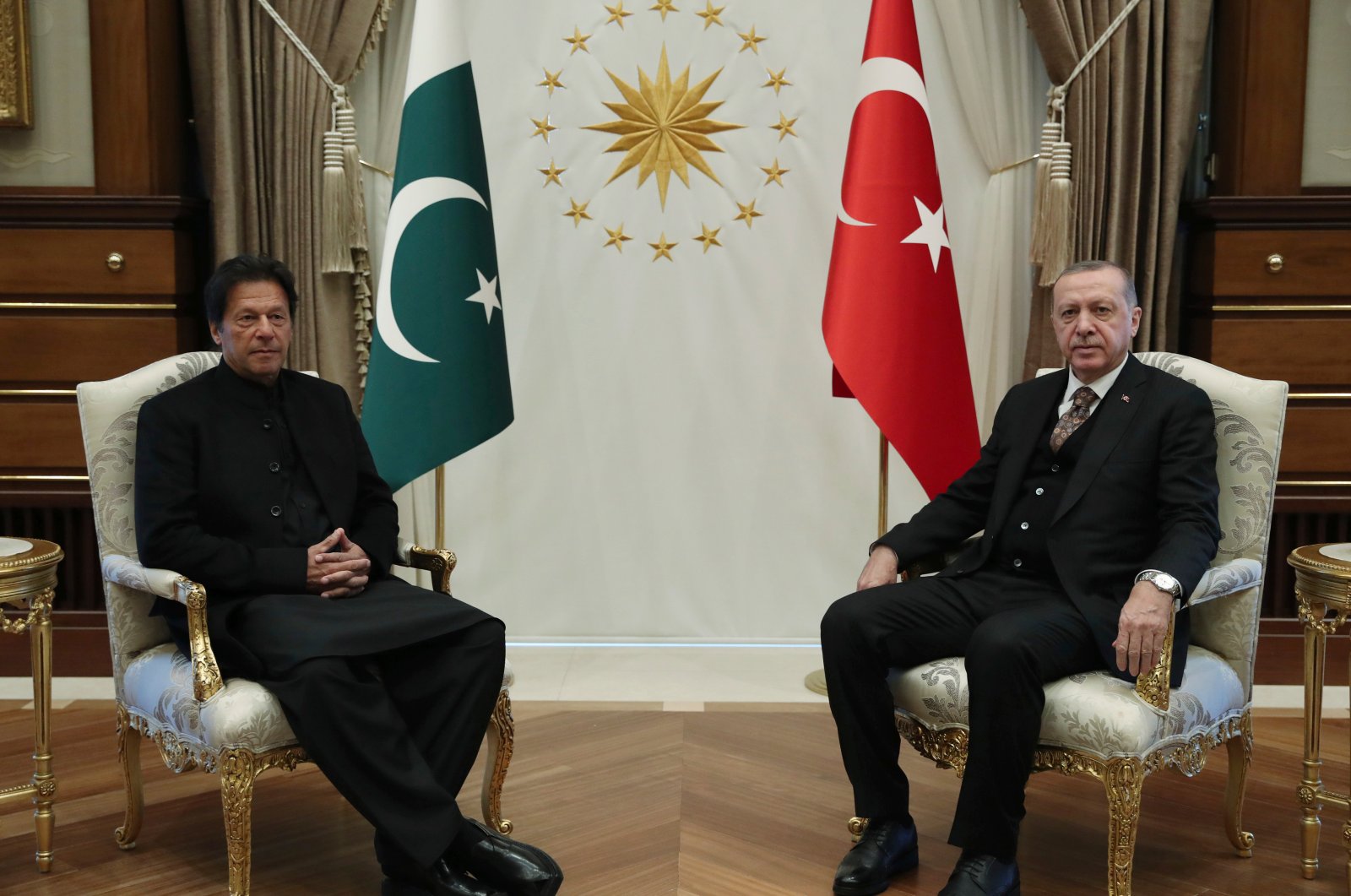 Pakistan’s prime minister Tuesday reaffirmed support and solidarity for Turkey on the eve of the July 15, 2016 defeated coup attempt, saying his country continues to stand by Turkey and was taking all possible steps to support its efforts to address the threat posed by the Gülenist Terror Group (FETÖ).

"Four years ago the Turkish people displayed their characteristic resilience and legendary bravery to defy the forces of darkness targeting Turkey’s peace and stability as well as its democratic institutions," Imran Khan said in his message for Democracy and National Unity Day, a public holiday in Turkey.

"The saga of human courage and determination witnessed on July 15, 2016 was indeed an inspiration for millions across the globe and will be remembered in the annals of history."

Turkey on Wednesday will mark the fourth anniversary of the 2016 defeated coup attempt by FETÖ that killed 251 people and injured nearly 2,200.

The country marks June 15 as Democracy and National Unity Day with events nationwide to commemorate those who lost their lives pushing back the putschists and to remember the bravery of the nation.

Drawing parallels with the Khilafat Movement, Khan said the spirit of Turks on that day was similar to what "motivated our forefathers not to hesitate from making any sacrifice for their Turkish brethren a century ago."

In 1918, South Asian Muslims struggled to save the Ottoman Empire from falling.

"We join the people of Turkey in honoring the martyrs and supporting their families," the Pakistani premier said.

Pakistan, he added, "stands by Turkey and has been taking all possible steps to support Turkey's efforts to address the threat posed by the Gülenist Terror Group.”

The speakers of the lower and upper houses of parliament also expressed solidarity in separate statements.

"We always have, and will continue to stand by Turkey in the face of all challenges," said Senate chairman Sadiq Sanjrani.

Pakistanis stood by Turkey on the night of July 15, 2016, and will continue to do so, said National Assembly speaker Asad Qaiser.

In a statement, Haq said: "Turkey under the leadership of President (Recep Tayyip) Erdoğan set an example of peoples’ support to governments."

"The current regime with the support of our Turkish brethren are scripting one of the best chapters in Anatolian history," he added.