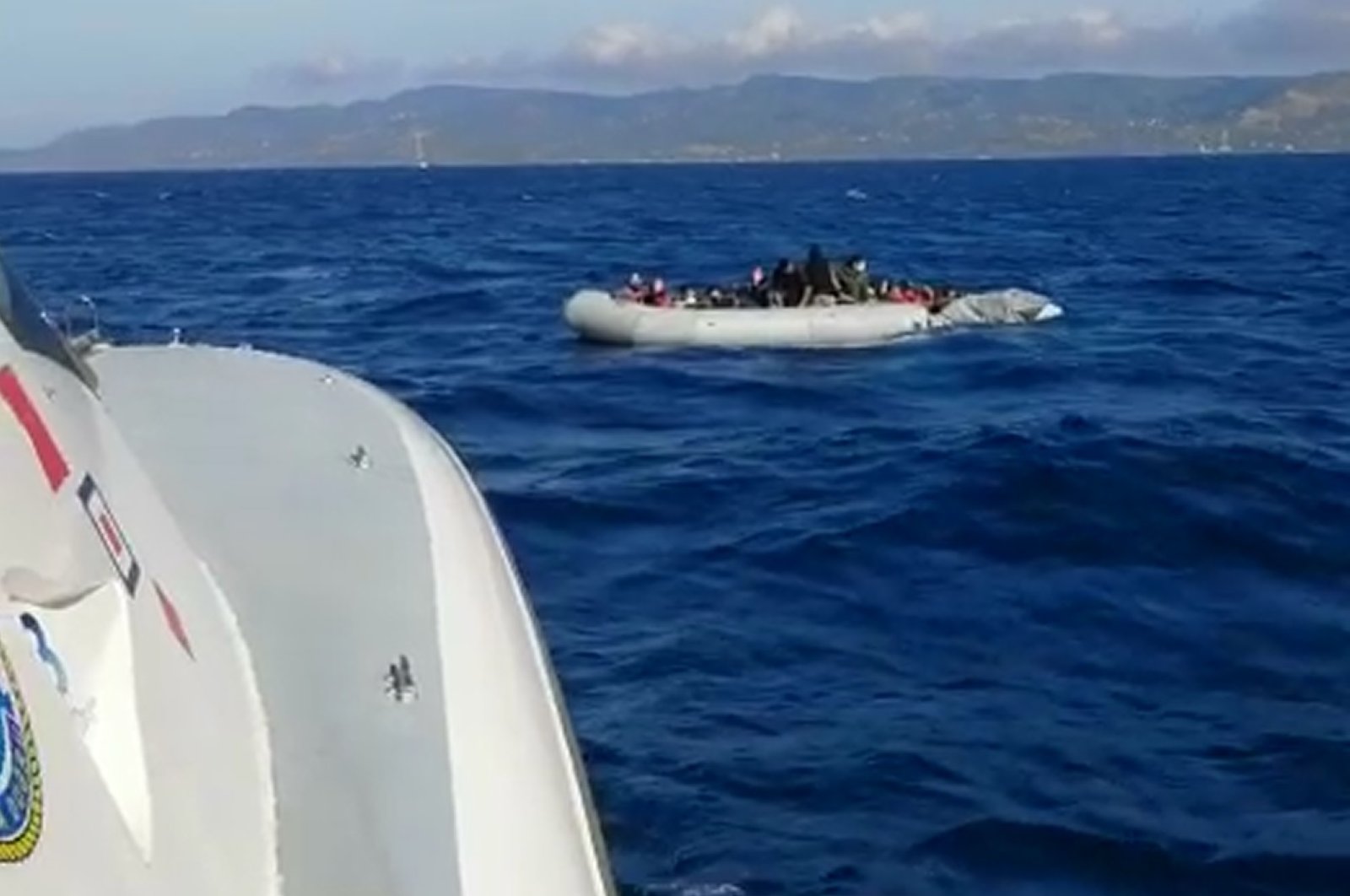 The Turkish Coast Guard arrives to rescue a boat of migrants and refugees off the Aegean Sea coast of Çanakkale's Ayvacık district, June 6, 2020. (DHA Photo)
by DAILY SABAH
Jun 07, 2020 10:36 pm

About half as many migrants and refugees were caught attempting to cross into Europe from Turkey via sea routes during the time of the coronavirus outbreak compared to last year, data by Anadolu Agency (AA) has shown.

While 7,173 migrants and refugees were caught trying to cross into Europe in the Aegean, Mediterranean and Black seas from March to May last year, only 3,742 people were caught during the same time period this year, according to the Coast Guard Command data compiled by AA.

Of those 3,742 migrants and refugees, 2,907 people were apprehended in March. This number fell sharply to 253 in April, when the outbreak and countermeasures were in full swing in Turkey. In May, the number increased slightly to 528.

The number of migrants and refugees who died on the dangerous sea journey also declined significantly. From March to May last year, 16 migrants lost their lives at sea when their boats capsized or sank, whereas this year, four people died during the same period.

Likewise, the number of interventions by the Turkish coast guard from March to May fell by nearly half from 219 in 2019 to 122 this year.

In step with the decrease in the number of illegal migration incidents, the number of trafficking ringleaders apprehended by Turkish authorities this year fell to three from 12 last year during the same period.

In the first five months of the year, 56,518 migrants and refugees were detained by Turkish authorities for illegal immigration, according to the Directorate General of Migration Management.

The largest nationality group among those apprehended was Afghanis, with 19,801 people arrested in operations. The next largest group was Syrians with 9,110, followed by 6,095 Pakistanis, 2,072 Iranians, 1,268 Palestinians and 1,179 Iraqis.

During the first five months of the year, 1,401 traffickers were arrested, the directorate general said.

Gendarmerie, police and the coast guard frequently conduct joint operations to prevent illegal immigration and save the lives of migrants and refugees.

The Coast Guard Command often carries out operations to rescue distressed boats of migrants and refugees, particularly those who are pushed back into Turkish territorial waters by Greek coast guard forces.