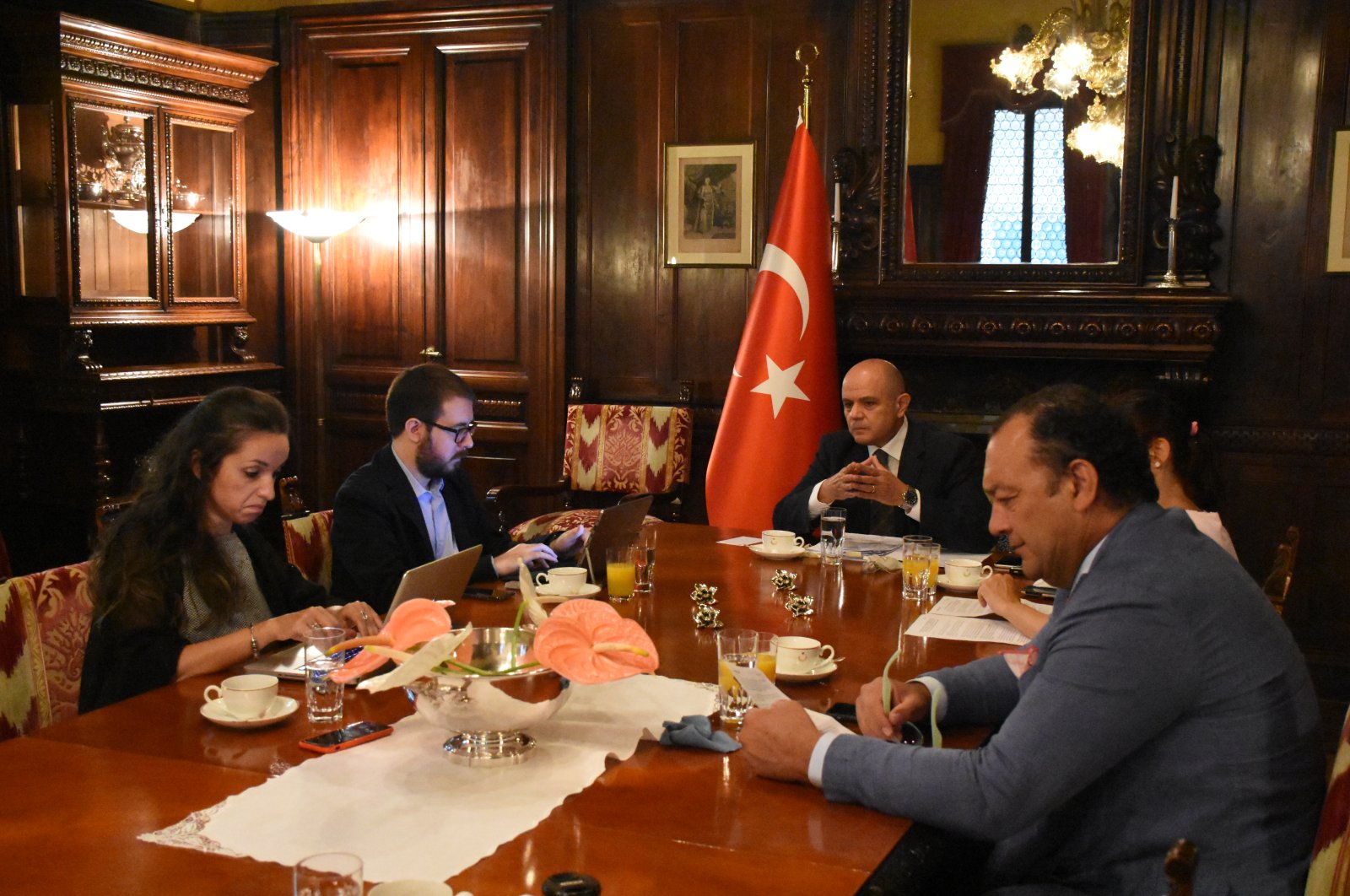 The Turkish Directorate of Communications held virtual panels Tuesday in Rome and Brussels to commemorate the fourth anniversary of the July 15, 2016, defeated coup in Turkey.

The directorate commemorated the fourth anniversary with the "15 Panels on July 15" program in 15 countries.

Turkey's Ambassador to Italy Murat Esenli said his country expects relevant countries to extradite Gülenist Terror Group- (FETÖ) linked individuals to Turkey "so that due process of law can function."

"We are also expecting cooperation from relevant countries against the financing of terrorism, especially with fulfilling our expectations regarding the freezing of assets of FETÖ affiliated individuals," he said. "With the growing awareness, so far more than 120 members of FETÖ have been extradited to Turkey from more than 20 countries. In 38 countries, activities of FETÖ affiliated school and language courses have been terminated. In 20 countries, the state institution Turkish Maarif Foundation has taken over those educational facades."

The ambassador said Turkey is also fighting all kinds of terror groups on the ground, including Daesh and the YPG/PKK.

"Turkey not only protects its borders but also protects the borders of NATO and the European Union," Esenli added.

In its more than 40-year terror campaign against Turkey, the PKK – listed as a terrorist organization by Turkey, the U.S. and EU – has been responsible for the deaths of 40,000 people, including women, children and infants. The YPG is the PKK's Syrian offshoot.

Since 2016, Turkey has launched a trio of successful anti-terror operations across its border in northern Syria to prevent the formation of a terror corridor and enable peaceful settlement by locals: Euphrates Shield in 2016, Olive Branch in 2018, and Peace Spring in 2019.

Former Italian ambassador to Turkey, Carlo Marsili, told the panel that Turkey and Italy share common interests in the Eastern Mediterranean. He said it is necessary to upgrade the customs union and extend EU visa liberalization to Turkey, "which will create a win-win situation for all."

Italian academician Valeria Giannotta was in Turkey on July 15, 2016, and was shocked by the coup attempt but said she was pleased to see Turks united against the coup.

From Turkey, Hasan Basri Yalçın from Istanbul Ticaret University said the defeated coup was one of the most dramatic events in Turkish people's lives and Ankara has been fighting terrorism in all forms in Turkey and in cross-border operations.

The panel in Belgium was chaired by Turkish Ambassador to Belgium Hasan Ulusoy, who recalled the traumatic night and called for international cooperation in fighting terrorism.

Dries Lesage, an associate professor at Ghent University, said the coup attempt was an attack against Turkish democracy and the rights of the Republic of Turkey as a recognized sovereign state.

Lesage said it was also a human rights violation because it caused the deaths of hundreds and left many more wounded.

FETÖ and its U.S.-based leader Fetullah Gülen are accused of orchestrating the coup which killed 251 people and injured nearly 2,200 others.