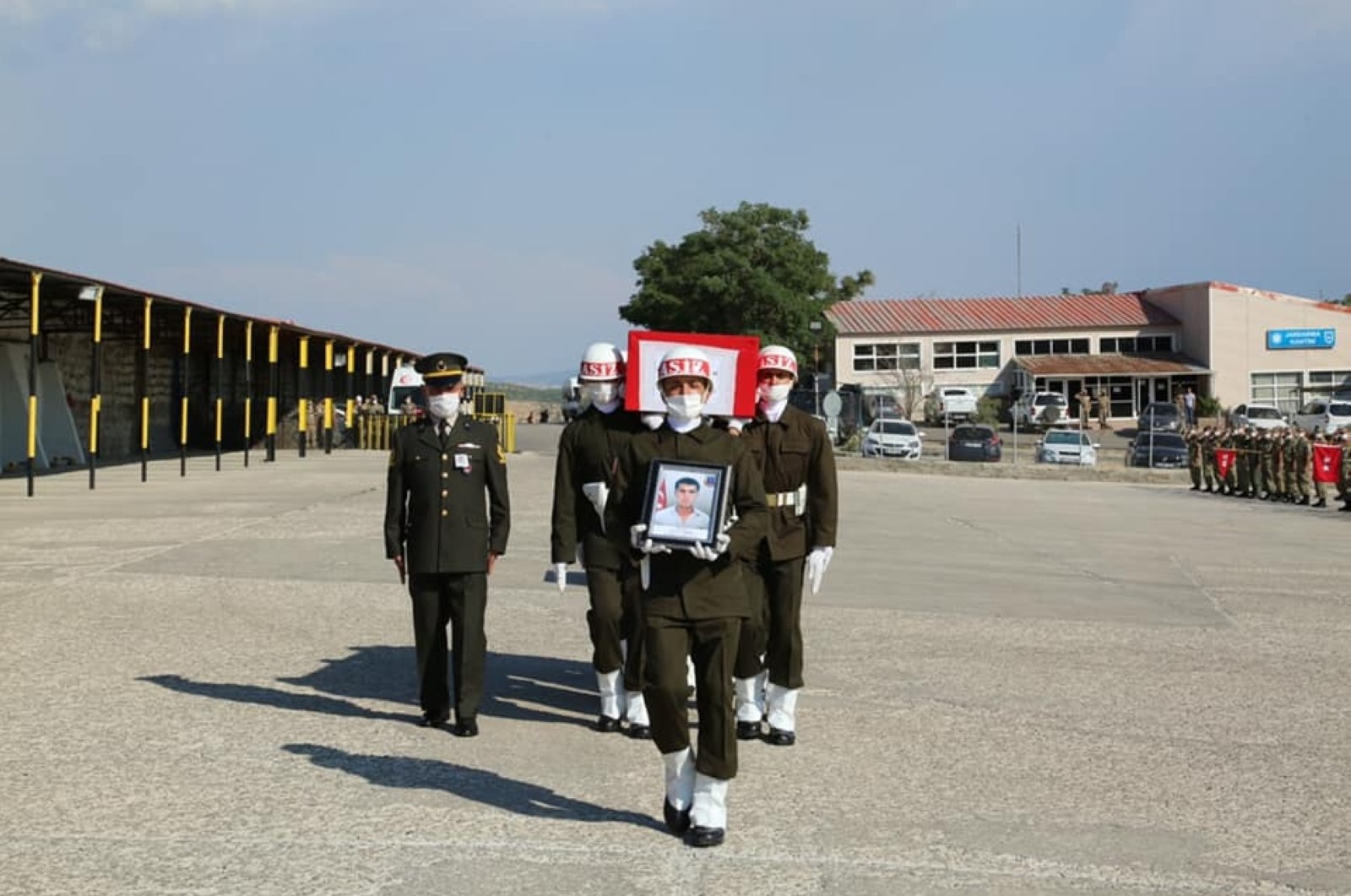 Turkish soldiers carry the body of the fallen guard during his funeral ceremony in the Idil district of southeastern Şırnak province, Turkey, Aug. 6, 2020. (DHA Photo)
by Anadolu Agency Aug 06, 2020 3:22 pm

A Turkish village guard was killed in a clash with PKK terrorists during a cross-border anti-terror operation in northern Iraq, the Turkish National Defense Ministry said Wednesday.

In a statement, the ministry said the village guard was injured during Operation Claw-Tiger and succumbed to his wounds at a hospital.

The ministry conveyed its condolences to the Turkish nation over his death.

Turkey's operations Claw-Tiger and Claw-Eagle were launched earlier this year to ensure the safety of the Turkish people and borders by neutralizing the threat of the PKK and other terrorist groups in the region.