PKK terrorists should not be in Iraq’s KRG, British Consul-General says 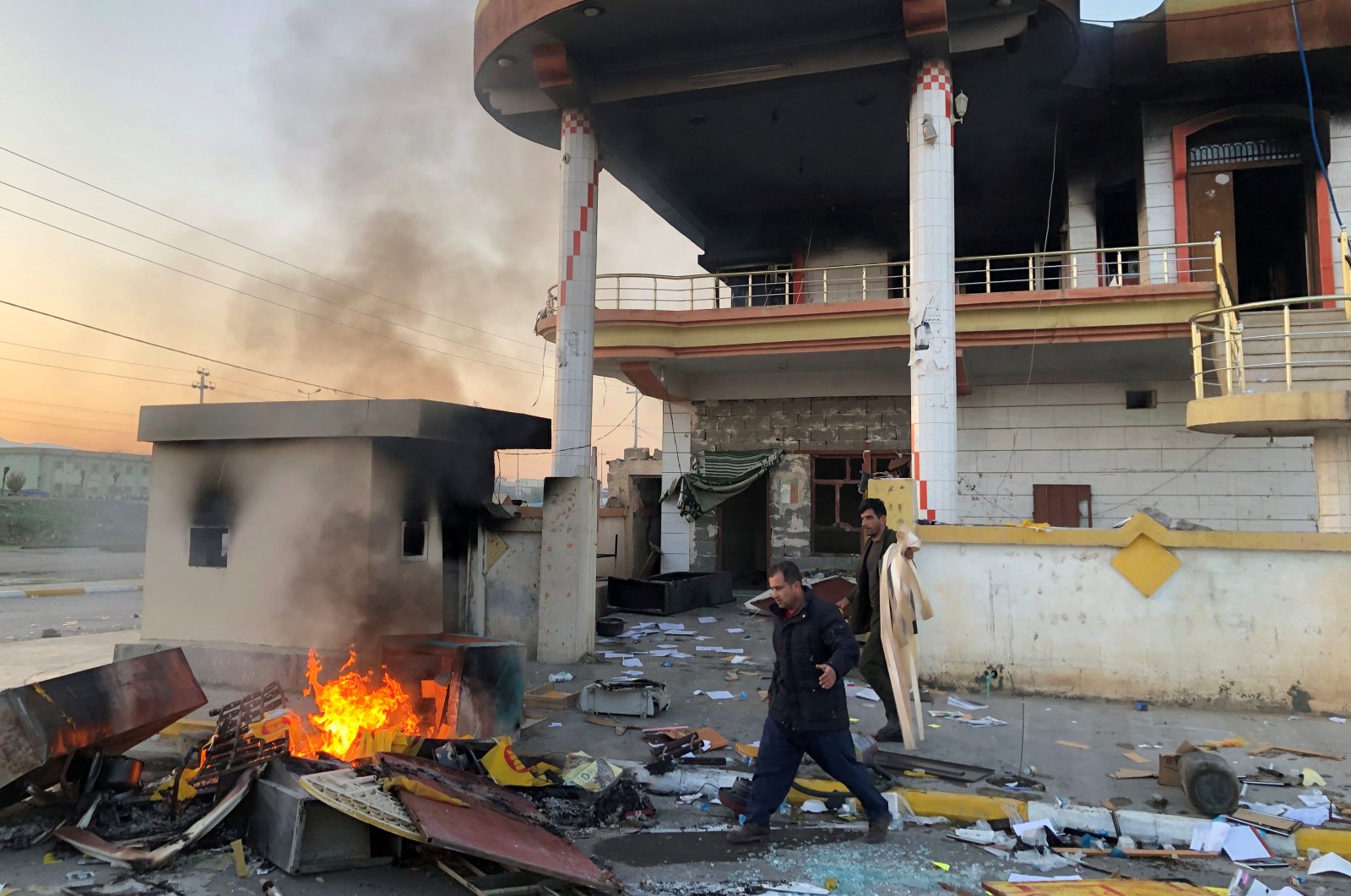 Men are seen outside the headquarters of the Kurdistan Democratic Party (KDP) after it was set on fire during anti-government protests on the outskirt of Sulaimaniyah, Iraq, Dec., 8, 2020. (REUTERS Photo)
by DAILY SABAH Dec 15, 2020 4:42 pm
RECOMMENDED

“My condolences to the family of Lt. Jahid Abdulrahman Amin of the Peshmerga, killed by the PKK,” Thornton wrote on Twitter.

The Iraqi central government and the KRG recently deployed some 6,000 security forces near the Sinjar area in a blow to the PKK terrorist group and the Iranian-backed Hashd al-Shaabi (Popular Mobilization Front - PMF) militants.

The Baghdad and Irbil administrations took the first step to eliminate the presence of PKK terrorists from the area where they established a second quasi-base beside their main headquarters in the Qandil mountains in northern Iraq.

The Sinjar deal, inked under the auspices of the United Nations in October between the central government in Baghdad and the KRG on the status of the region, envisages clearing the region of PKK terrorists.

Since the deal was inked, the PKK increased its attacks against the KRG and vital facilities in northern Iraq.

The PKK terror group managed to establish a foothold in Sinjar in 2014 under the pretext of protecting the Yazidi community from the Daesh terror group. Some 450,000 Yazidis fled Sinjar after Daesh took control of the region.

In its more than 40-year terror campaign against Turkey, the PKK – listed as a terrorist group by Turkey, the United States and the European Union – has been responsible for the deaths of 40,000 people, including children.