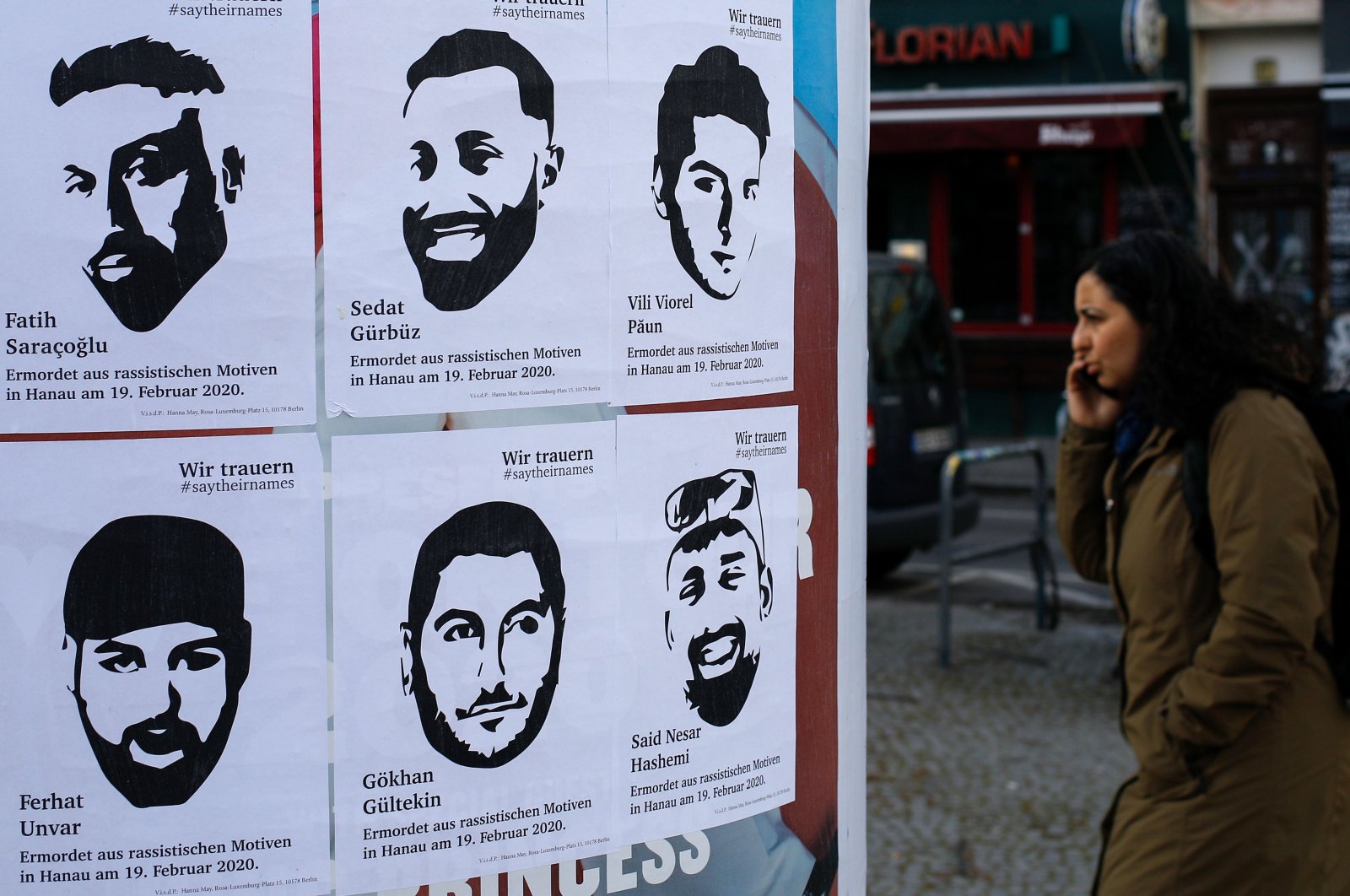 Posters with the pictures and names of victims of a far-right extremist gunman who killed nine people in a racist attack in Hanau, Germany on Feb. 19 can be seen on an advertising column in Berlin's Kreuzberg district, Germany, March 19, 2020. (AFP Photo)
by DAILY SABAH Apr 08, 2020 10:40 am

Far-right extremist crimes in Germany rose in 2019 by almost 10%, German Funke media group reported Tuesday, citing police reports. A total of 22,337 offenses that had right-wing connections were reported to a specialized unit of the German police. In the previous year, police registered 20,431 right-wing motivated crimes; in 2017, there were 20,520.

The crimes mainly consist of propaganda and hate speech, but also almost 1,000 attempted and carried out acts of violence such as assault and murder, according to the Interior Ministry. A slight increase in violent crimes was observed, with 1,156 in 2018 compared to 986 the previous year.

The government stressed that the 2019 figures are preliminary and “can still be subject to change.” The final numbers will be published in May by the Interior Ministry. According to the preliminary report, the police identified a total of 41,175 politically motivated crimes last year – an increase of 14%.

The statistics show 9,849 crimes committed by left-wing extremists and 427 religiously motivated crimes in 2019.

There has also been a renewed rise in anti-Semitic crimes in Germany. In the previous year, a total of 2,032 were committed compared to 1,799 in 2018.

Irene Mihalic, an expert on the interior matters of the Green Party, said according to Funke, there is an “enormous threat” of crimes committed by neo-Nazis. The recent figures show “the new quality of the right extremist danger.”