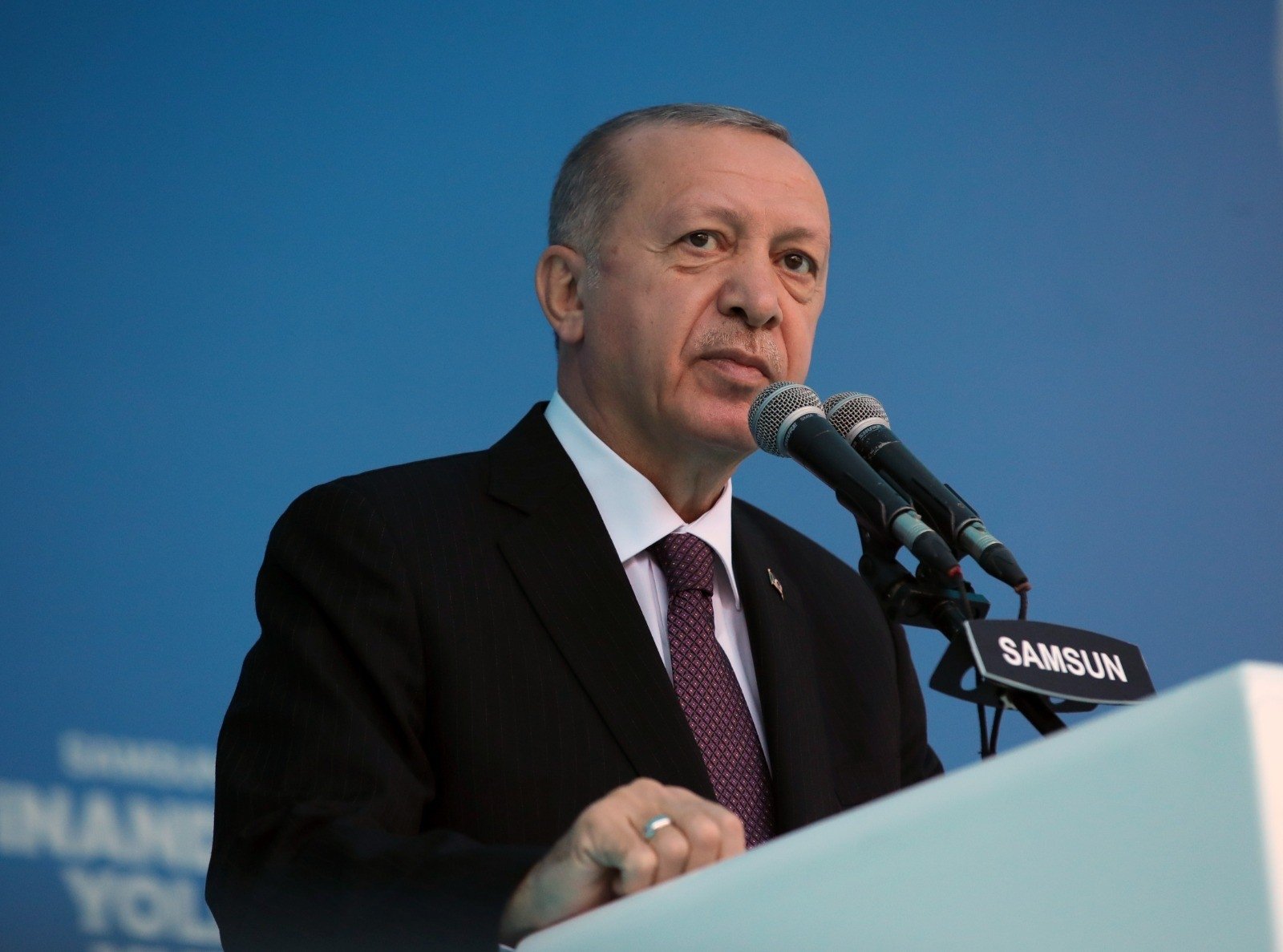 "A fight needs to be put up against anti-Muslim sentiment today, just as a battle was waged against anti-Semitism in the wake of the Holocaust," said the Turkish president on Sunday marking the 25th anniversary of the Dayton Peace Agreement.

On the occasion of the 25th anniversary of the beginning of talks for the Dayton Peace Agreement, which ended the war and genocide in Bosnia and Herzegovina on Nov. 1, 1995, President Recep Tayyip Erdoğan sent a video message to the virtual Leaders Summit on Genocide: Lessons Learned from Srebrenica, organized by the Srebrenica Memorial Center and the Sycamore Foundation.

"The genocide, which occurred 25 years ago in Srebrenica, the heart of Europe, has been engraved as a black stain on the history of humanity. Despite the passing of a quarter-century, the pain caused by our 8,372 Bosnian brothers and sisters, brutally murdered, continues to wound our hearts," Erdoğan said. "On this occasion, I once again commemorate our beloved martyrs with mercy and offer my condolences to the grieving families of the victims of the genocide and the Bosnian people," he added.

Erdoğan said that sadly "the demands for justice made by those who lost their loved ones during the genocide were not fulfilled completely, and most of the perpetrators did not receive the punishment they deserved."

"Those who handed over our brothers and sisters taking shelter under the protection of the United Nations to their murderers and sent them to death have not given an account of their responsibilities. Even worse, humanity, especially the European politicians and media outlets, did not take the necessary lessons from the Srebrenica genocide."

"The massacres we witnessed in many parts of the world from Syria to Yemen, Arakan to New Zealand, are the most painful examples of this. The international organizations that have watched the Srebrenica genocide have just remained bystanders in the face of these atrocities in recent years," Erdoğan noted.

He added, "we see that the countries that teach the world about human rights and democracy take the lead in Islamophobia and xenophobia."

"Racist terrorism spreads like the plague in many western countries, sometimes protected at the presidential level. The weight of attacks and assaults targeting Muslim places of worship, workplaces, masjids and non-governmental institution buildings has increased to worrying levels," the president also said.

Erdoğan stressed that the European Muslims were facing systematic discrimination and their rights and liberties were being usurped.

"It is high time to say 'stop' to this malign state of affairs and course of actions that threaten the future of humanity and the culture of coexistence of different faiths and cultures," he said.

He noted that "at a time of increasing economic distress and rising social tensions due to the coronavirus pandemic, significant tasks and duties fall upon all people and all heads of states who uphold democracy, freedoms, peace and justice."

"We should be bravely vocal about the wrongs and misdeeds that we see to prevent a recurrence of the genocide in Srebrenica and we should look for solutions together. We must fulfill our responsibility, not only for ourselves and our countries but also for the future of our children," he stressed.

Erdoğan said he hopes that "the 25th anniversary of the Srebrenica genocide and the beginning of the talks for the Dayton Peace Agreement, will be the means of an awakening for the whole world, especially the European countries."