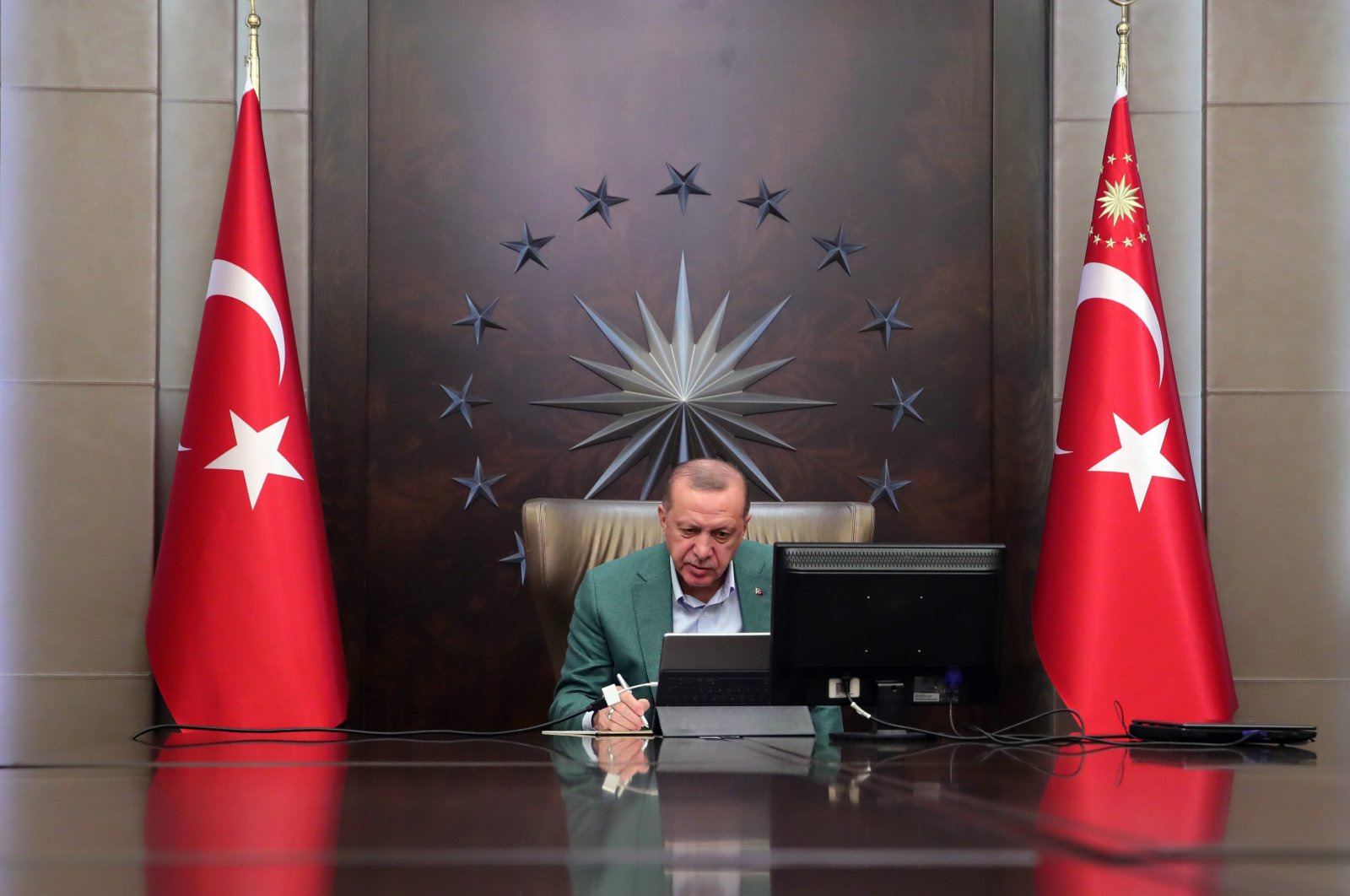 President Recep Tayyip Erdoğan held a Cabinet meeting with ministers via teleconference on Monday to discuss measures to be taken in Turkey amid the coronavirus outbreak.

In a message posted on his official Twitter account, the president said the government’s efforts to contain the virus continue, as they closely monitor the work of all institutions and coordinate efforts.

In his meeting with Oktay, Erdoğan said the country should hold people who smuggle products used in the coronavirus fight out of the country accountable for their actions.

Regarding the online learning experience initiated by the Ministry of Education, Erdoğan said the system could be further developed and used in the future, as he said he highly values the advice of the Science Council regarding postponing the return to classes.

Erdoğan also reassured Ersoy that Turkey will overcome this difficult period and told Pakdemirli that his ministry plays a crucial role in such a critical period.

Erdoğan told Oktay that the government will take steps if there are any measures that need to be discussed in Parliament.

Meanwhile, Health Minister Koca told Erdoğan that Turkey has purchased 50,000 coronavirus test kits from China and the kits were expected to arrive in Turkey later Monday.

Turkish politicians have taken measures to prevent the spread of the coronavirus not only throughout the country but also in the Parliament and government institutions.