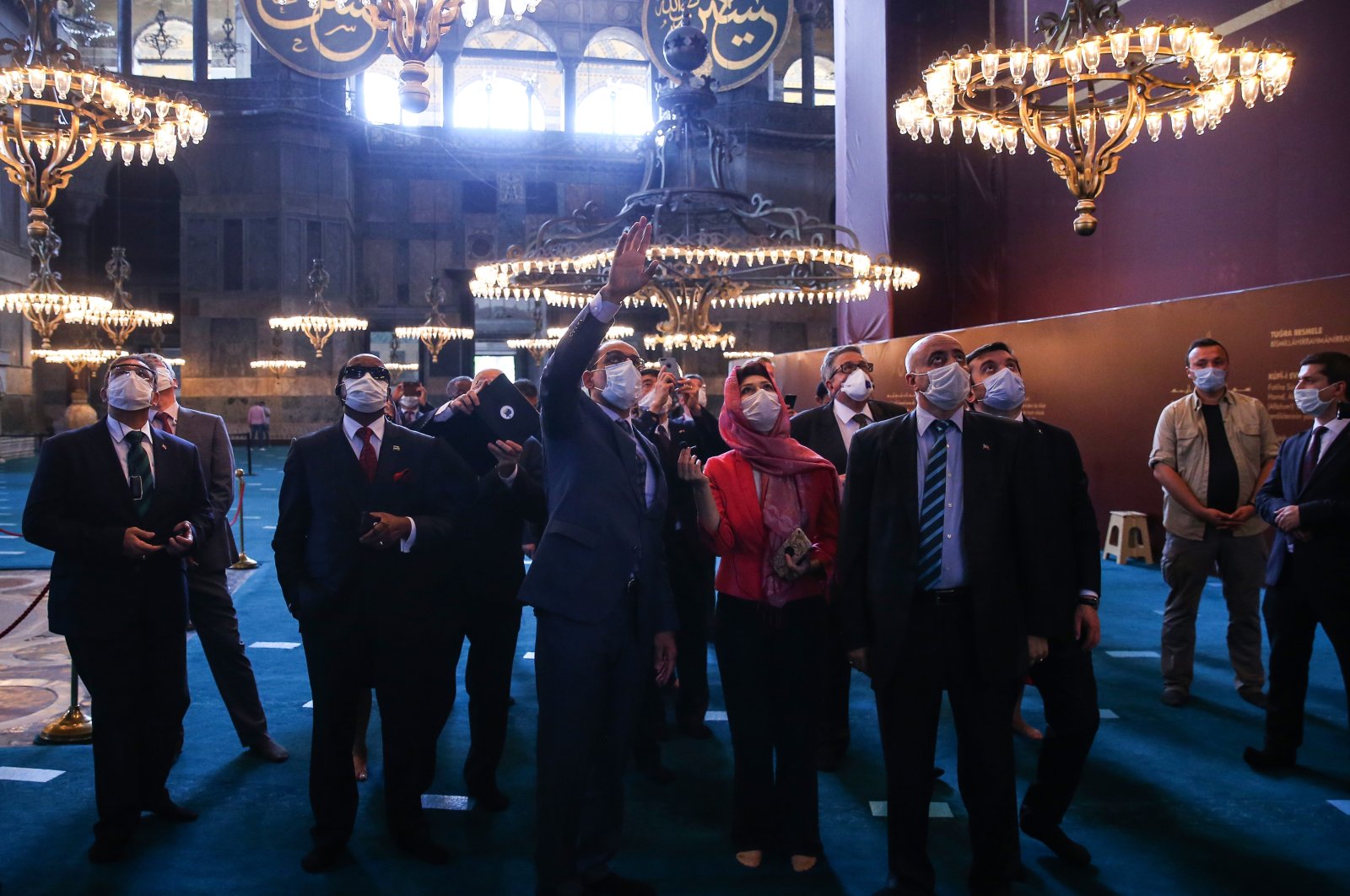 During the visit, Kalın answered questions posed by the diplomats and gave information about the history of the structure. He also underlined the importance of reverting Hagia Sophia into a mosque after 86 years.

"Today, we witnessed again how impressive this place is in terms of its historical identity and artistic aspects," Kalın said, adding that it is a very important structure within the political, cultural, religious and aesthetic history of the Ottoman Empire.

"Even after returning Hagia Sophia to a mosque, we do not have the slightest hesitation about preserving the historical and cultural heritage and identity of it," he said.

After the visit, Kalın and the ambassadors went to dinner at the Topkapı Palace, one of the most famous landmarks of Istanbul that once housed Ottoman sultans when the city was the capital of the empire.

Hagia Sophia, an architectural marvel of the sixth century and a UNESCO World Heritage site, is a former Byzantine basilica that was converted into a mosque in 1453 after the capture of Istanbul by the Ottomans. After serving as a church for 916 years, Muslims used it as a mosque from 1453 to 1934, when it was decommissioned and functioned a museum for the last 86 years.

On July 24, Friday prayers in the Hagia Sophia Grand Mosque marked the first Muslim acts of worship there since 1934, after Turkey's highest administrative court on July 10 said the historical structure was registered in property deeds as a mosque, allowing Ankara to change its status once more.

The Hagia Sophia Grand Mosque is also among Turkey's top tourism destinations and will remain open for domestic and foreign visitors.