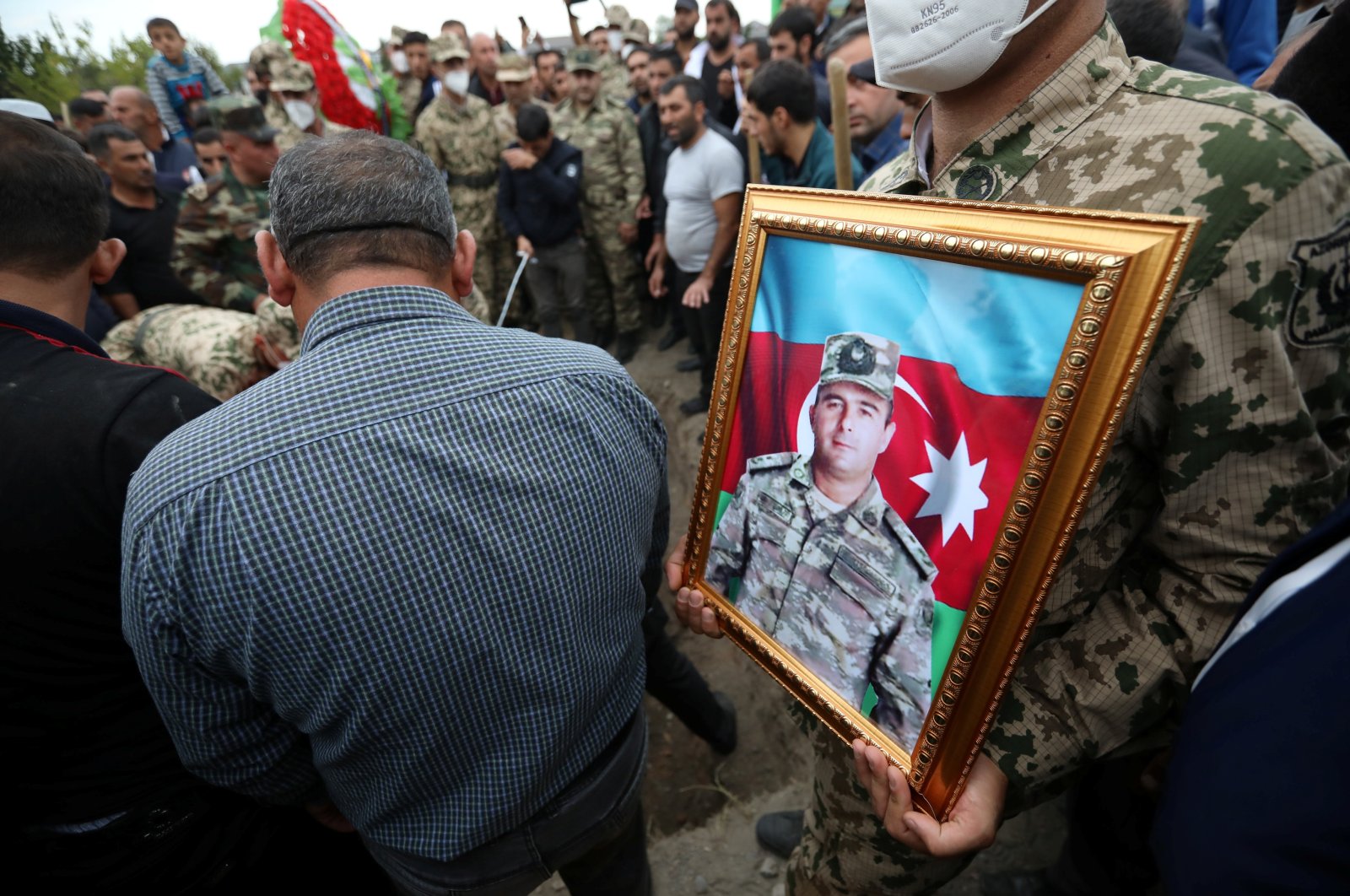 A servicemen holds a portrait of Colonel Lieutenant Makhman Ganbarov, who was killed during the fighting in Armenia-occupied Nagorno-Karabakh region, during a funeral in the city of Barda, Azerbaijan Oct. 1, 2020. (Reuters Photo)
by DAILY SABAH WITH AGENCIES Oct 01, 2020 7:38 pm
RECOMMENDED

Ethnic Azerbaijanis, who constitute a large portion of the population in northwestern Iranian cities like Ardabil, Tabriz and Urmia, poured onto the streets Thursday, in support of Baku amid clashes in the Armenian-occupied Nagorno-Karabakh region.

The protesting groups demanded Iranian authorities close the country’s border with Armenia and the Norduz border gate, through which military equipment have reportedly been transferred to Armenia.

Azerbaijani Turks constitute at least one-third of Iran’s 81.8 million population, according to different estimates. It was approximately 30 million according to Unrepresented Nations and Peoples Organization's (UNPO) 2017 data. They constitute the majority in northwestern provinces of Ardabil, East Azerbaijan, West Azerbaijan – bordering Azerbaijan – and Zanjan, in addition to significant population in adjacent provinces and capital Tehran.

The fiercest clashes between Armenian and Azerbaijani forces in years, over the occupied region, ignited Sunday. As of Thursday at least 130 deaths have been confirmed as fighting spilled over into the fifth day.

Four U.N. Security Council and two U.N. General Assembly resolutions, as well as many international organizations, demand the withdrawal of the occupying Armenian forces from Nagorno-Karabakh.