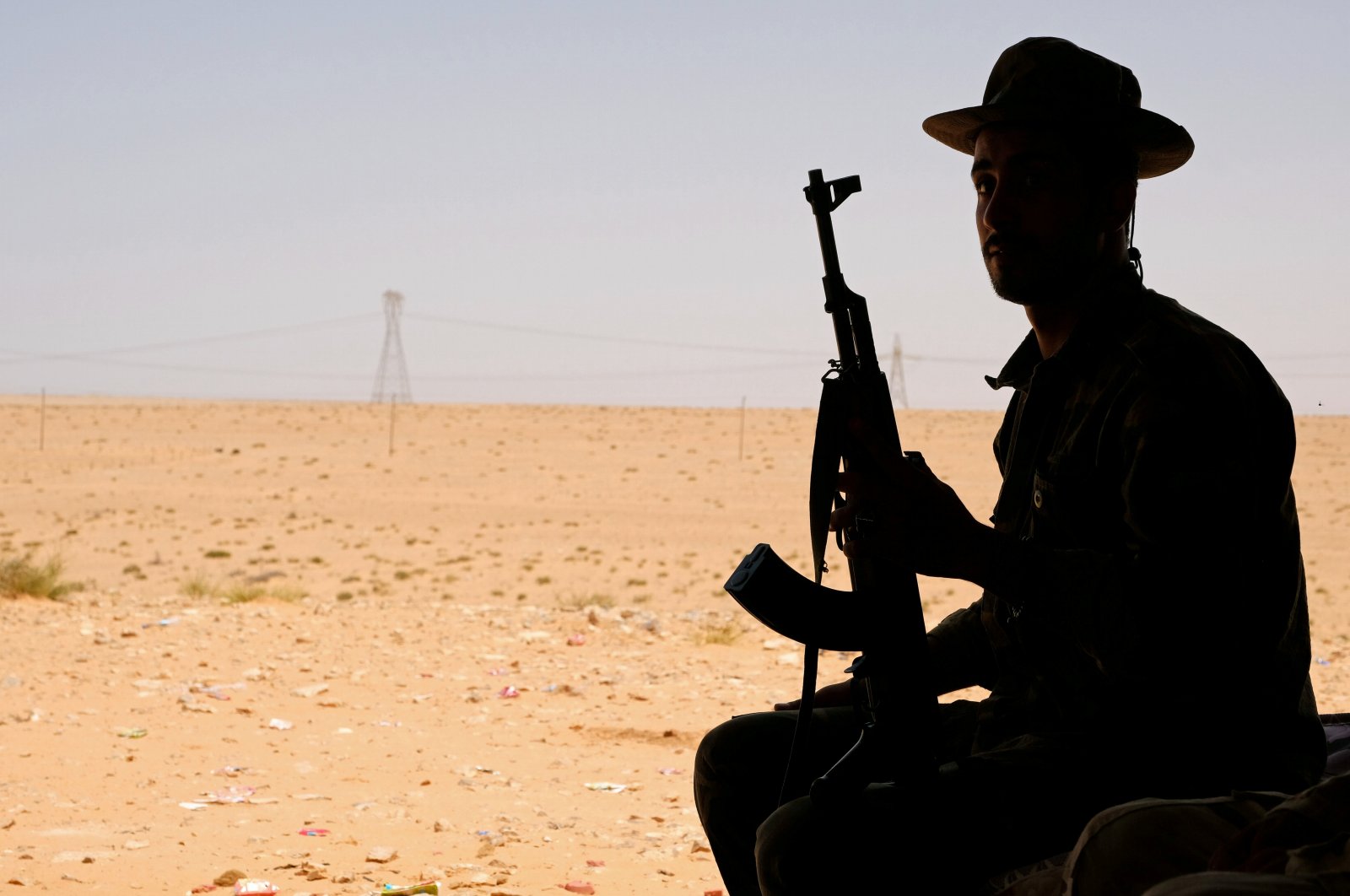 A member of putschist Gen. Khalifa Haftar's militia sits in a tent at one of their sites west of Sirte, Libya, Aug. 19, 2020. (Reuters File Photo)
by Anadolu Agency Sep 10, 2020 9:14 am
Edited By Sinan Öztürk
RECOMMENDED

Abdurrahim al-Kani, who runs a militia with his brothers, is accused of kidnapping, torturing and murdering civilians in Libya's southwestern city of Tarhuna, the Suddeutsche Zeitung daily reported, adding he is also accused of carrying out bomb attacks in the capital Tripoli and other civilian areas.

Al-Kani was treated in January and February this year at the University Hospital Bonn after being injured in an explosion in Libya's northwestern city of Misrata, the report said. The Federal Prosecutor's Office and the Federal Criminal Office were informed about Al-Kani's stay in Germany and the accusations against him.

"Eight mass graves containing at least 230 bodies were found in Tarhuna after government forces recaptured the city in June and the Al-Kani militia fled," the report said.

It said the U.N. Human Rights Commission appointed an investigative commission on mass graves and U.N. Secretary-General Antonio Guterres demanded that a comprehensive and transparent probe be conducted and that the perpetrators be brought to justice.

The German Foreign Ministry said Al-Kani was given a German visa in 2017 and he was able to enter Germany for cancer treatment, the report said.

It was reported that Al-Kani, who continued his massacres after his return to Tarhuna, personally directed the abduction of three women from a family and that the women were killed after being tortured.

It was also noted that the German authorities, the University of Bonn and the International Criminal Court declined to issue statements on the matter.

Libya has been torn by civil war since the ouster of late ruler Moammar Gadhafi in 2011. The Government of National Accord (GNA) was founded in 2015 under a U.N.-led agreement, but efforts for a long-term political settlement failed because of a military offensive by Haftar's forces.