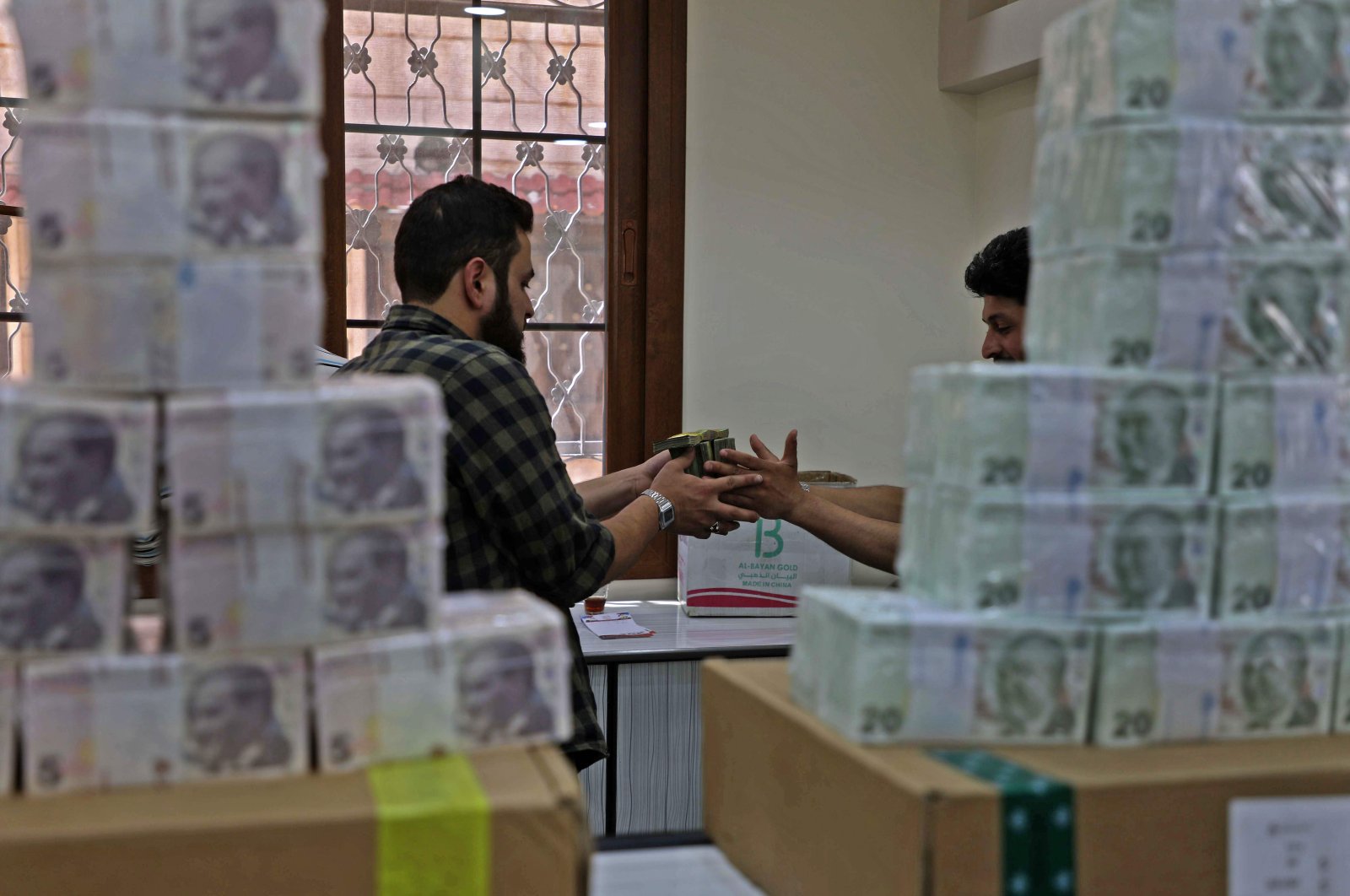 Demonstrators speaking out against the economic collapse of Syria are being violently beaten and arrested by regime forces, while families fear the 'disappearance' of those detained, Human Rights Watch says

Security forces of the Bashar Assad regime responded to a protest in Syria’s southwestern Sweida province on June 15 by beating and arresting protesters demonstrating against the regime’s failure to address the country’s economic collapse. Human Rights Watch (HRW) on Sunday urged the Syrian regime to immediately release all those detained for protesting peacefully.

“People are protesting because they can barely afford to eat,” said Sara Kayyali, a Syria researcher at HRW. “Instead of beating and arresting them, the government should focus on addressing the underlying issues that led people to come out onto the streets again.”

The protests started on June 7 when between 50 and 100 people gathered in front of the governorate center in Sweida, which is under the control of the regime, to protest deteriorating living conditions and corruption.

With the world focused on combating the coronavirus pandemic, the Syrian regime has struggled to support the battered economy. After nearly a decade of war, the country is crumbling under the weight of yearslong Western sanctions, regime corruption, infighting, a pandemic and an economic downslide made worse by the financial crisis in Lebanon – Syria’s main link with the outside world.

While Assad may have won the military war against his opponents with the help of allies Russia and Iran, he now faces an even bigger challenge of governing while more than 80% of his people live in poverty.

For years, Assad has ignored the needs and safety of the Syrian people, only eyeing further territorial gains and crushing the opposition. With this aim, the regime has for years bombed vital facilities such as schools, hospitals and residential areas, causing the displacement of half the country’s population.

In regime-held areas, prices go up several times a day, forcing many shops to close, unable to keep up with the chaos. This week the Syrian currency dropped to a record 3,500 pounds to the U.S. dollar on the black market – compared with 700 at the beginning of the year. Some staples such as sugar, rice and medicine are becoming hard to find.

As the regime has proven not to be able to control the Syrian pound anymore, several regions in northern Syria have reportedly been switching to using the Turkish lira.

During the protests that continued in the following days, people demanded the removal of Syrian dictator Assad as well as an end to foreign intervention by Russia and Iran.

After the protest ended, an armed group in military clothing arrested one of the participants at a bookshop near al-Inaya hospital in the city, a close friend of the person told HRW. As of June 25, the participant’s whereabouts remained undisclosed.

Another activist who participated in the protests said uniformed security forces and pro-regime militia, commonly known as shabiha, suddenly attacked protesters from across al-Karameh square. Some also came reportedly out of the shops behind the protesters.

“We got surrounded and attacked,” the protester told HRW. “They violently beat us – it was ugly and inhumane. They arrested the protesters after some got injured. I saw the guys getting arrested, and I saw them getting beaten in a barbaric manner. They beat us with their batons, their hands, their legs. There were so many of them.”

The rights group also reviewed photographs and videos that were shared directly by activists with researchers as well as videos posted online by Suwayda 24, an opposition-affiliated media outlet. A video of Suwayda 24 on June 15 accordingly displayed people in police uniforms with shields beating at least one protester with batons in the square, consistent with the witness accounts.

Relatives of the protesters and witnesses said that security forces arrested at least nine participants, giving their names.

“Whenever they’d attempt an arrest, we’d try to find a way to get away from them,” the person elaborated, “Shabihas and Kata’eb al-Baath (members) pushed my friend on the ground and started beating him. There were four of them. I tried to get hold of his hand and pull him from under them but failed – they started beating me too. I lost sense of time.”

Even though activists called for another demonstration, people were discouraged after the heavy deployment of Shabiha and security forces.

A lawyer for one of the families whose relative was arrested stated that a security committee in Sweida requested the transfer of all those detained, with one exception, to Damascus. Deeply concerned by the transfer of the detained protesters to Damascus, relatives feared that this would mean that the detained would be killed or “disappeared.” HRW previously documented the torture, mistreatment and extrajudicial execution of peaceful protestors in Syria, including in the capital’s security branches.

HRW urged an investigation of excessive use of force against protesters and for those responsible to be held accountable.

“Given the Syrian government’s brutal history, it is amazing that people felt desperate enough that they came out to protest,” Kayyali said, “The Syrian government needs to realize that so long as it rules with corruption and repression, there will always be opposition.”

Most recently, the U.S. announced new sanctions on the Syrian regime for its crimes, targeting 39 new entities under the Caesar Syrian Civilian Protection Act of 2019, which Trump signed into law in December.