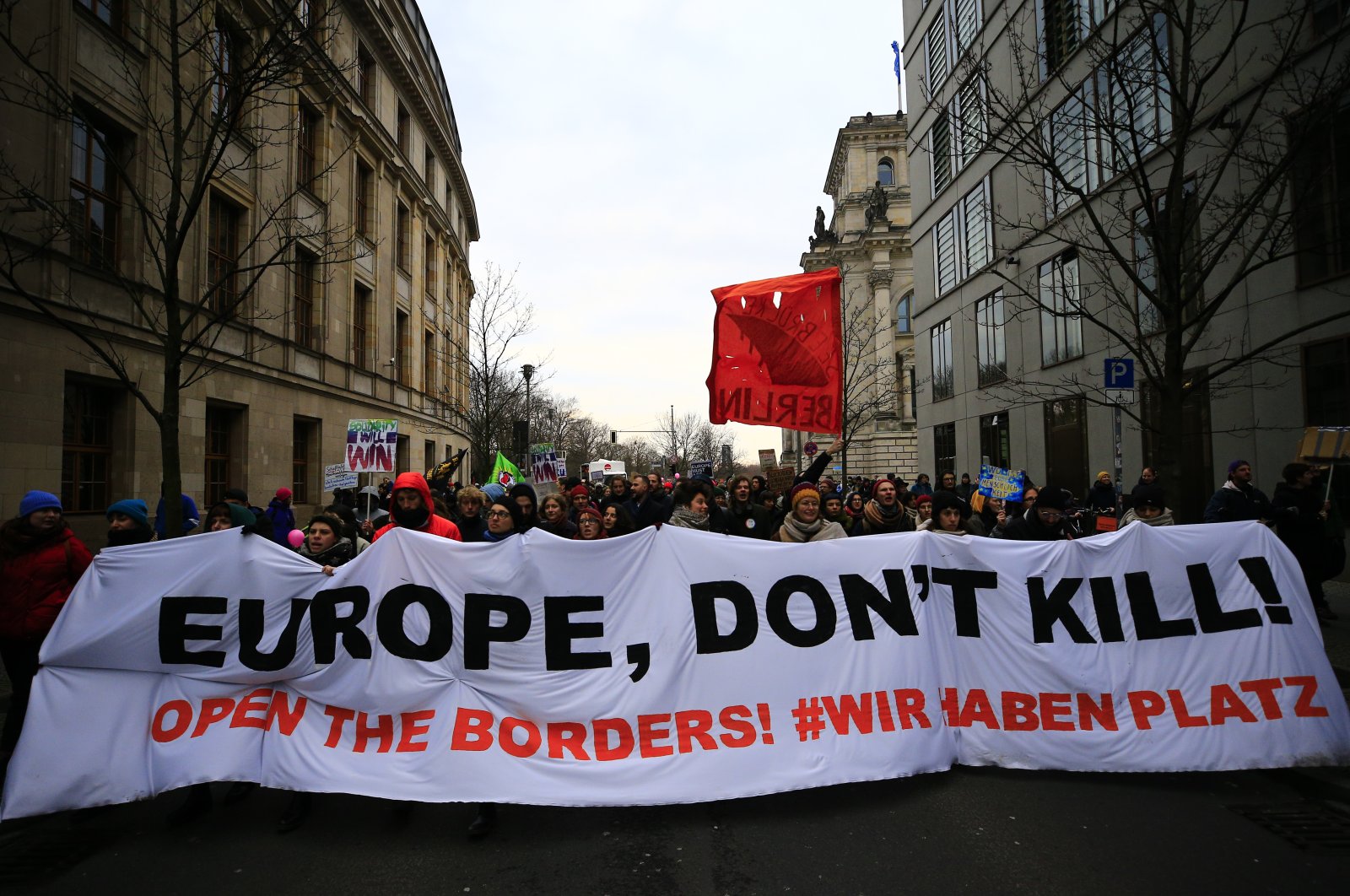 Rallying in the German capital Berlin on Saturday, thousands of protesters called on the European Union to accept asylum seekers waiting desperately at Greece's border while enduring ill-treatment under harsh conditions.

Gathering in a large rally organized by the Seebrucke (Sea Bridge) movement, protesters criticized the EU's migration policy with slogans calling for open borders and action to help asylum seekers.

A speaker at the demonstration said: "We know that there is space in Germany for asylum seekers who have been drowned, humiliated, tortured and killed at the Greek border."

The Seebrucke movement announced that 4,000 people attended the demonstration, with another 5,000 attending a similar demonstration in Hamburg. The protesters shouted slogans like "Open borders!," "Save lives!” and "We have a place!"

The refugee crisis has been the main topic of discussion between Turkey and the EU recently after the former’s decision not to hold back migrants anymore as it already hosts nearly 4 million of them.

The Greek reaction to refugees has been harsh, with several killed and many battered, attacked and teargassed by Greek forces while Athens also announced that it would suspend asylum applications for a month.