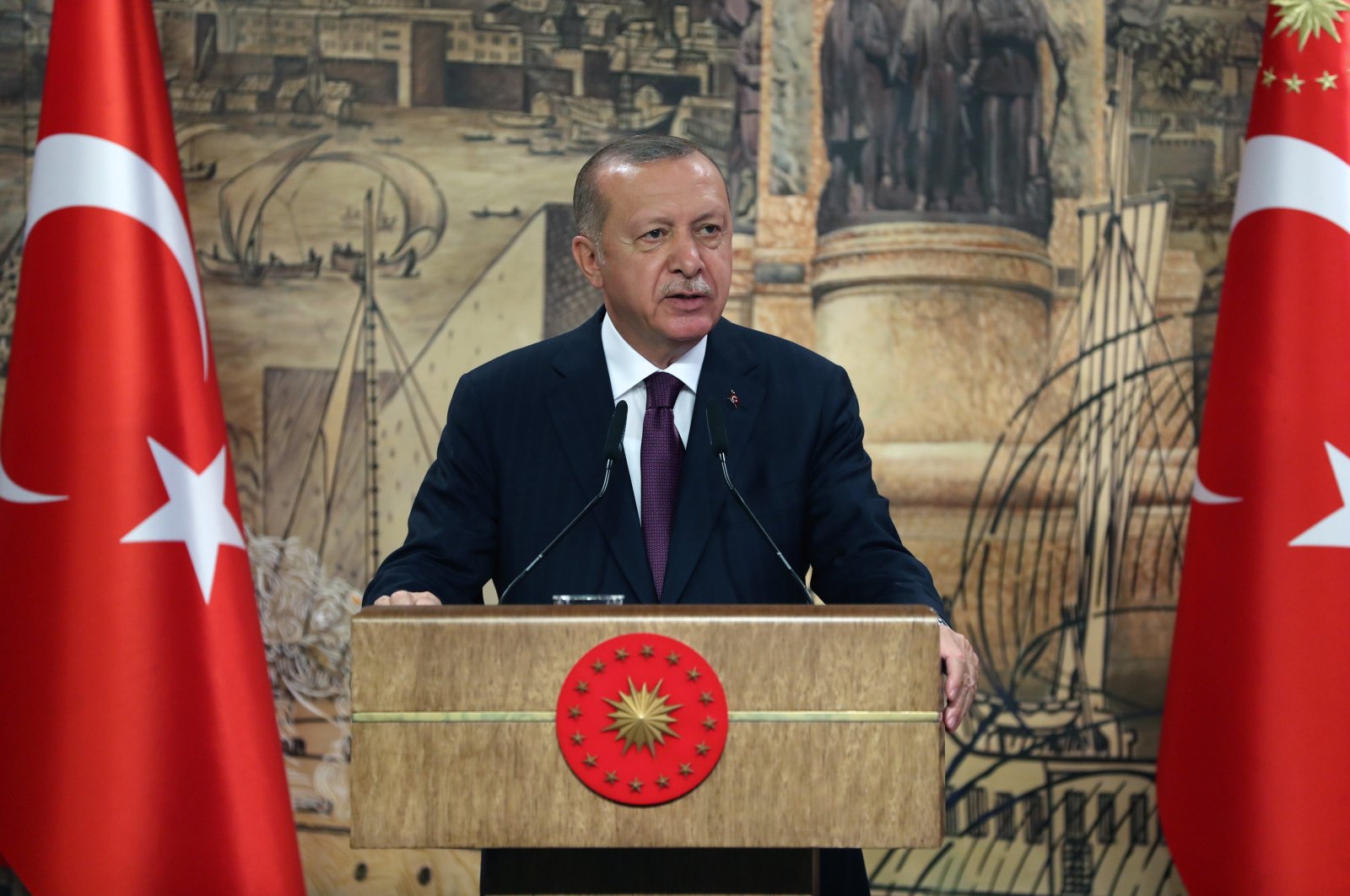 Erdoğan addressed supporters with a program for 100,000 new members at the AK Party offices in Istanbul.

Erdoğan said the party is one of the most distinguished political organizations in the world with more than 10.5 million members.

Drawing attention to new ways to reach potential members, he said it is unthinkable for politics to stay out of digital platforms in an era when everything is digitized.

"We have established a system to receive member applications online," he added.

Erdoğan said the mobilization of new members would bring about a different dynamism and new excitement to the party's organizations.

"I believe that by working much harder together we can reflect the decision of Istanbulites to the ballot box with record voting rates – first in 2023 and then in 2024. We will receive the same results across Turkey," he said.

Erdoğan also said the party would carry out its activities without excluding, breaking or upsetting anyone, stressing the importance of the spirit of fraternity.

He said there would always be a place in the party for all kinds of opinions, provided that they oppose terrorism and violence.

Erdoğan said the destinies of the party and the country are integrated, and if Turkey is standing strong and moving toward science, it means that the AK Party is doing its job correctly.

"By Allah's leave, we will never return from the road of service to the country and nation," he said.

Founded on Aug. 14, 2001, under the leadership of Erdoğan from within the "righteous movement," the AK Party has become the most successful political party in modern Turkey’s democratic history thanks to its successive election victories and reforms that have advanced democracy and the economy in the country.

With millions of members, the party’s voter base includes millions of people from various political backgrounds. Since winning the majority of votes in its first election, the AK Party has sequentially increased its voters in all subsequent elections.

In fact, the party is known for its dynamic structure, reviving itself when necessary. Erdoğan led a rejuvenation process in the party back in late 2017, repeatedly speaking of “mental fatigue” within the party.

The AK Party's journey first gained momentum on Nov. 3, 2002, only one year after its foundation, when it achieved enormous success in the first general elections, garnering 34.3% of the vote and earning 363 seats in Parliament.

As a result, over the last 19 years, two presidents and four prime ministers have been elected from within the AK Party. In the presidential election of 2018, Erdoğan, who remains head of the party, became the first democratically elected president in Turkey’s new system of a presidential government.

The AK Party’s congresses, previously paused due to the ongoing coronavirus pandemic, re-started in early August.

The party will also start organizing its provincial congresses in early December, which Erdoğan will attend via videoconference.

The AK Party, which has implemented strict measures to prevent spread of the coronavirus among party members, has been very careful in its non-online congresses too.

In those meetings, the attendees are first tested for temperature. They are also distributed masks and disinfectants.

Health workers are also present in the congresses, where hand shakes and hugs are banned.