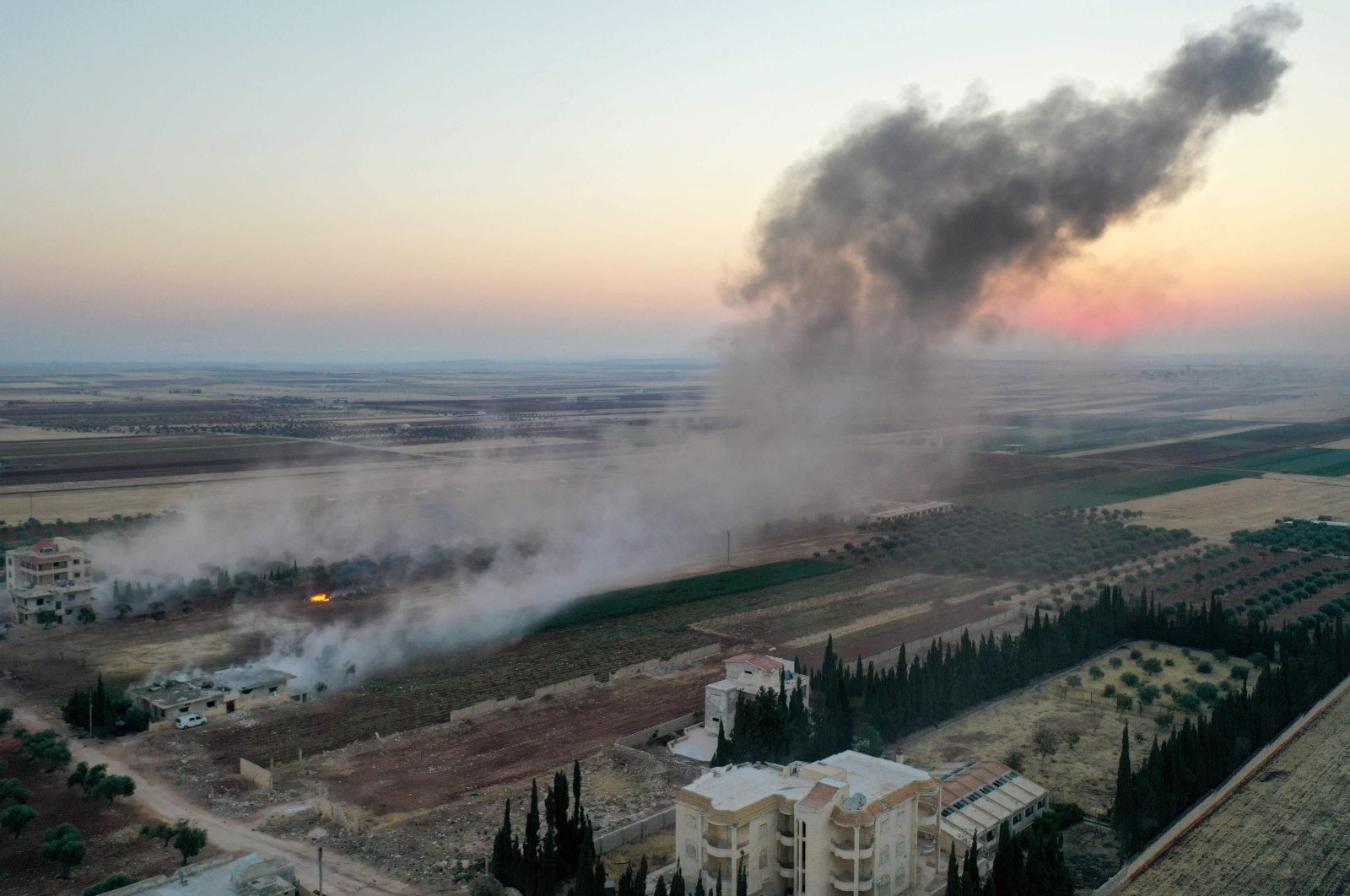 Russian warplanes bombed mountainous areas held by Syrian opposition forces in the western coastal province of Latakia on Monday as Bashar Assad's forces hit the area with artillery and rocket fire, an opposition group and a war monitor said.

The Syrian regime army and its allied forces also clashed with opposition fighters while trying to advance on a frontline town near the strategic Jabal al-Akrad mountain range, said Jaish al-Nasr and the British-based Syrian Observatory for Human Rights.

An opposition tracking center that monitors military aircraft movements said the airstrikes by Russian warplanes had stopped by the early afternoon.

There was no mention of the operation on Russian or Syrian news agencies.

Moscow has long backed Assad in his nine-year-old war against opposition groups. Russia has an air base in Latakia.

The Syrian regime army has launched several campaigns to try to seize the Kubayna mountain in Jabal al-Akrad. The eviction of opposition forces from commanding positions in the area would bring the army closer to securing parts of Idlib, in the northwest, and the main highway connecting the cities of Latakia and Aleppo.

Idlib has long been under siege by the Assad regime's forces and its allies, and previous cease-fires in the region have been plagued by violations. The area is also populated by hundreds of thousands of internally displaced persons who rely heavily on humanitarian assistance. The region's population had gradually increased as many people have fled from regime attacks and oppression by terrorist groups. The displacement of civilians has intensified since mid-December, however, when the Russian-backed Assad regime started a new assault to seize the last opposition bastion. It is estimated that over 1 million Syrians have moved near the Turkish border due to intense attacks over the past year, while half of these Syrians were displaced after November 2019.

As tensions heightened, Russia and Turkey in March reached an agreement to halt the violence and the flow of displaced civilians. As part of their deal, military activities were stopped in Idlib and a 6-kilometer (3.7-mile) security corridor was established along the critical M4 highway. Since the cease-fire, relative calm has prevailed in the region, while Turkey and Russia have been conducting joint patrols along the M4.